President Donald Trump isn’t the only one with a new job. Since Inauguration Day, positions up and down the federal bureaucracy have been filled with new people, working side by side with the legions of employees who have spent their entire careers in government. It’s a challenging situation for any new administration. 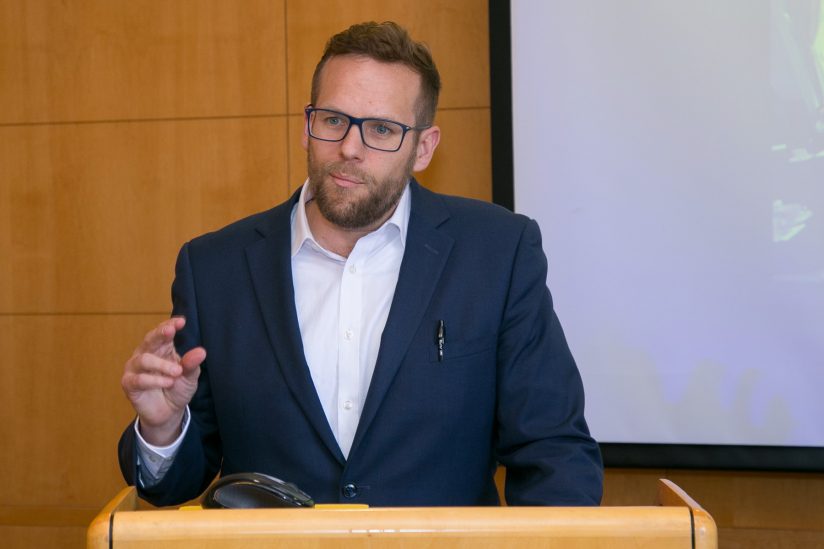 William Resh is the author of the new book Rethinking the Administrative Presidency. (Photo/David Giannamore)

William Resh of the USC Price School of Public Policy has focused his research on public management with focus on public politics, management of federal executive agencies, and penned a book, Rethinking the Administrative Presidency: Trust, Intellectual Capital, and Appointee-Careerist Relations in the George W. Bush Administration. USC News asked him to explain the transition process and the impact Trump’s appointees could have on running the government and implementing policy.

USC News: Is the transition to the Trump administration similar to previous presidential transitions?

Resh: [The Trump transition team] is falling into the classic trap with the thought that government needs to be run like a business. They arrive with a narrow value set and narrow policy perspective with the expectation that everyone will fall in line according to the policies at the top.

This initial interaction creates distrust between the careerists and the new administration.

What kind of effects can this have on the running of the government?

Often, careerists may be passive in their compliance with directives and just do what they are told – it fosters an unwillingness to work hard on behalf of the president. They may not alert higher ups that something has already been tried in the past. Instead of making use of the vast institutional knowledge available to them, new administrations are unwilling to tap into that.

Would you call this an unusual transition?

It is unusual in the sense that there is typically professionalism in an agency. Careerists provide a separate check and balance to protect against political moral hazards or short-term electoral considerations that may be counter to the public’s best interest.

Intellectual capital is built and created through the exchange of information. Without exchange and failing to take the time to learn from the wide base of institutional knowledge, they cannot expect to have their policies immediately implemented.

So why is this system in place?

We have a civil service system built on the idea of a merit system designed to keep employment practices free of political influence, which is why it is very difficult to fire a bureaucrat. Career civil servants try to protect against politicization. When a president selects agency heads in the manner Trump has, select market segments are going to be favored in the policy-making process.

Policies used to come from agencies, but now presidential administrations are building a parallel bureaucracy out of the White House. Instead, [the White House] is the one to craft policy. This trend fails to take into account common spillover effects that agency experts are more equipped to tackle institutionally – subsequently, unintended consequences emerge and an inevitable politicization of the policymaking process takes place as the White House is far more responsive to interests important to it and its party electorally.

Have the seeds of distrust already been sown between the careerists and Trump’s appointees?

There were many reports that agencies had not heard from the Trump administration prior to Inauguration Day. Although government agencies are tasked with preparing reports for the incoming administration, there was no communication about the new president’s policies.

The Trump administration had many opportunities to build a relationship with the bureaucracy, but so far it isn’t promising.

Journalist Mara Liasson looks at politics in the Trump presidency

The NPR correspondent focuses on what we can expect from a leader who does the unexpected.

Tax incentives handed to filmmakers offer minimal return in terms of job or wage growth yet some states opt to outbid each other for films.

A presidential transition: How the new team members work with the government ‘lifers’