It seems everybody loves a cooking competition — especially when the competitors are chefs from various USC food-service facilities. 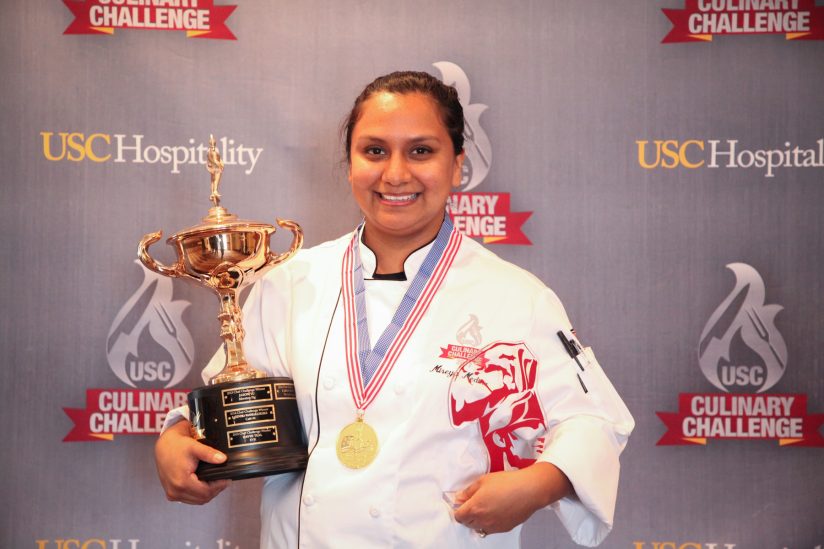 The real winners, though, may be the folks who get to eat these pros’ fine feasts every day.

David Teal went up against fellow chefs from nine other universities. Next up: nationals.

Looking for tasty ways to get your vegetables? She wrote the book on it

With the holidays around the corner, author and alumna Cathy Thomas gets an invite to foodie heaven: New York’s James Beard House.

USC researchers develop a smartphone app that suggests recipes made from food on hand to suit a family’s tastes and needs.

Food service pros face off: Who will be named the top chef of USC?