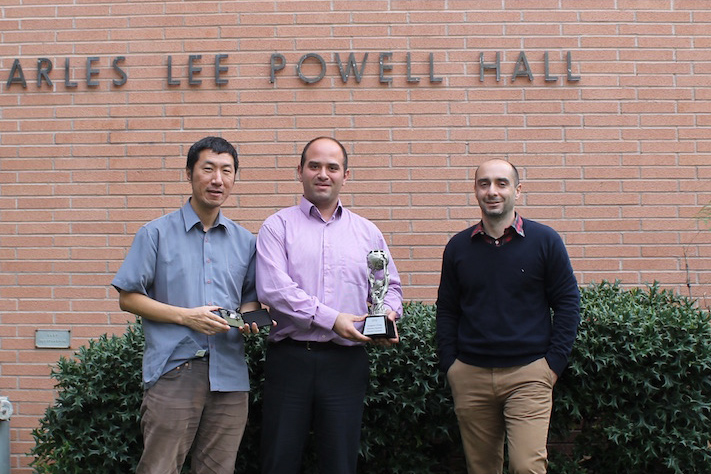 Now in its third year, the competition attracted more than 250 proposals from 41 countries.

The USC researchers designed a new architecture allowing them to pack electronic circuitry onto a single chip.

Abediasl reflected on the team’s success.

“The fact that our skills complemented each other really well was helpful,” he said. “Professor Hashemi brought the initial vision and managed the project. I developed the core technology from scratch and SungWon brought it to the next generation.”

In the near future, that means drones and self-driving cars could operate at unprecedented speeds and efficiency. It also means that even more futuristic technologies just got closer to becoming a reality.

Imagine a kind of 3-D FaceTime with your smartphone where instead of speaking to a simple screen, you’re talking to a three-dimensional projection of a friend. Remember that Return of the Jedi scene in which the rebels bring up the 3-D specs of the Death Star and show everyone the location of its weak point?

Yes, that may be where the research could one day be heading.

The entrepreneur’s $35 million gift ushered in a decade of remarkable achievements for the USC Viterbi unit.

USC Viterbi dean lauds the recognition of the trustee’s impact in technology and engineering.

The Center for Cyber-Physical Systems seeks to improve urban living through smart infrastructure and connected communities.