Judging from how it’s gone so far, 2017 is going to be quite a year for the Trojan Family. Here are some of our favorite images from Monday’s festivities in Pasadena. (For full photo coverage of the Rose Bowl game, visit the USC Athletics website.) 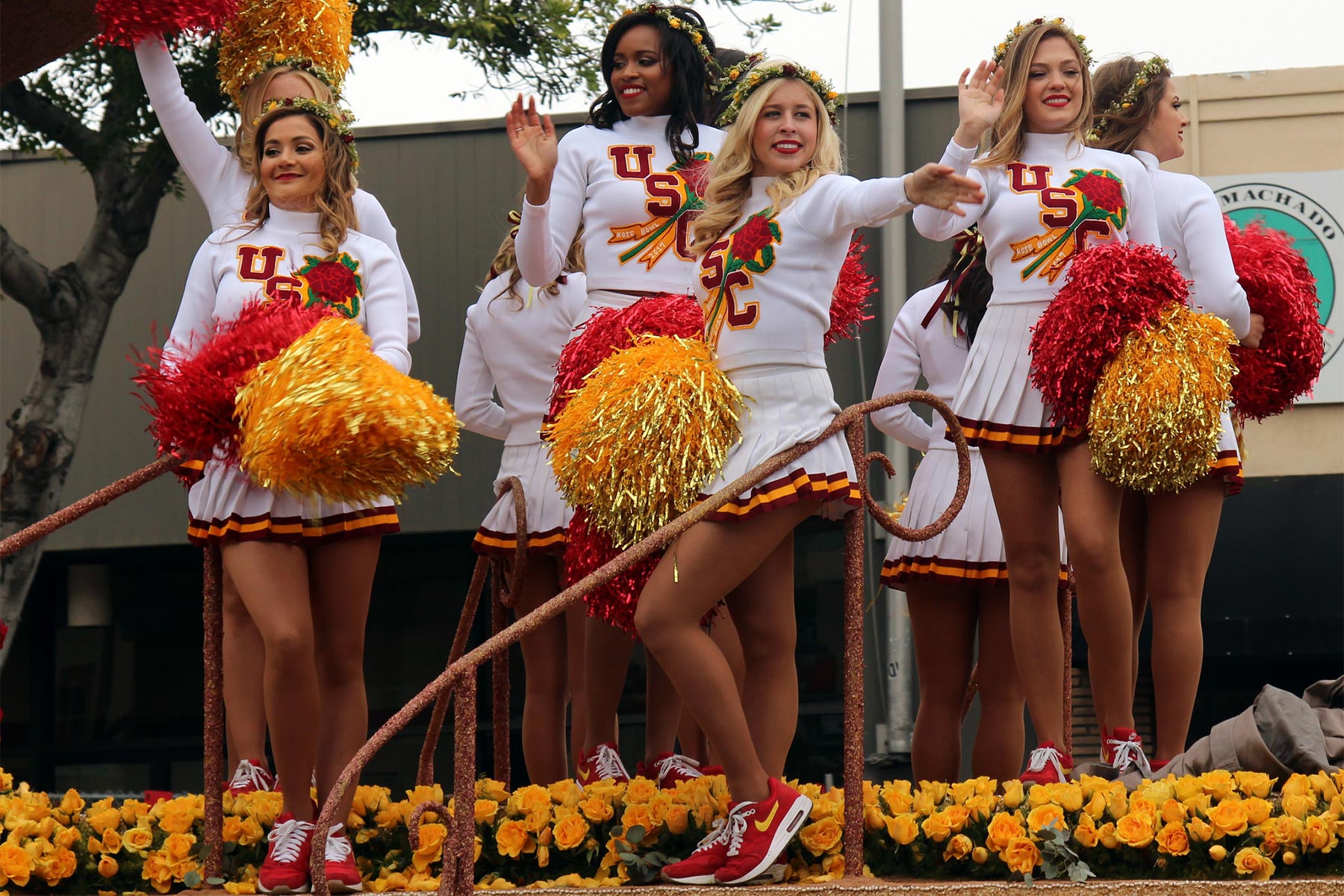 The USC Song Girls perform in the 2017 Rose Parade. Other Trojans in the annual event included the Trojan Marching Band, Olympians April Ross and Haley Anderson on the LA2024 float and two of the three grand marshals. (Photo/Prayitno)

The Song Girls and Yell Leaders pass by as the Trojan Marching Band performs familiar melodies for the USC fans lining the parade route. (Video/Courtesy of KSAZ) 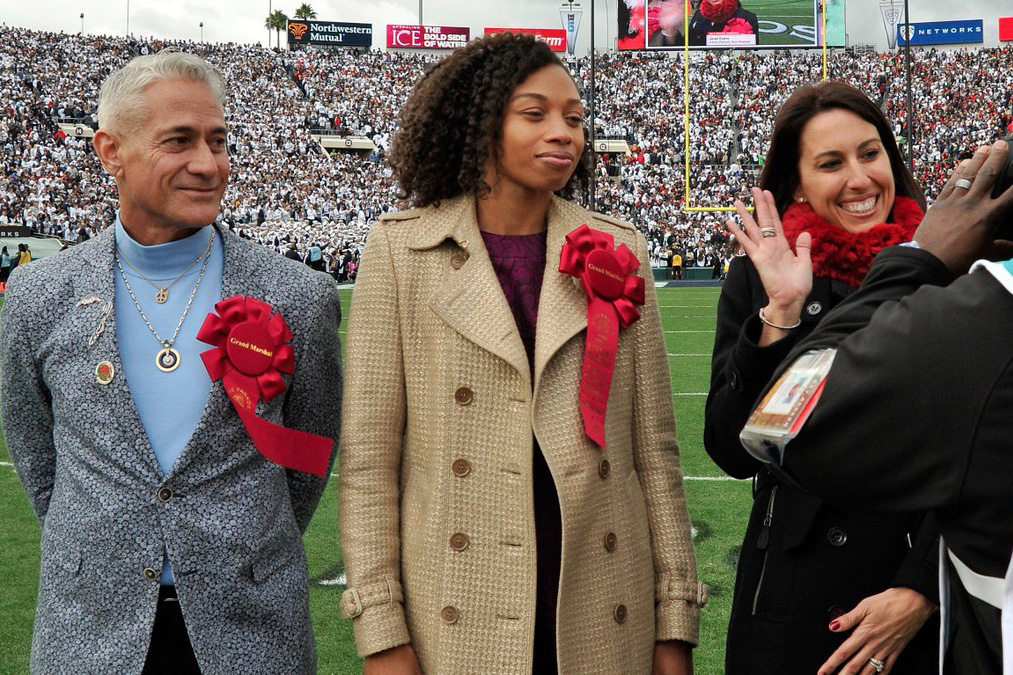 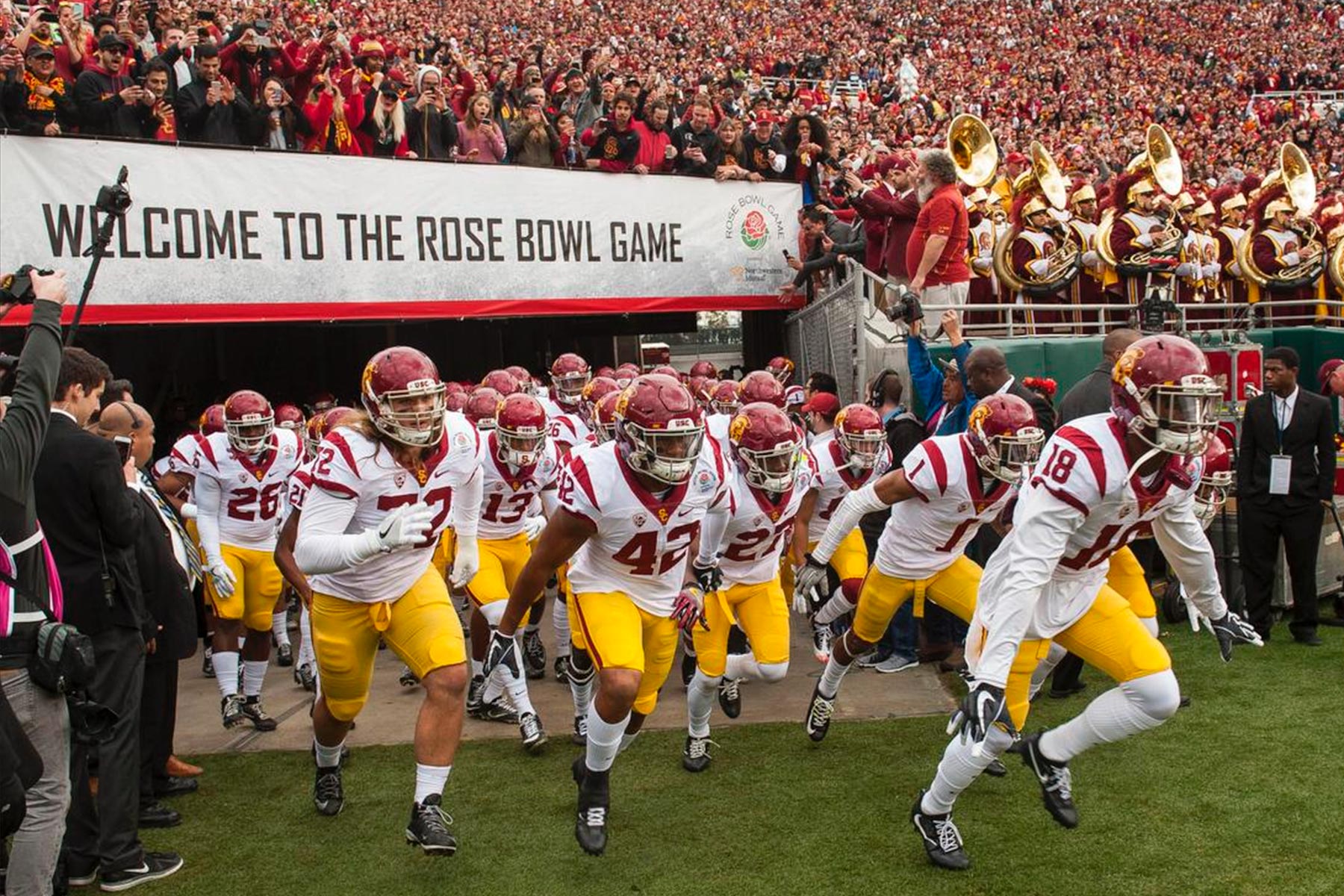 The Trojans take the field just before the game gets underway. (Photo/Paul Rodriguez, The Orange County Register) 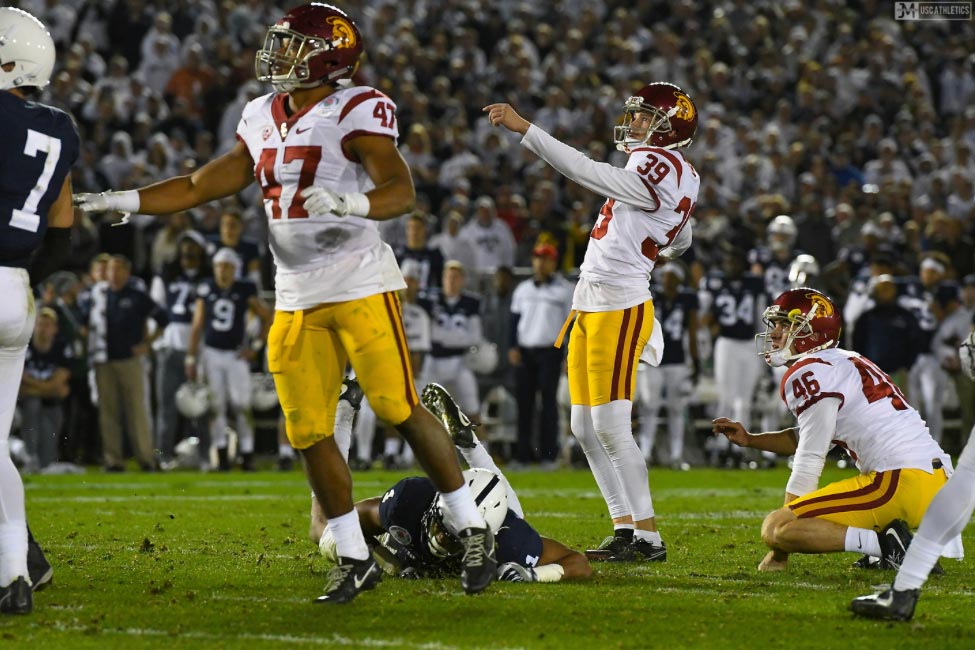 All eyes — including those of USC kicker Matt Boermeester (39) — are on the final kick as it heads toward the goal posts. (USC Photo/John McGillen) 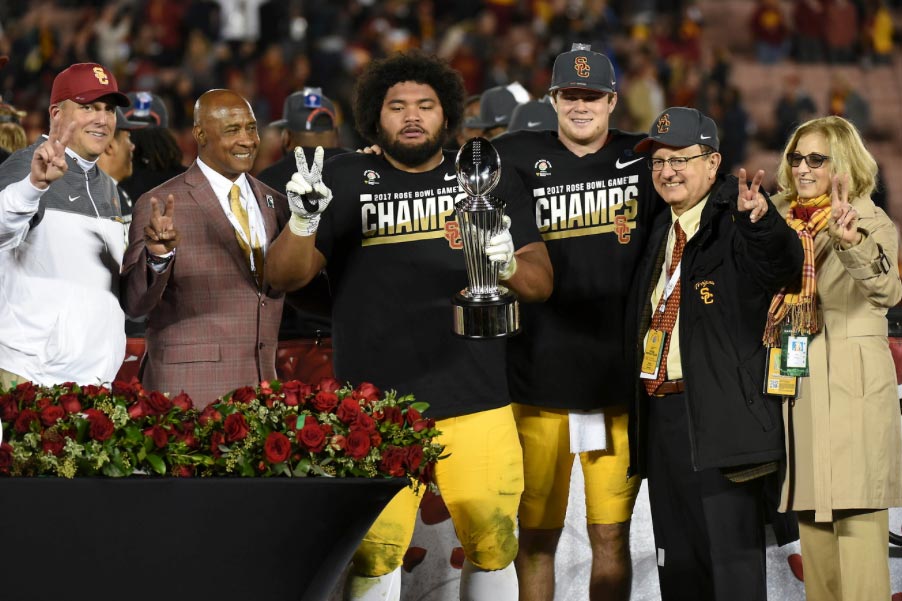 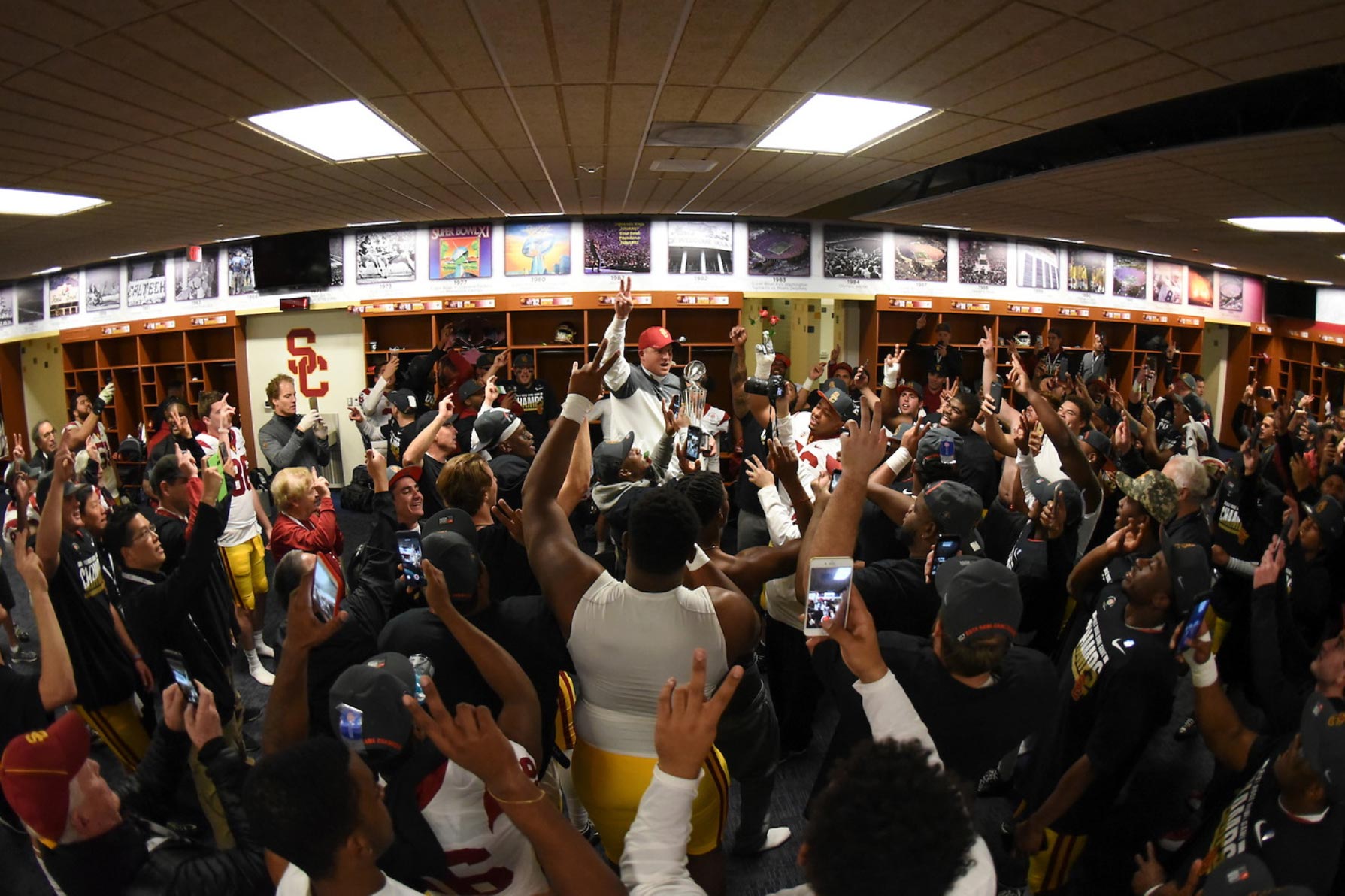 After a hard-fought battle, coach Clay Helton celebrates with his team in the locker room. (USC Photo/John McGillen)

Stevie Tu’ikolovatu takes Rose Bowl honors, but has a bigger picture in mind