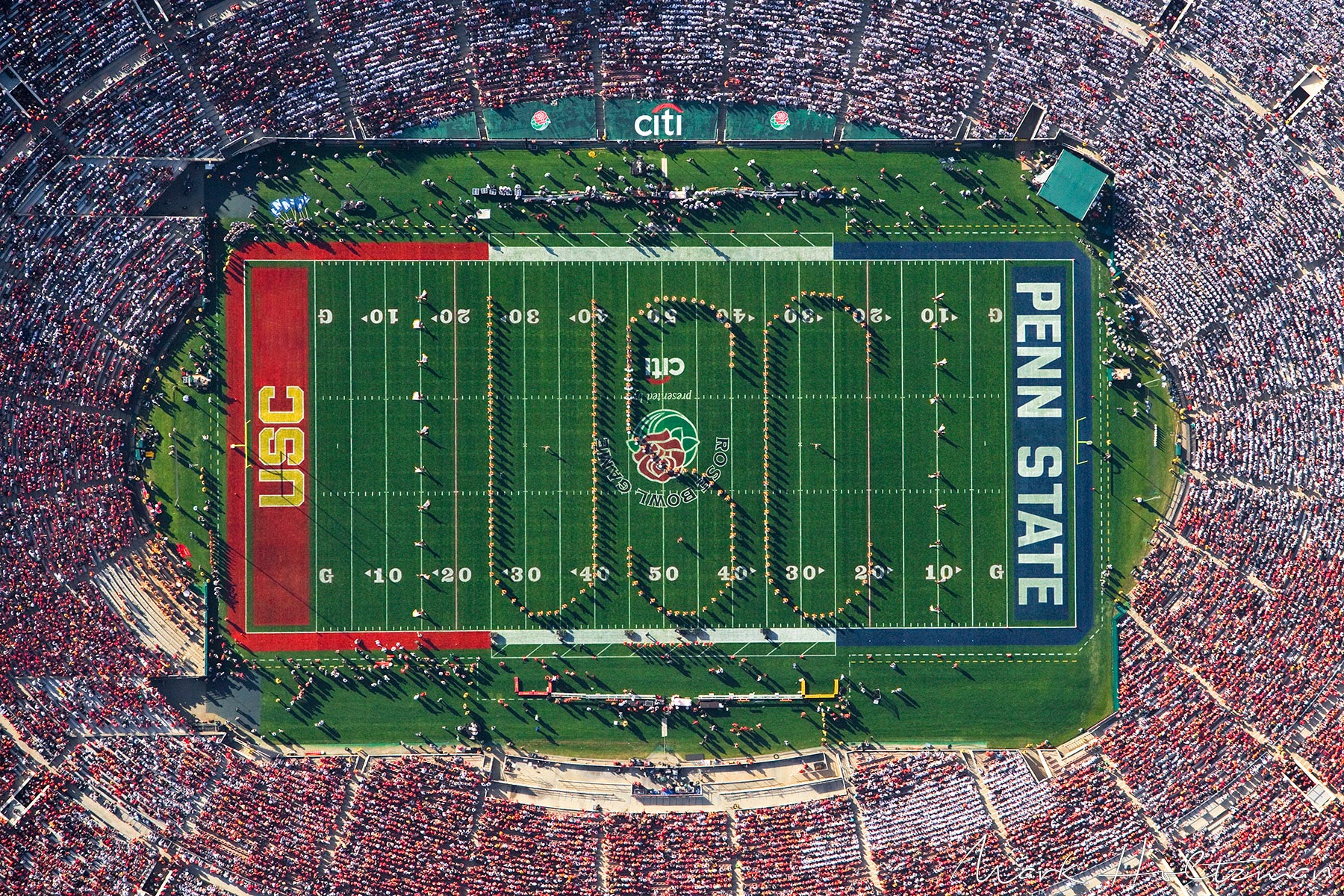 A familiar foe will greet the Trojans across the field in Pasadena on Jan. 2 — and the USC Trojan Marching Band will be ready.

The Penn State Nittany Lions were the Trojans’ opponent at the both schools’s first Rose Bowl game appearance in 1923 and, since then, the Trojan Marching Band has not missed a football game pitting the two traditional football powerhouses or, for that matter, any Rose Bowl game involving USC.

The band celebrated its 375th consecutive game at the Trojans’ regular season finale against Notre Dame, a 30-year streak. Since 1987 the band has traveled more than 335,000 miles through 22 states, playing for 24.5 million fans.

USC has played in more Rose Bowl games than any other school, and the Trojan Marching Band has been there at “The Grandaddy of Them All” every time. Arthur C. Bartner, in his 47th season as director, has taken the band to half of those.

The Trojan Marching Band will perform before and at halftime. Its pregame show will feature USC’s traditional fight songs — “Fanfare,” “Tribute to Troy,” “Fight On!” and “Conquest” — with the band forming “USC” and “Trojans” on the field. At halftime the band will present a salute to 2016’s “Ladies of Pop,” featuring “Confident” by Demi Lovato, “This Is What You Came For” by Calvin Harris ft. Rhianna, “Into You” by Ariana Grande and “Don’t Let Me Down” by The Chainsmokers ft. Daya. A portion of the show will air live nationwide on ESPN.

Not just at the game

The TMB will start its morning on the 2nd at 3:30am in preparation for the 128th Rose Parade. The parade begins at 8 a.m. at the corner of Green Street and Orange Grove Boulevard and winds 5 1/2 miles through Pasadena. Over the course of its 34 appearances at the Tournament of Roses, the band has marched 187 miles.

Leading up to Jan. 2, the Trojan Marching Band will perform at various events in the Los Angeles area including a pep rally at 7 p.m. Dec. 29 at The Americana at Brand, the traditional appearance at Disneyland at 2:30 p.m. Dec. 30 and the Tournament of Roses Bandfest at 4:30 p.m.

This year the band has traveled to Macao for the Chinese New Year, appear on The Tonight Show Starring Jimmy Fallon and performed with various headlining artists, including Major Lazer at Coachella, Fitz and the Tantrums at the Greek Theatre and Mick Fleetwood at the Shrine Auditorium.

This year the program also kicked off the landmark $15 million Trojan Marching Band Initiative Honoring the Legacy of Arthur C. Bartner, a four-year fundraising campaign to secure the future of the TMB after Bartner’s planned retirement in 2020. The initiative aims to endow scholarships for every band member, support the band’s football trips, and help renew and upgrade its inventory of instruments and uniforms every eight to 10 years.

USC definitely came out on top Monday, from high-profile appearances in the Tournament of Roses to a last-minute shocker on the playing field.