You know the drill — you search airline fares online and try to grab that “super saver” fare, but all bets are off if you’re booking a high-demand travel day like Saturday. Then, as seats fill up, prices go up even higher. Those varying fares are known as “dynamic pricing,” and the airline industry — and many others — have made a bundle in profits from the practice.

Ordal’s article details how the new “share economy” — businesses like Uber and Airbnb that allow people to earn income based on sharing assets that they own — is finally able to make use of big data to set pricing through new tools like Everbooked, which allows smaller companies to automatically set prices for goods and services based on demand.

“At one time, the benefits of dynamic pricing were limited to large, highly organized businesses,” she writes. “Today, with the rise of the share economy, that landscape is dramatically changing.”

The online economics journal based at the USC Dornsife College of Letters, Arts and Sciences was launched last month to give students like Ordal a venue to produce writing that highlights their insights and research. 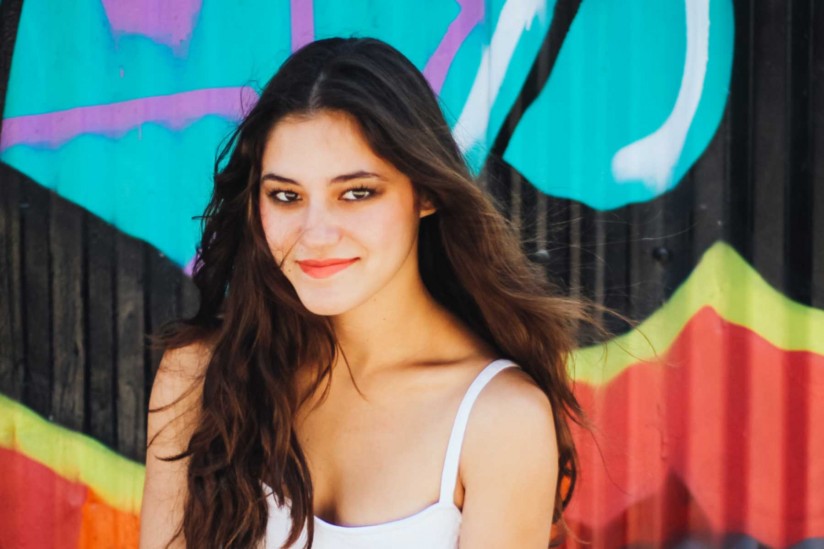 Tiana Lowe is one of four student editors. (Photo/Courtesy of Tiana Lowe)

Tiana Lowe, a junior economics and math major, is one of four student editors who run the journal.

“What we’re trying to do is take the knowledge we learn in the classroom, which can feel like it exists in a vacuum, and apply it to real-world events,” she said.

The goal is for students to provide commentary on economic issues — like dynamic pricing and the share economy — with the expertise they gain from their studies, while making them engaging and understandable for a general audience, said Lowe, campus editor for The Tab and a writer for the USC Viterbi School of Engineering Communications Department. Lowe also used to publish a column in the Daily Trojan.

“It’s about taking economics topics and contextualizing them for the average reader while also presenting a relatively sophisticated analysis or opinion,” Lowe said. Also, she noted, building up communication skills is crucial as students to prepare for the job market.

“If you talk to economic consultants, they say that 50 percent of their job is being able to communicate effectively,” she said.

Professor of economics and spatial sciences Matthew Kahn is the faculty adviser for the journal. He sees it as a natural extension of classroom learning and a way for students to build up their portfolios for employment or graduate school.

“I teach students about environmental and urban economics, but of the things that excite me, I often wonder what about these topics excite my students,” he said. “To sort of flip the classroom, the USC Economics Review has been launched to showcase our students and give them a platform to share their knowledge and writing ability.

“It’s a way for them to become better economists as they investigate issues that are important to them, whether it’s EpiPen pricing, homelessness or Donald Trump’s presidential platform.”

To date, USC Economics Review contributors have published articles on the cost of reconstruction in Colombia, a look at Japan’s fiscal policy and an examination of Trump’s proposed tax cuts, among other topics.

Justin Scott, a senior economics and math major who is also an editor of the review, plans to write about monetary policy and financial economics.

The Review will be a great way to begin taking the frameworks and methods we learn in class and use them to add to formal economic conversation.

“The Review will be a great way to begin taking the frameworks and methods we learn in class and use them to add to formal economic conversation.”

Lowe noted that top universities in the U.S. run their own economics journals giving voice to students’ insight.

“It requires student initiative,” she said. “And the fact that our writers so far have been able to write really compelling pieces speaks to the power of our student body, the mentorship of Professor Kahn and the strength of the USC Dornsife Economics Department.”

Kevin Banifatemi, senior economics major who serves as one of the journal’s editors, sees it as a way to extend to more students the enthusiasm for economics that faculty members like Kahn brings to the classroom, as well as a way to share what studying economics at USC can offer. He encourages students to get involved whether they’re interested in being a regular contributor or they’re inspired by a specific topic.

“I’m personally committed to making sure we achieve a diversity of topics on the journal, and also to recruiting writers from other majors,” Banifatemi said. “Economics is a really interdisciplinary field and I think students studying international relations, psychology, business, mathematics and other fields could have a lot to contribute to the conversation.”

All USC Dornsife economics students are invited to attend monthly sessions where they can learn about writing for the journal and pitch stories to the editors.

Conference covers methods of prompting change in human behavior for the public good.