If you haven’t visited the USC campuses in a while, it’s understandable if you get lost: There are new buildings popping up everywhere. In 2016, two major buildings opened on the University Park Campus and two on the Health Sciences Campus, construction sped along on two soon-to-be landmarks — and we said goodbye to a near-campus structure that’s steeped in Trojan history. Grab a hardhat and take a look. 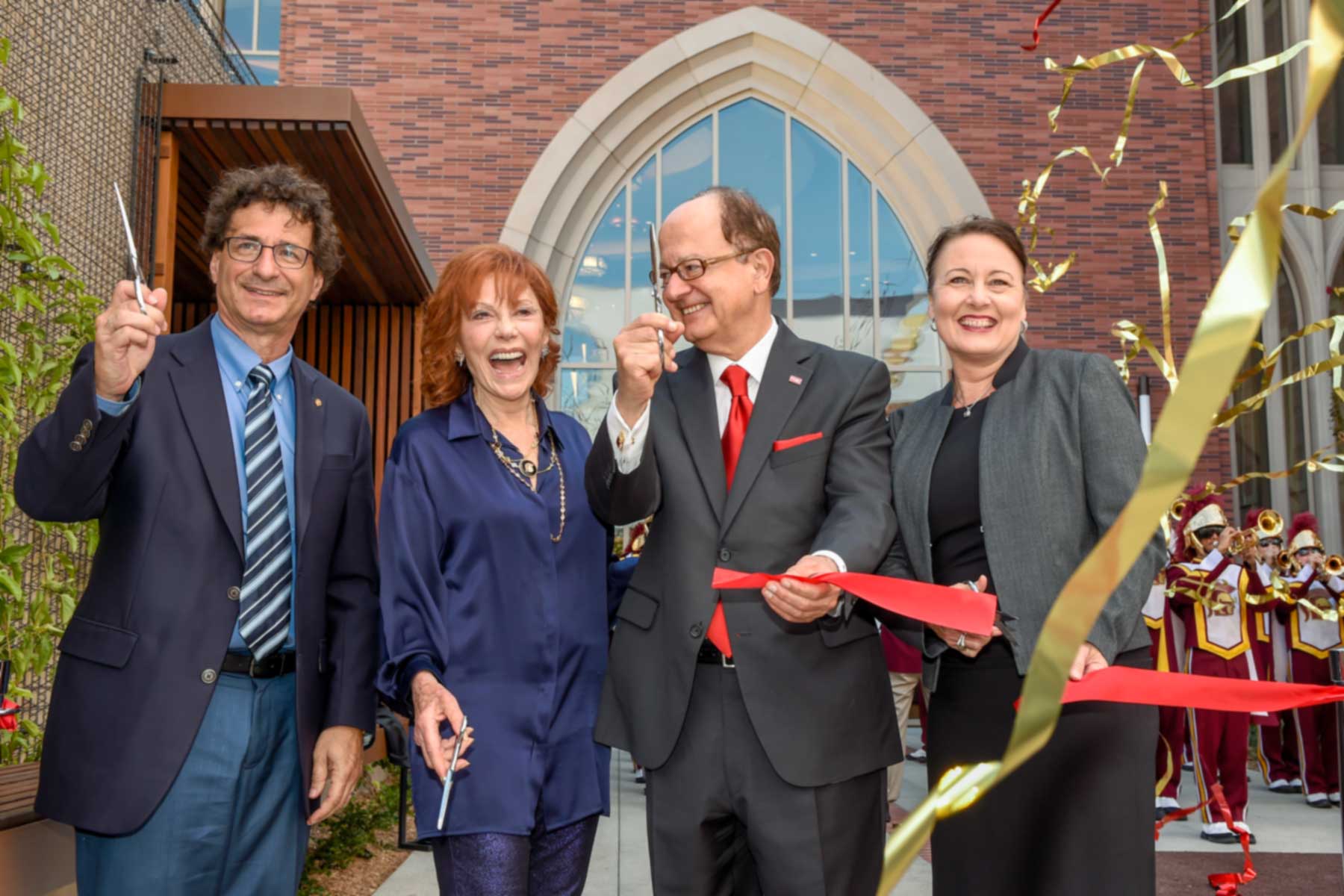 The Glorya Kaufman International Dance Center, the largest dance-dedicated building on a private university campus, had its grand opening Oct. 5 in a stylish celebration of movement, scholarship and the arts. Dance patron Glorya Kaufman — whose transformative gift in November 2012 established the dance school at USC that bears her name — was praised by USC President C. L. Max Nikias, who said she stands among the world’s most visionary philanthropists. “But in the world of dance, she is without peer,” he said.

A major milestone for USC Marshall School of Business 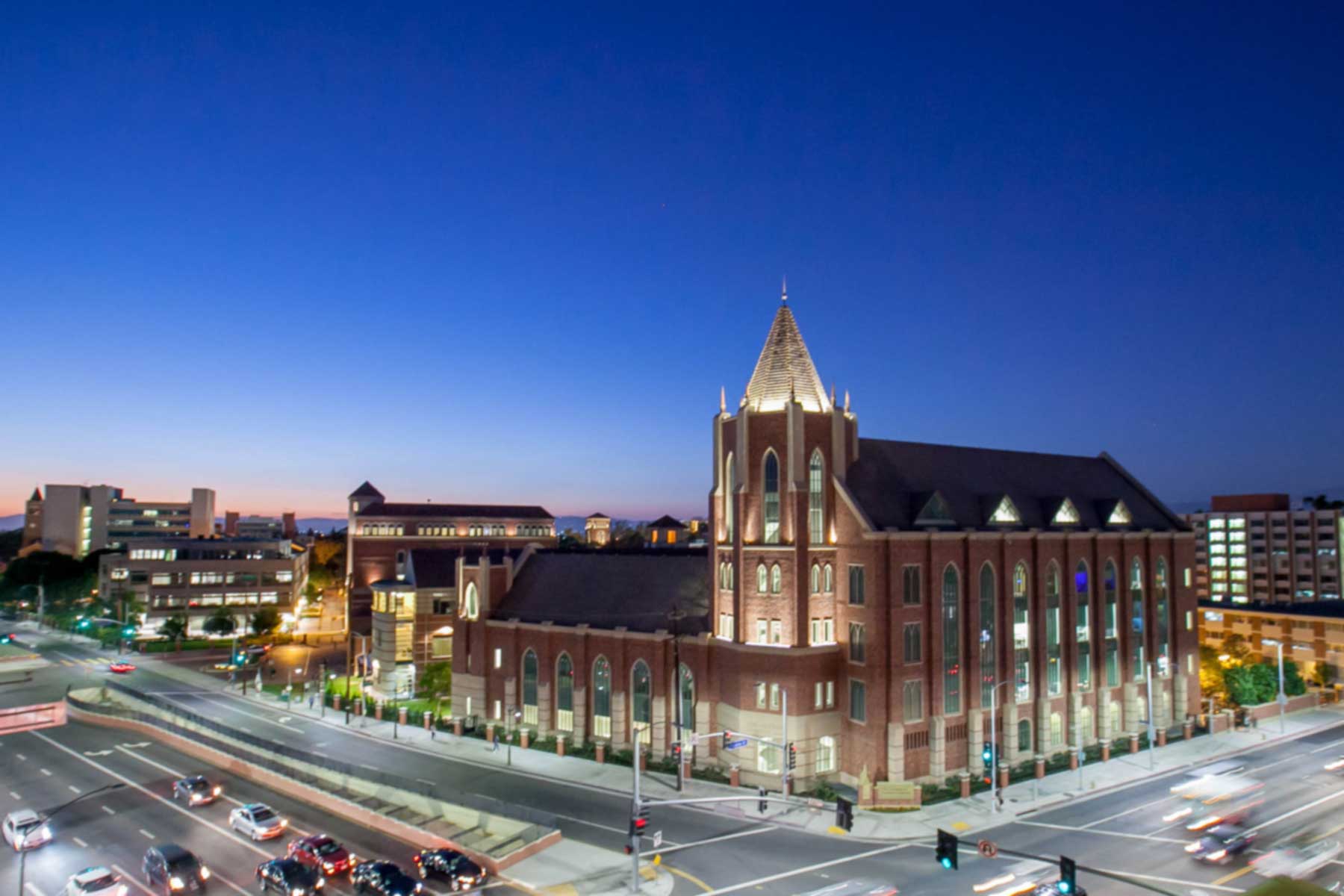 Nearly 300 people attended the Sept. 7 ceremony to declare Jill and Frank Fertitta Hall officially open for business. USC President C. L. Max Nikias, USC Marshall School of Business Dean James G. Ellis and USC Trustee Frank J. Fertitta III ’84 and his wife, Jill, cut the ribbon at the new home for the school’s undergraduate business program. Fertitta, chairman and CEO of Red Rock Resorts, reflected on his experience at the school, where he studied business as an undergraduate: “The education I received at Marshall was invaluable … The business insight, knowledge and skills that I learned there are the cornerstones of how I do business every day.” The Fertitta family’s landmark gift for the building, a key milestone in the $6 billion Campaign for USC, also established the Jill and Frank Fertitta Endowed Chair in Business Administration. 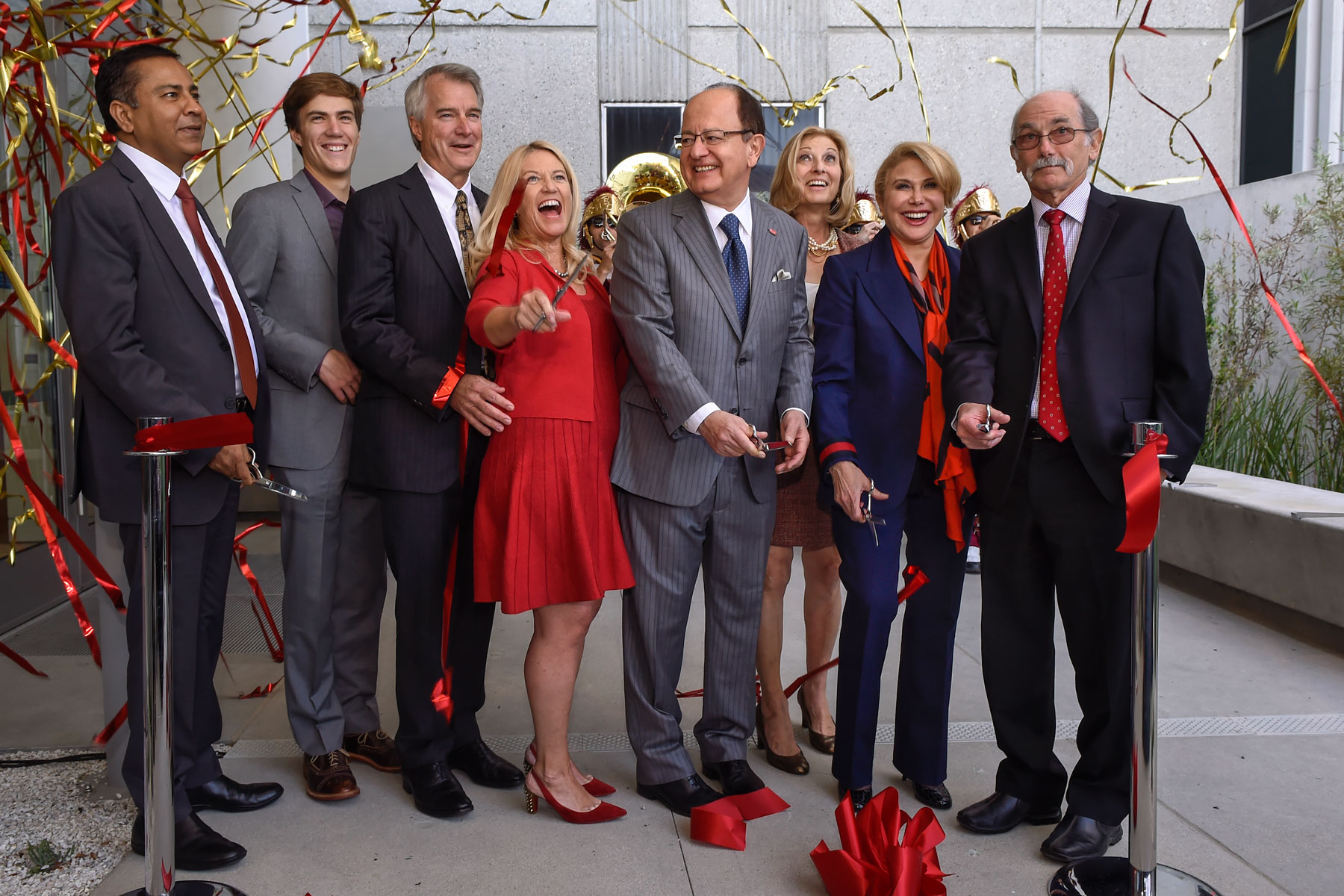 Opening of the Stevens Hall for Neuroimaging and Informatics Institute at Keck Medicine of USC on Nov. 17 (USC Photo/Gus Ruelas)

At the Health Sciences Campus, the USC Stevens Hall for Neuroimaging — home to the USC Mark and Mary Stevens Neuroimaging and Informatics Institute — officially opened its doors Nov. 17. Mark and Mary Stevens, USC trustees and benefactors of USC Stevens Hall, were on hand to see the fruition of their commitment to multidisciplinary efforts in scientific innovation. “Here we can hope to understand autism and Alzheimer’s and a host of other challenges,” Nikias said. “Here we now have an environment in which an electric sense of possibility is ever-present. We can expect to be surprised, as insight and solutions will burst forth in ways we cannot yet imagine.” 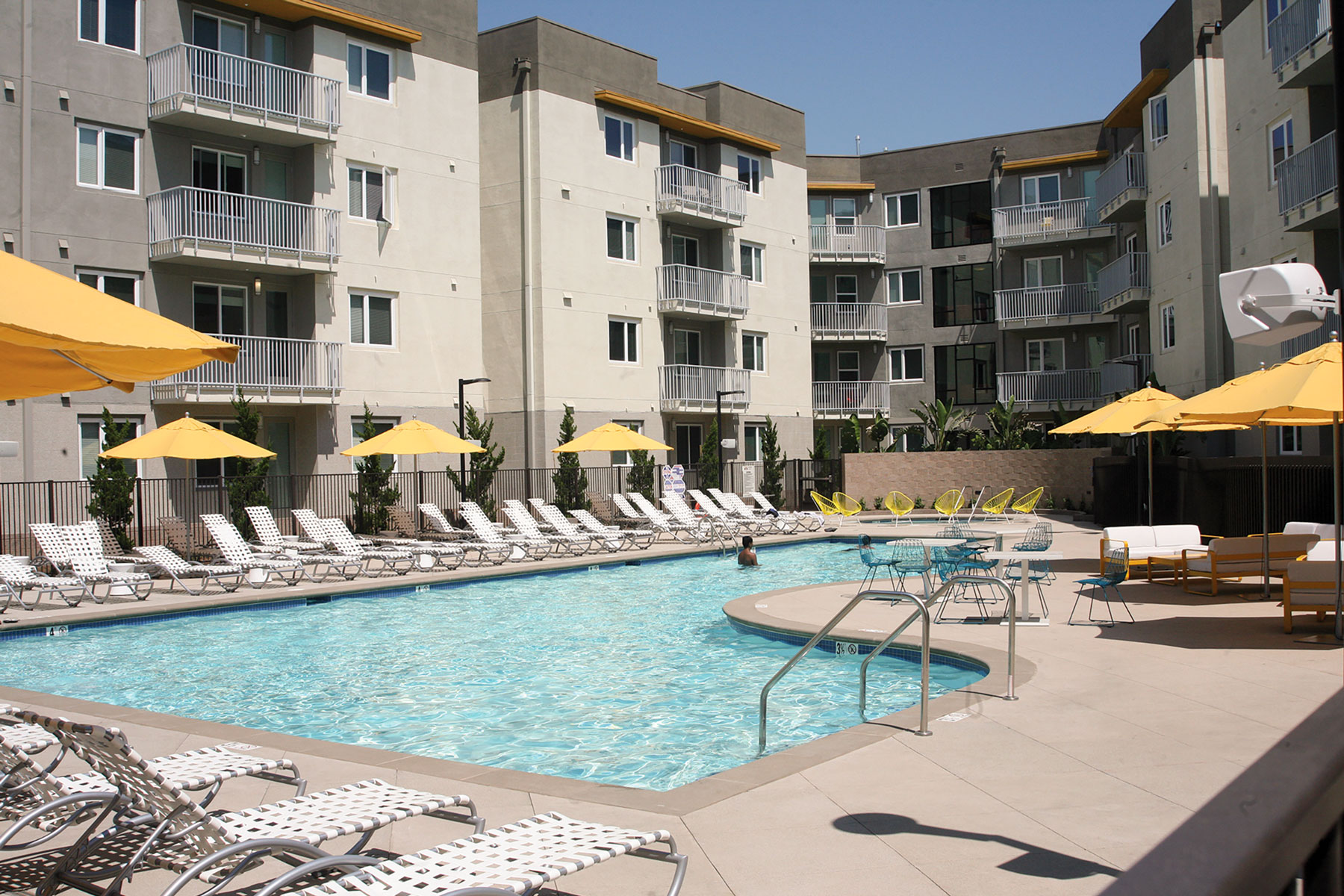 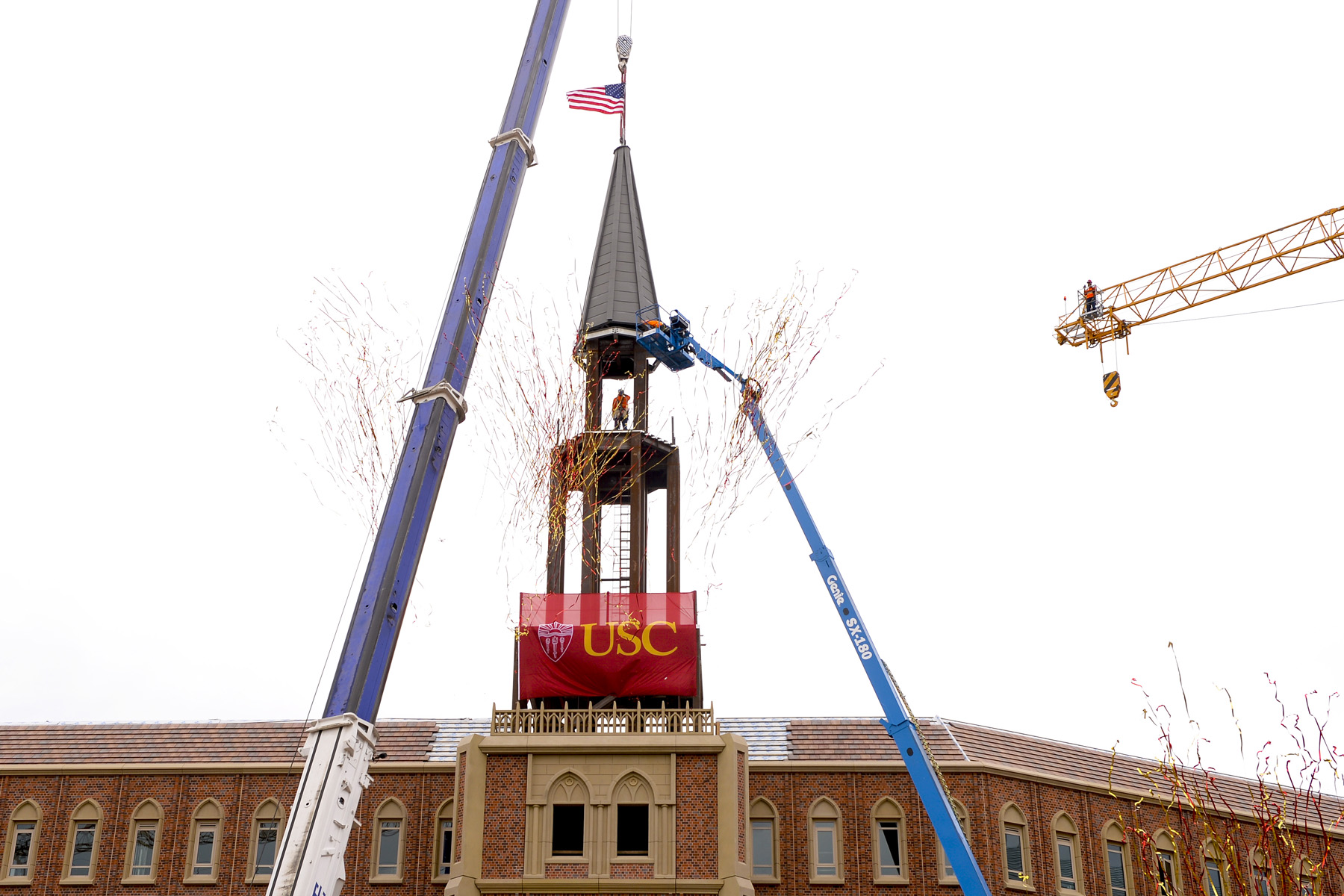 USC Village, the $700 million residential and retail development going in at the site of the former University Village shopping center, is heading into its final months of construction, but it reached full height in January as its signature spire was lifted into place. USC Village — the largest single development in the history of South Los Angeles — will open for students in August, with some 2,700 beds, dining and study facilities, and restaurants and shops, including Target and Trader Joe’s.

A home for cross-discipline breakthroughs 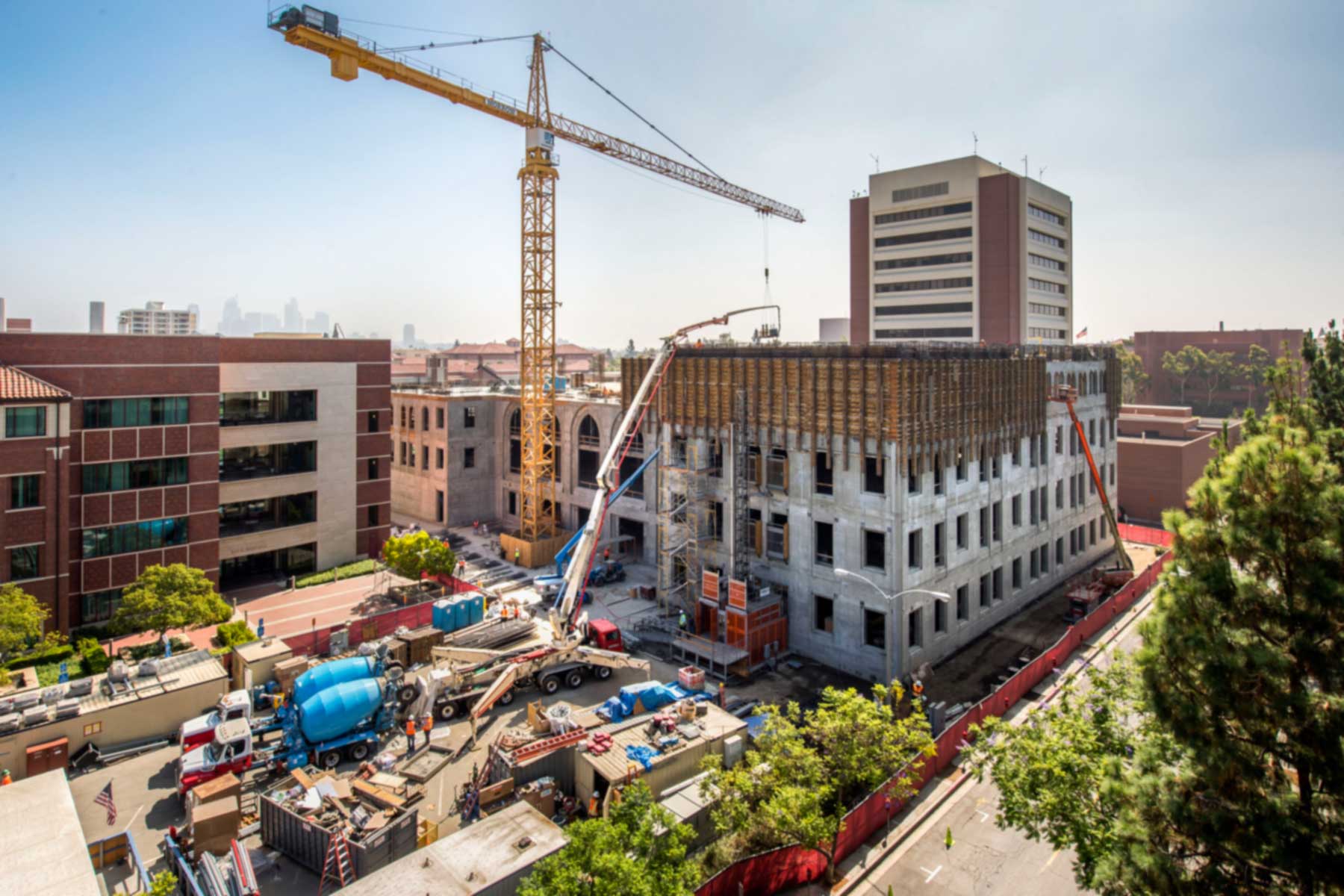 Even with several months of construction remaining before its fall opening, Michelson Hall is already impressive. What’s more impressive is what will happen inside. “The idea is to bring people together from disparate areas to tackle the world’s most wicked problems,” said Provost Michael Quick. “It’s not a single location; it’s more of a mindset.” The building — which, at 190,000 square feet, will be the largest within the University Park Campus — will house the cross-discipline Michelson Center for Convergent Bioscience, where faculty and students will address the century’s most daunting health problems, including emerging infectious diseases, cancer and aging.

Farewell to a neighborhood icon 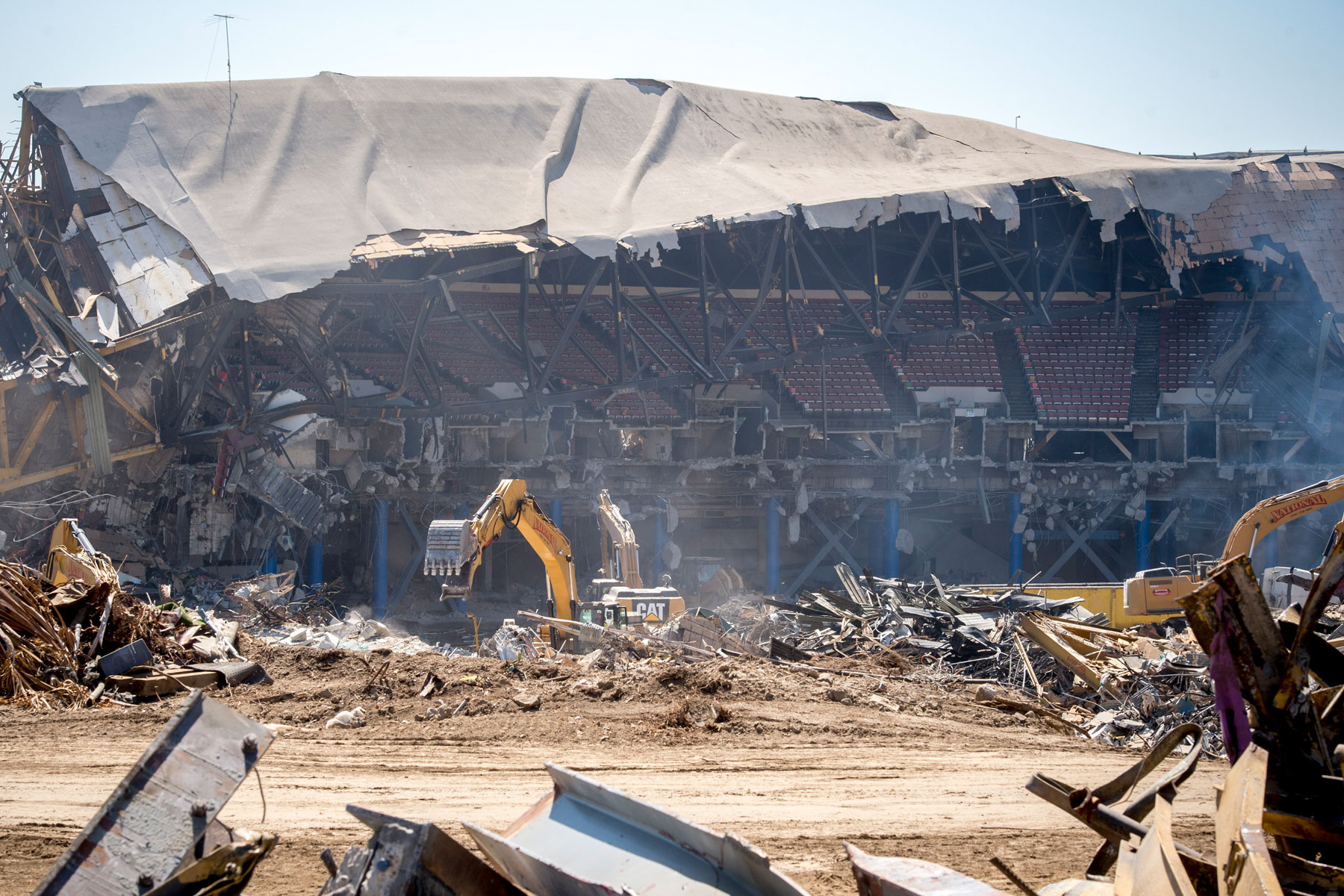 It hosted Olympic boxing, WrestleMania, the Lakers, Clippers and even the Bruins — but the Trojan Family will best remember the Los Angeles Memorial Sports Arena as home to USC basketball for 47 seasons. USC joined in saying a final farewell to the venerable arena, which closed for good this year after a series of concerts by Bruce Springsteen. The venue will be replaced with a 22,000-seat, state-of-the-art soccer stadium to be built by the new Los Angeles Football Club. The soccer facility is expected to bring jobs and economic growth southward along Figueroa Boulevard.

The five-story building is the new home for the school’s undergraduate business program.