From everyday moments to once-in-a-lifetime experiences, 2016 brought unexpected twists and happy surprises. Here is a look at some of the ways the Trojan Family shared these experiences. 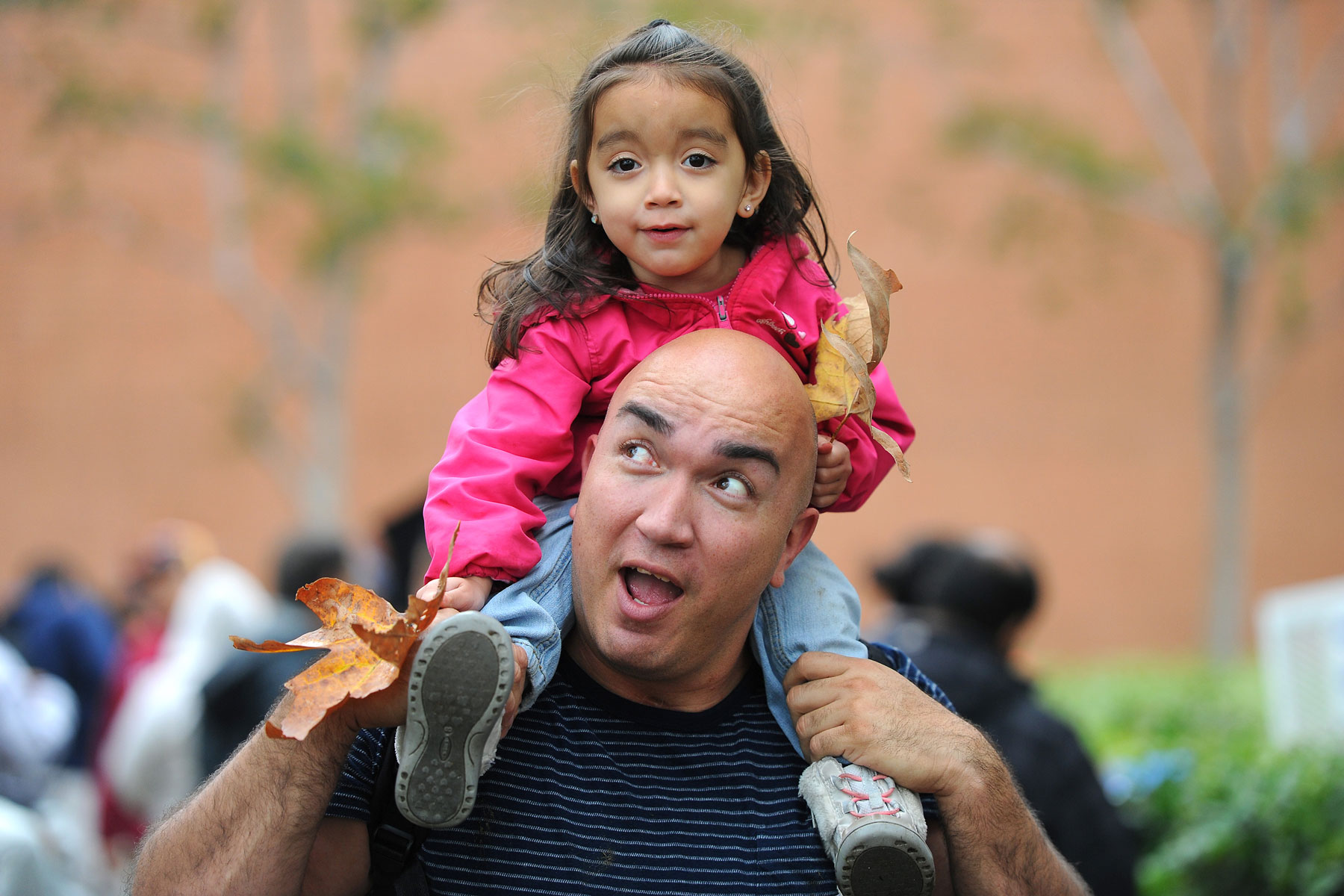 A young reader gets a lift at the Los Angeles Times Festival of Books in April. An estimated 160,000 people turned out at the USC University Park Campus for the annual event. Mark your calendar: The 2017 festival is April 22-23. 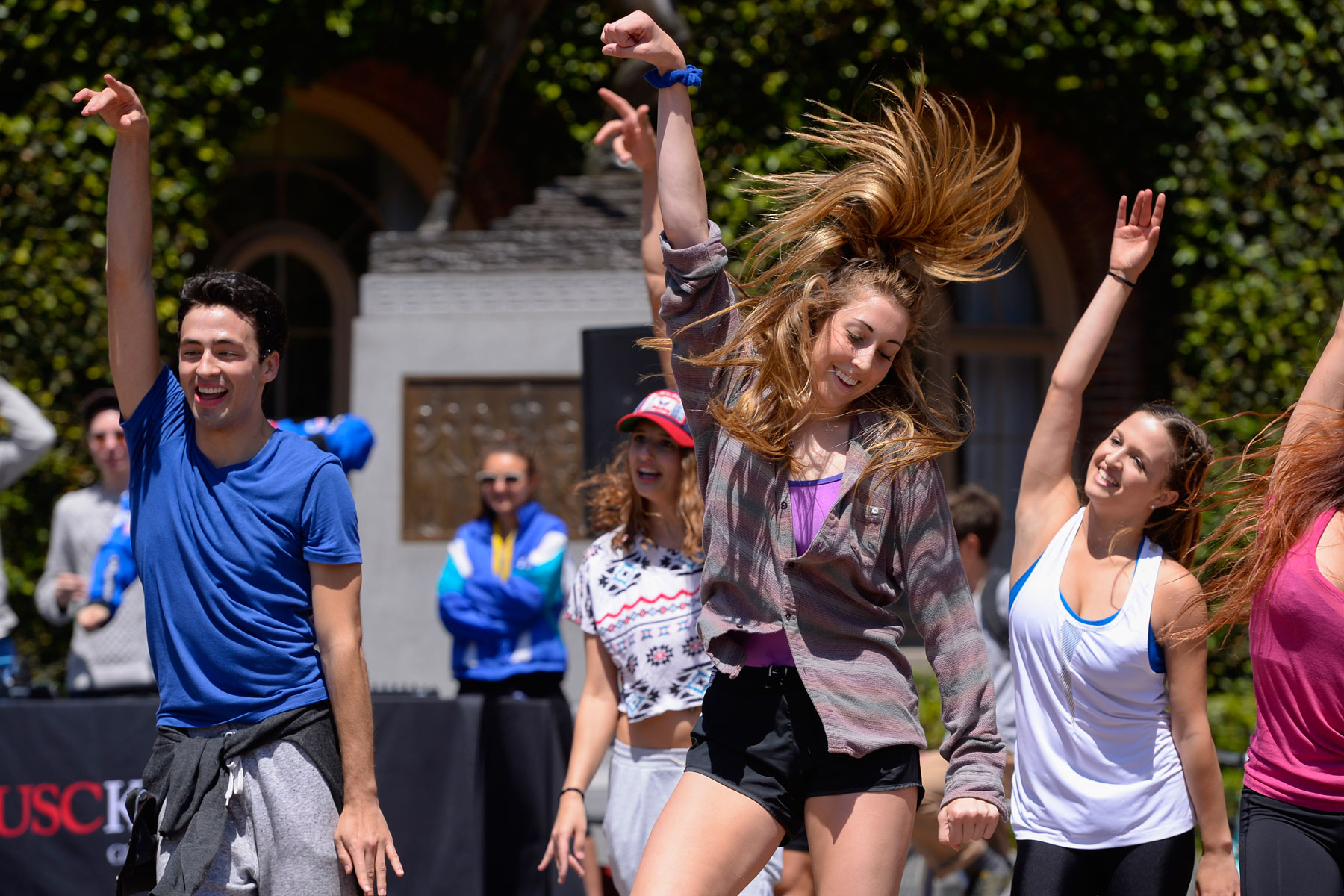 Bodies get in motion as the USC Kaufman School of Dance kicked off “Dance On” week at USC. The school had a lot to celebrate in 2016, most notably the debut of its new home, the Glorya Kaufman International Dance Center. 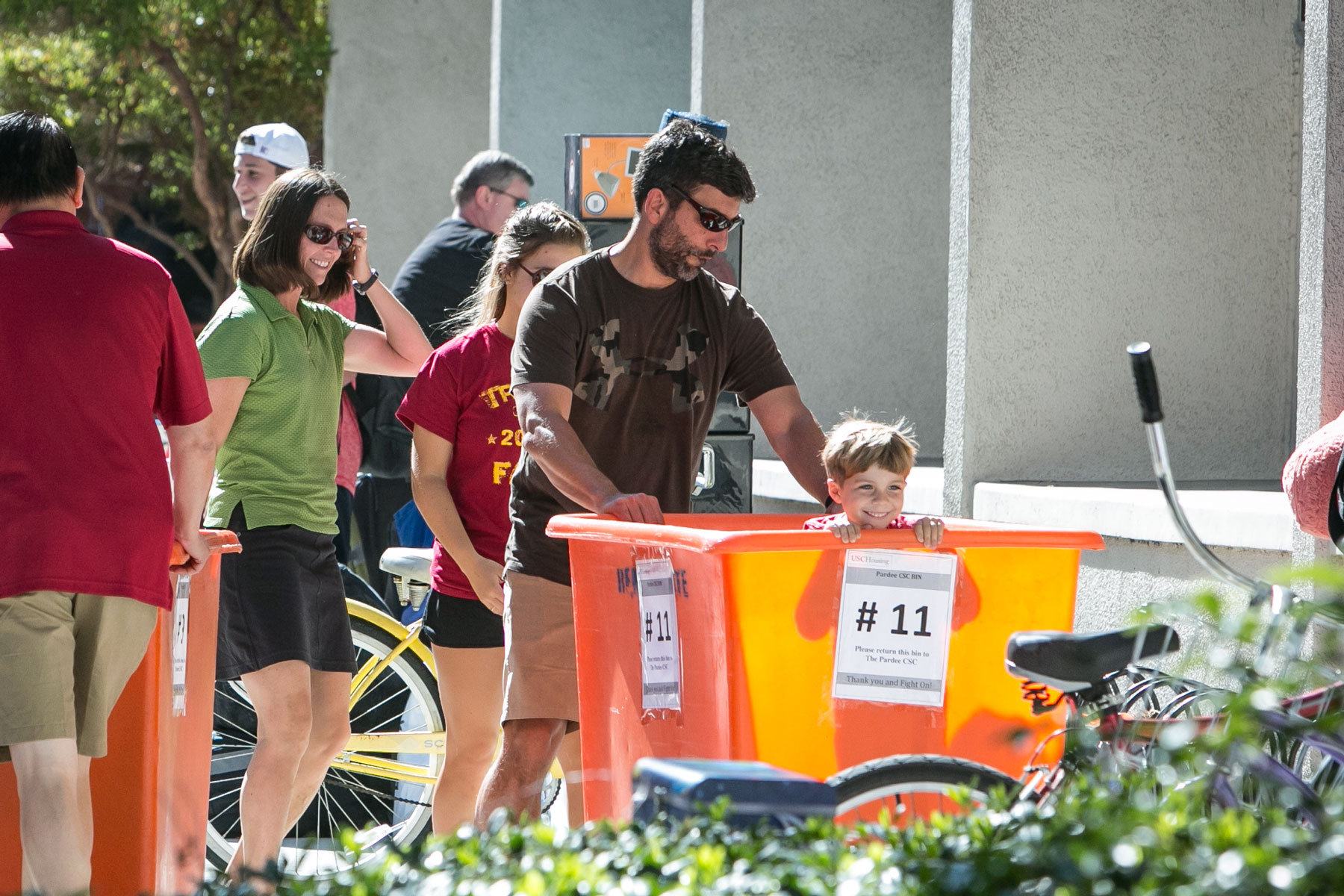 Move-in Day is a unique mix of excitement and anticipation, along with an endless list of tasks. At least one little visitor enjoyed the controlled chaos.

… and bittersweet tears for others 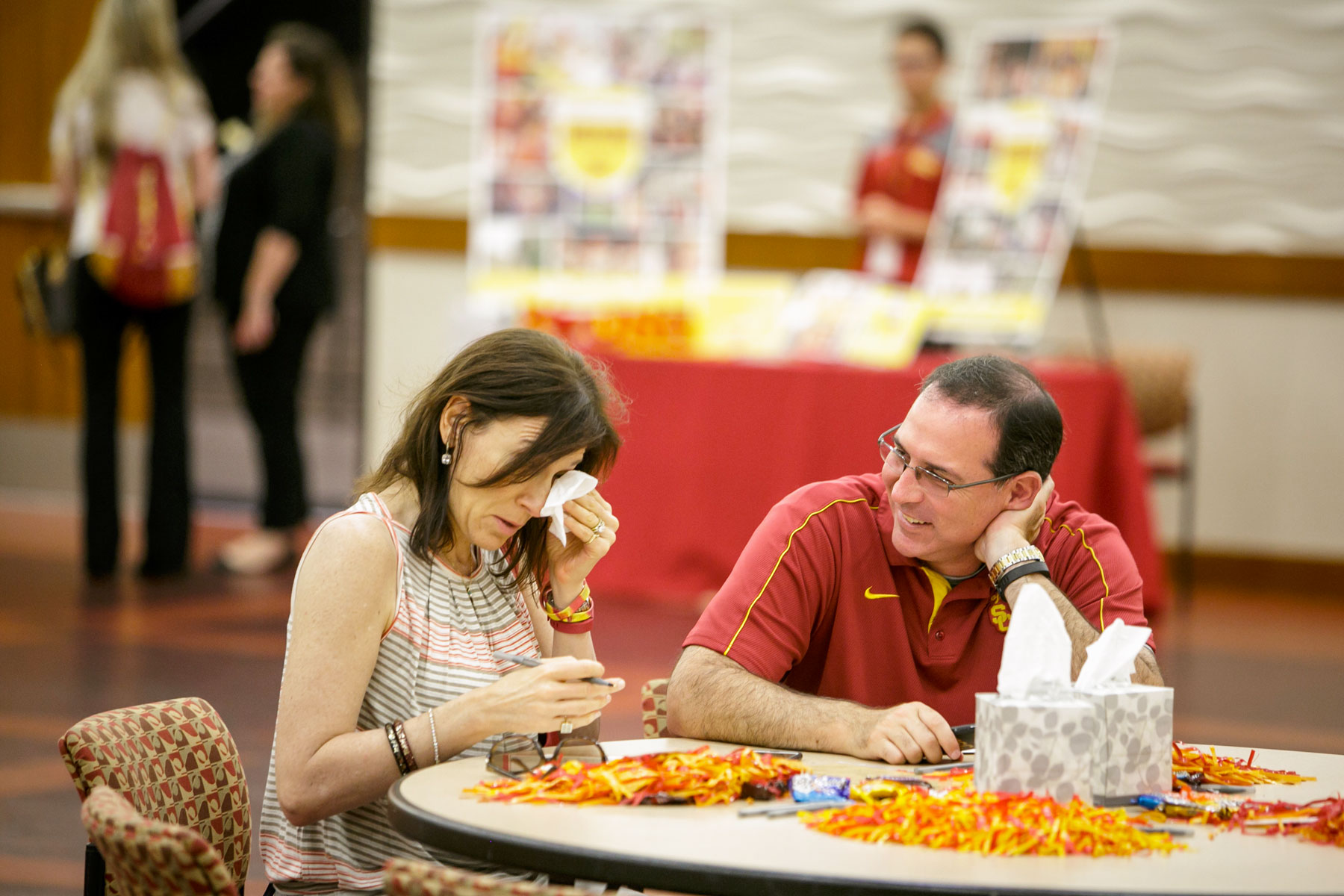 It’s a USC tradition guaranteed to bring smiles and tears. Amid the frenzy of Move-in Day, parents are invited to write a letter to their new Trojan, which is delivered after classes begin. It’s a time for thoughtful reflection, words of encouragement and enough emotion to fill the Coliseum. 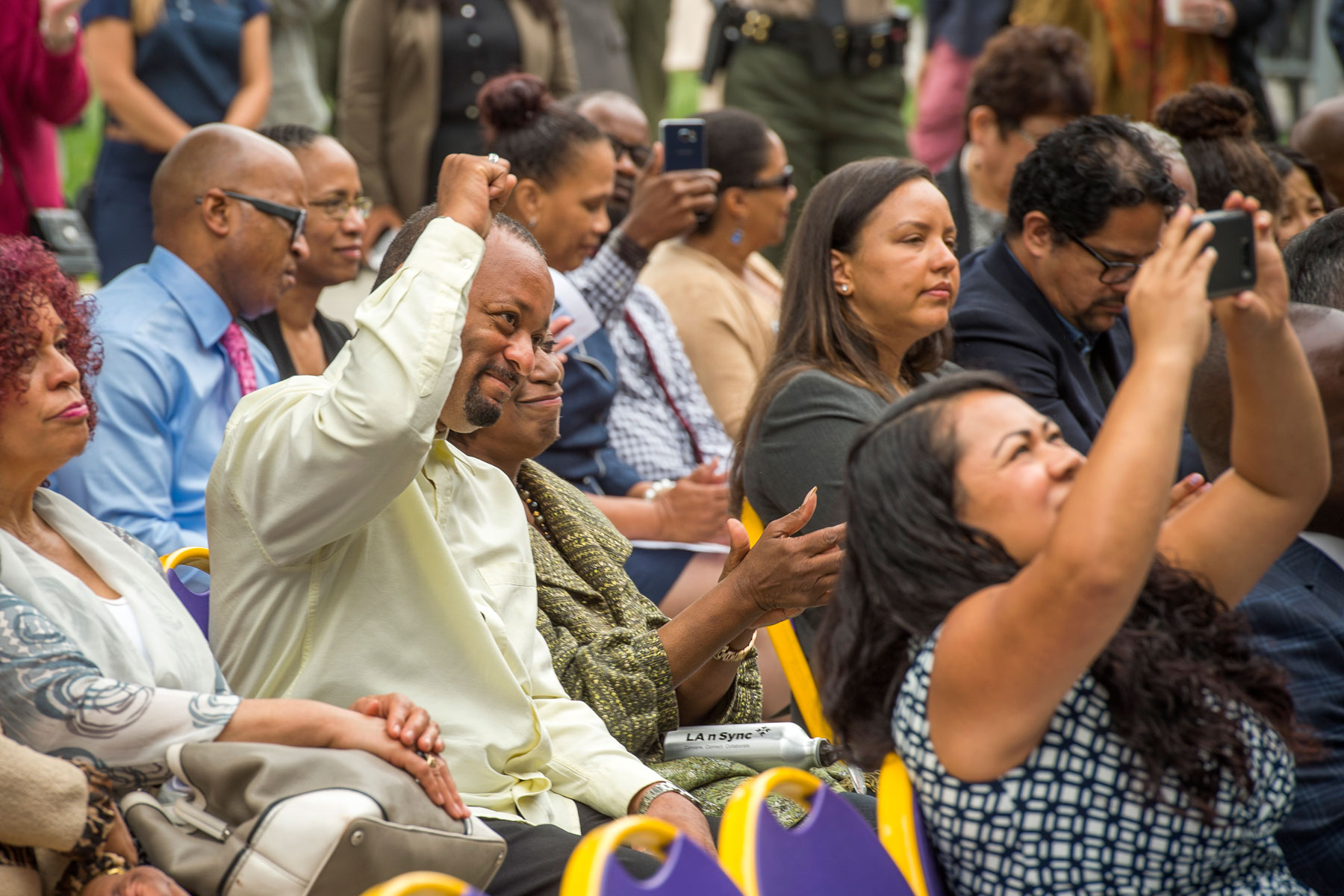 Community activist Najee Ali celebrates during the media announcement of the South Los Angeles Transit Empowerment Zone, one of several government-funded Promise Zones aimed at addressing challenges in areas affected by poverty. USC worked with partners such as Los Angeles Trade-Technical College to win approval of the designation. 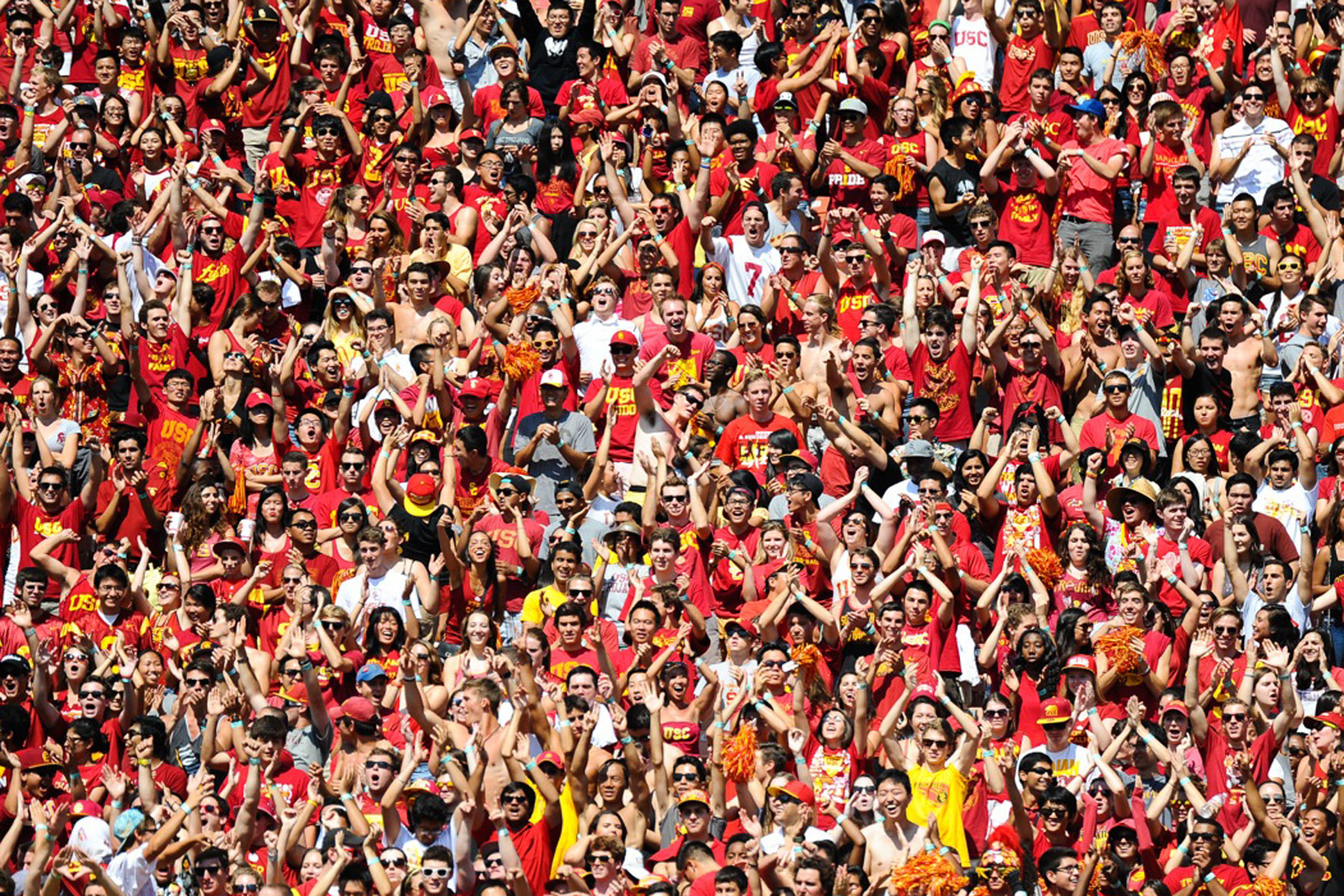 He’s not in the photo, but maybe you are. There’s certainly nothing quite like a Coliseum full of Trojan spirit. 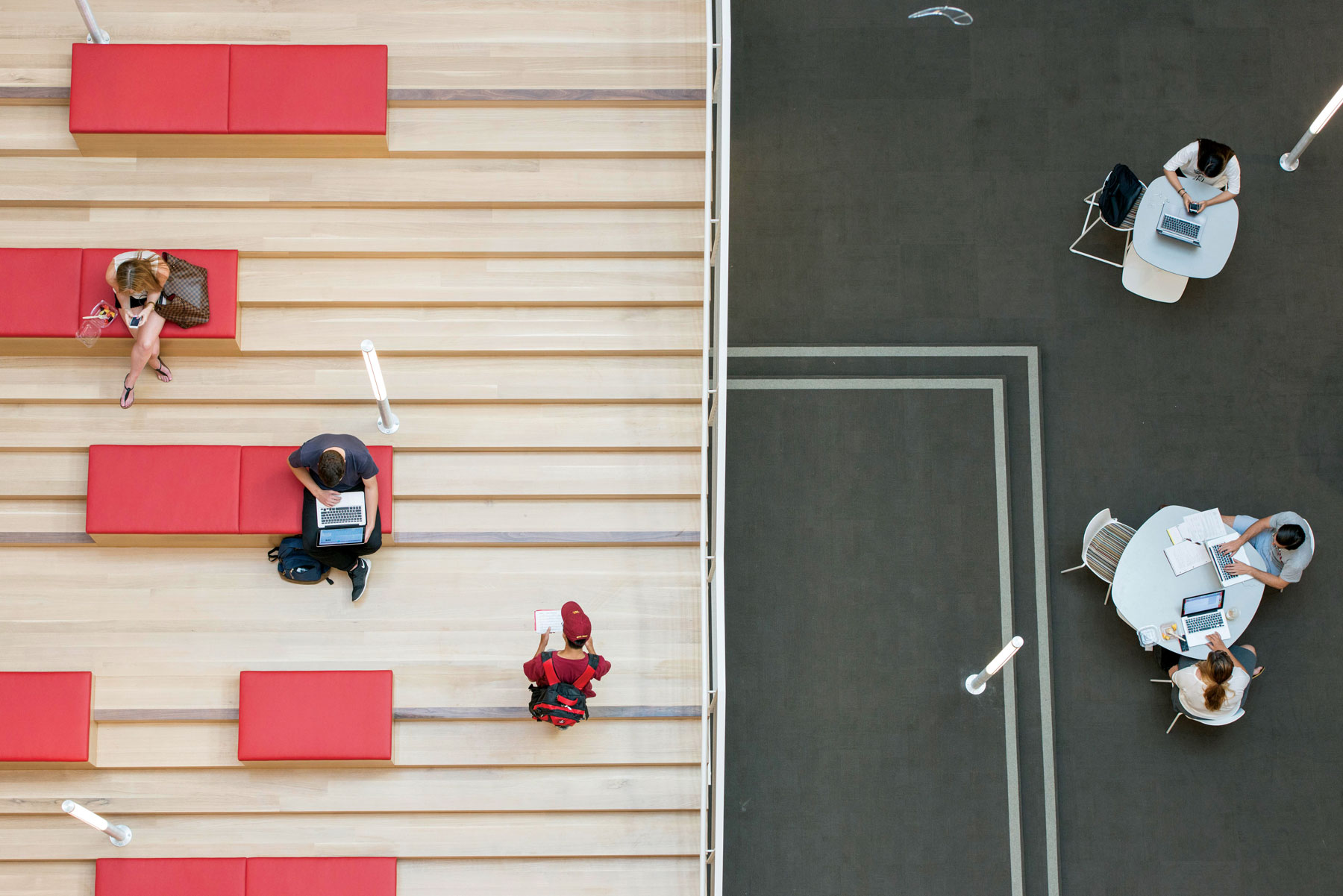 No, it’s not two photos spliced together. Here’s a unique look at students as they study in Dauterive Hall. 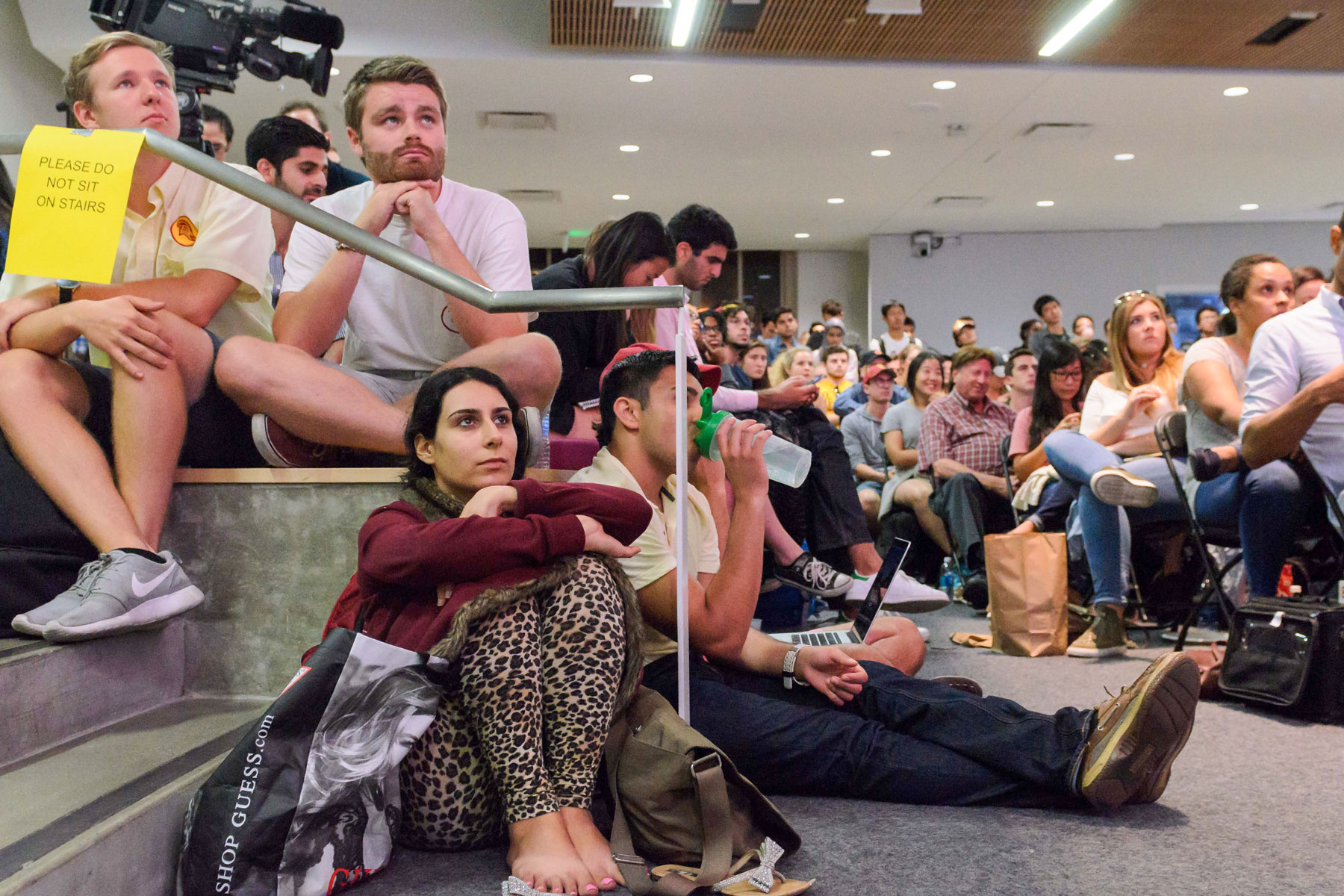 The eyes of students and faculty are glued to the screen as the USC Annenberg School for Communication and Journalism hosted a viewing of the third presidential debate. Throughout the campaign, debate viewings in Wallis Annenberg Hall drew big crowds to see the political spectacle and hear USC experts discuss what it all meant.

A time to mourn 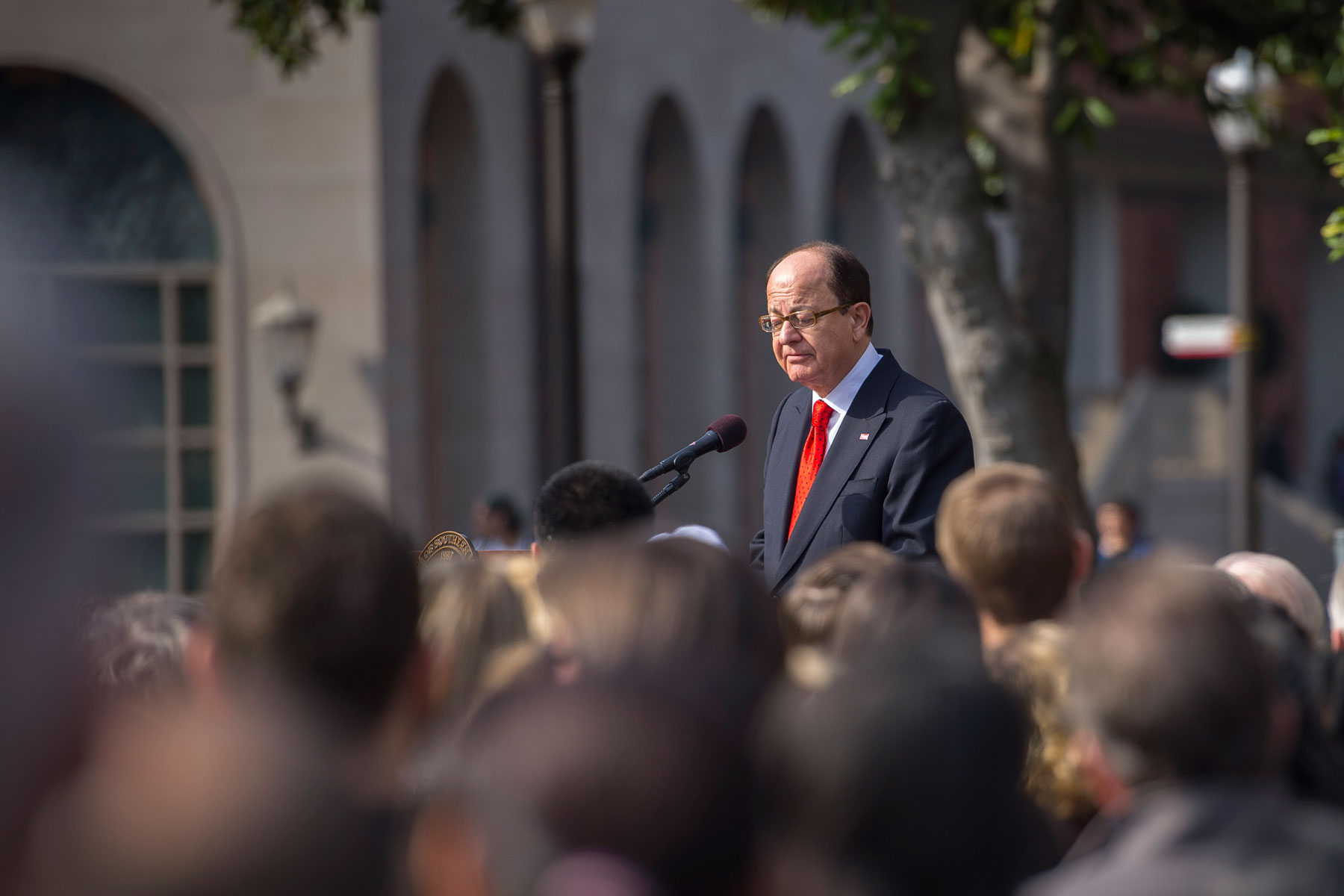 Ready to get started 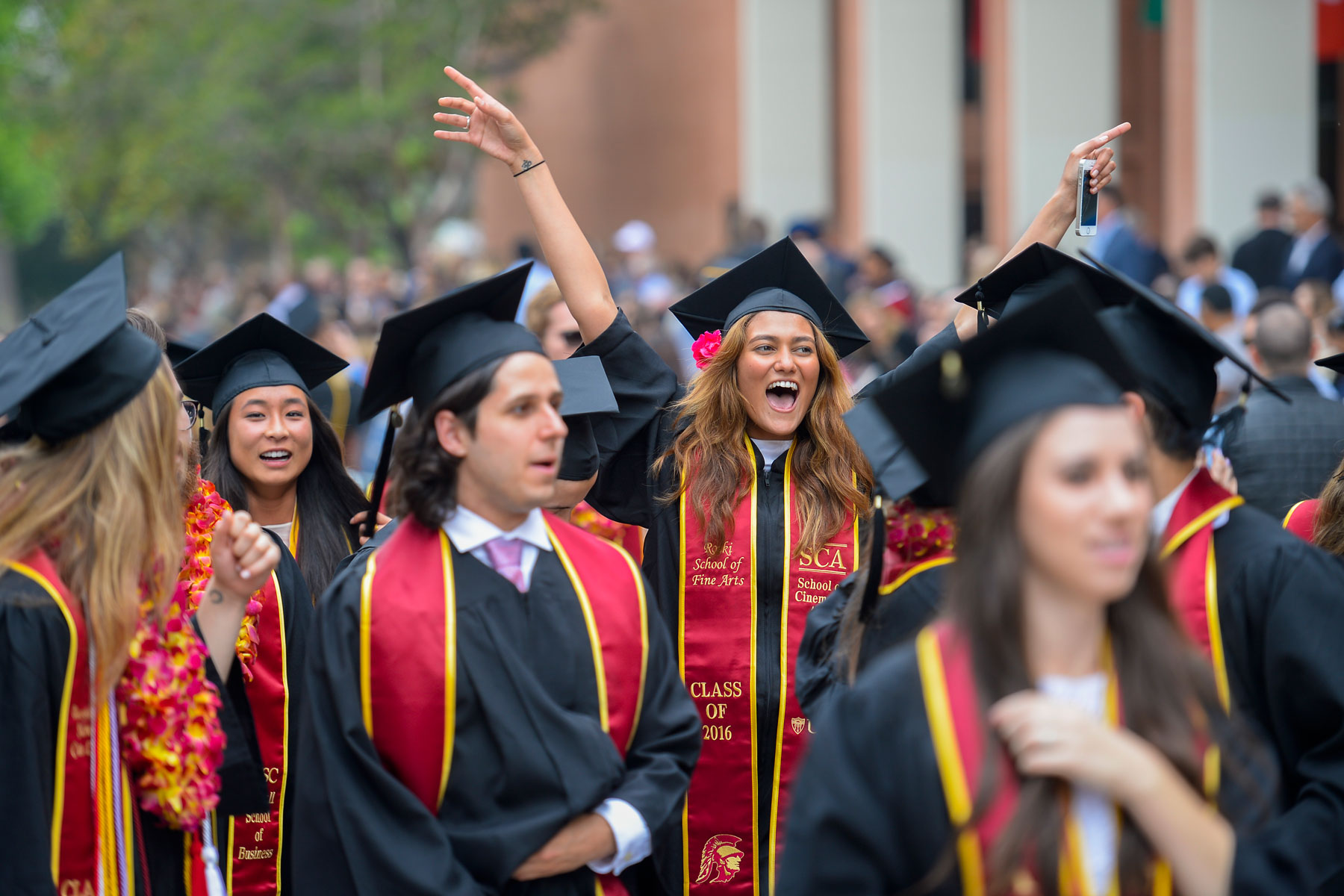 Sure, it was Friday the 13th, but for nearly 17,000 graduates, Commencement Day was lucky nonetheless. The pomp and circumstance were in full force as the newest group of USC alums set out to change the world. 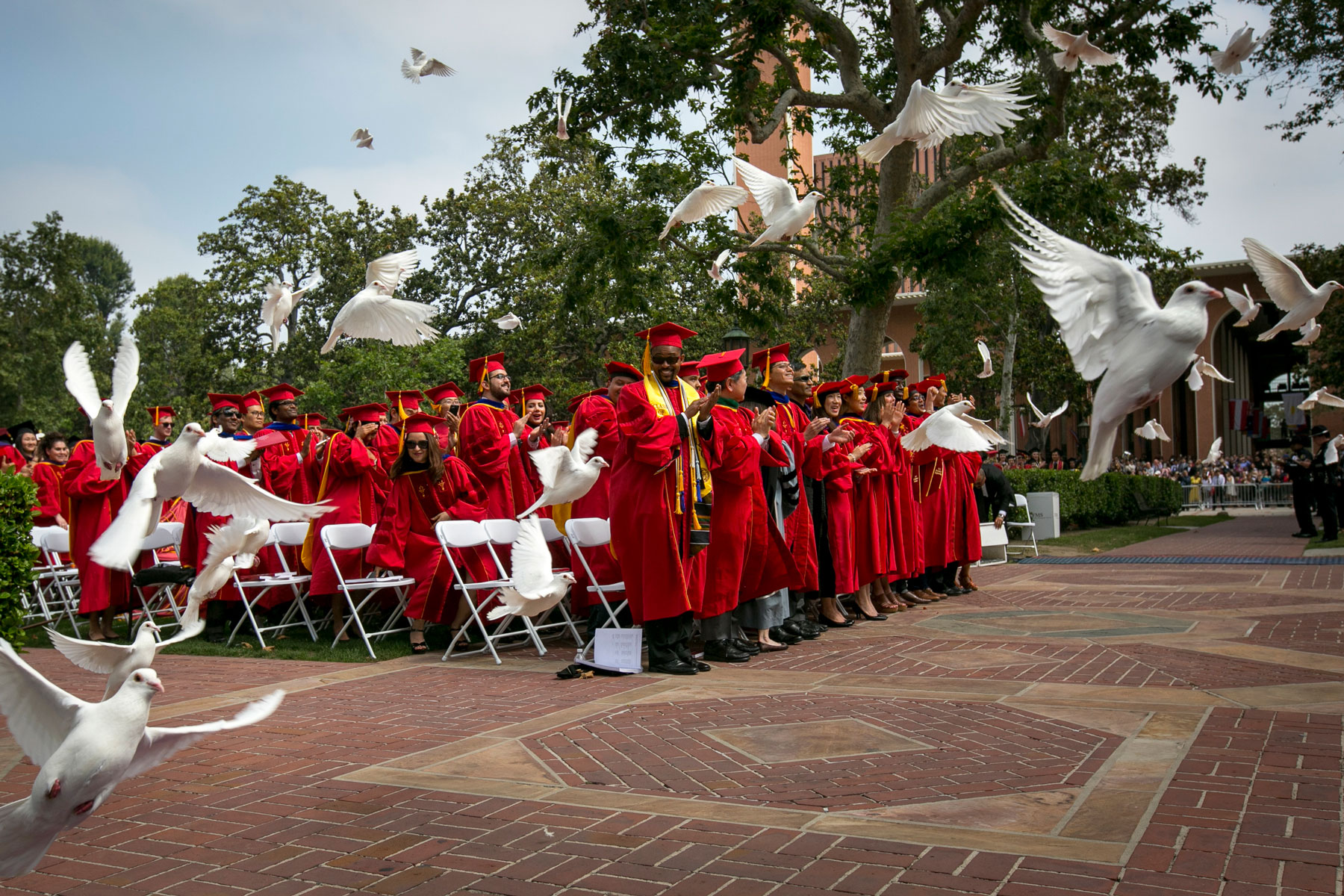 In a university steeped in tradition, perhaps none is as breathtaking as the release of doves during commencement. It marks the ending of the ceremony — and of the graduates’ time at USC — but also marks the beginning of a lifetime of potential.

Year in review: Some beautiful, some emotional — our favorite images of the year