By his own admission, Wilber Escorcia wasn’t thriving during the first half of his graduate program at USC.

He had come to earn a PhD after completing his undergraduate and master’s degrees in biological sciences at California State University, Northridge. Now he was a third-year student in the research laboratory of Gabilan Distinguished Professor in Science and Engineering Susan Forsburg, where he studied how DNA stability affects a particular form of cell division.

Escorcia was struggling. Progress was slow. He was concerned he might get kicked out of the lab.

But Forsburg, also a professor of biological sciences at the USC Dornsife College of Letters, Arts and Sciences, had a better idea. She sat him down to help him figure out on his own where things weren’t going so well in his work and how he could change them.

“I don’t need a pair of passive hands,” she reminded him. “I need an active brain.”

And then it clicked 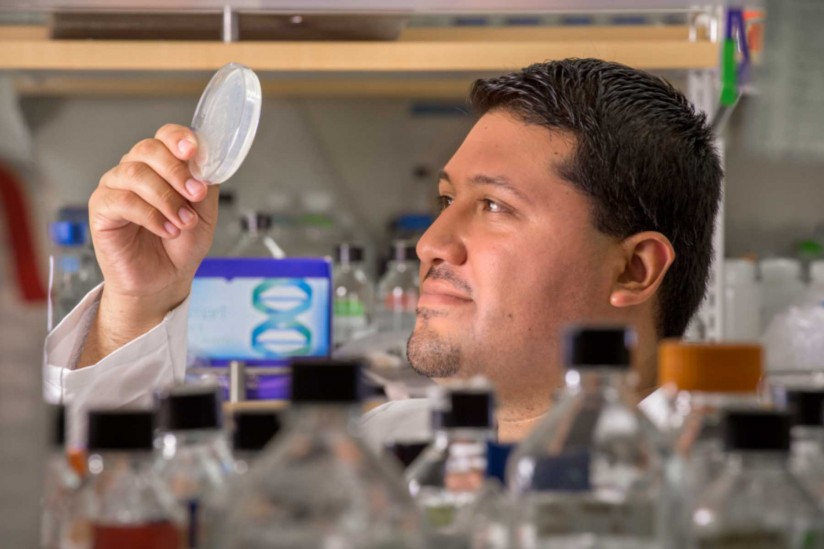 Wilber Escorcia Torres is one of the students that benefited from Susan Forsburg’s guidance. (USC Photo/Gus Ruelas)

It turned out to be a defining moment for Escorcia.

“Sometimes students get too busy doing science bench work but not thinking about the big problem,” Escorcia said. “So that was a ‘click’ moment in my head: ‘I have to think; I have to produce ideas.’ And that was the shift for me, when I was able to see the ideas and how the experiments I was doing tried to refute or confirm those ideas.”

Forsburg has a well-established reputation at USC as a committed mentor to students, postdoctoral fellows and junior faculty members. In 2016, she received USC’s highest honor for instructors, the USC Associate’s Award for Excellence in Teaching.

On Nov. 28, Forsburg was honored with the mid-career 2016 Nature Award for Mentoring in Science, which includes a $10,000 prize. The eminent science journal grants the annual award to an outstanding mentor who is nominated by his or her mentees. The awards champion the importance of mentoring and inspiring a new generation of scientists.

Sir Philip Campbell, editor-in-chief of Nature, presented Forsburg with the award at a ceremony at the University Club.

Science is all about mentorship. That’s why mentoring is deeply woven into our USC Dornsife culture.

“One of Susan Forsburg’s nominators said that ‘Susan wants to see bright young researchers succeed and will do everything in her power to help them thrive.’ It’s a great pleasure for us at Nature to honor not only a lifetime of attention to her lab members, but also her great championing of mentoring to whoever will listen.”

“Science is all about mentorship,” she said. “That’s why mentoring is deeply woven into our USC Dornsife culture. We celebrate these relationships not only between faculty and students, but also between senior and junior faculty and postdocs — and across our leadership.”

Throughout her career, Forsburg has turned to mentoring in order to foster scientific achievements in both undergraduate and graduate students.

“Successful mentoring is based on relationships and listening,” she said. “It is not about dictating a response of a mentee or imposing my expectations, but helping them to realistically evaluate possibilities for themselves.”

For this reason, she said, sometimes the best thing a mentee can do is ignore her advice.

“Science is a hard career, with no rulebook. It is possible to succeed without a mentor, but the way is smoothed by someone who can offer advice and perspective,” she said.

“As scientists, we all hope we will make that textbook-worthy discovery, but for most of us such success is fleeting. Once the next person builds on a discovery, like a foundation it gets more or less forgotten under the thing we built upon it. But the legacy we leave is the people we train and the difference we make in their lives.”

Forsburg notes that as science becomes increasingly competitive, with jobs and money in short supply, scientists can end up in a hyper-competitive mode. But she emphasizes that one of the best parts of science is community. She has built up an international community of mentors and mentees, and has long been a passionate advocate for women in science, mentoring some long-distance through the internet. 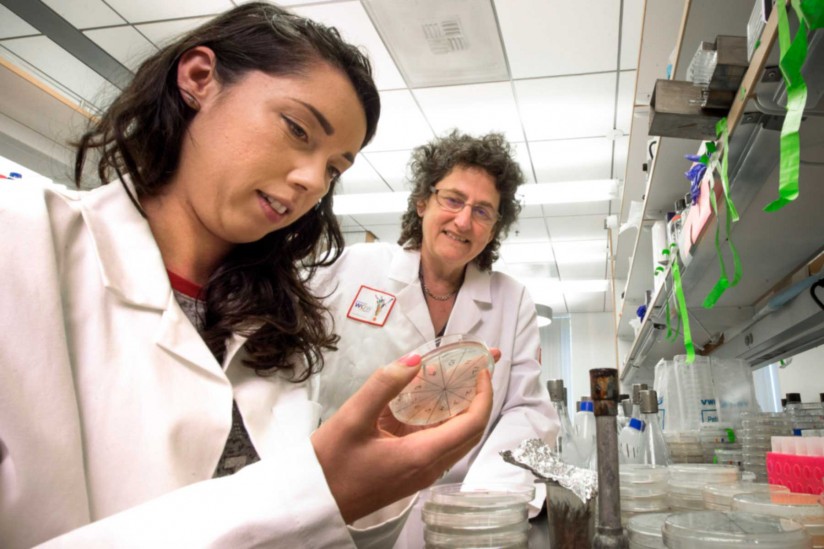 Amanda Jensen, another graduate student in Forsburg’s lab, said she also has benefited from her mentor’s approach.

“I’ve worked in other labs and had other [principal investigators], but none really mentored like Susan mentors,” she said. “She’s always been very concerned that you’re thinking, that you’re actually doing the work and you’re not just going through the motions of doing science and getting a result. And just making sure that you’re building and growing as you’re going through the whole process.”

Escorcia successfully defended his dissertation in October and has a postdoctoral position lined up at the USC Leonard Davis School of Gerontology. He reflected on Forsburg’s mentorship.

“She is able to challenge you,” he said, “and that challenge stays with you from the first day until you graduate. The space that she gave me for about six months really paid off because I found my niche — I found the way I needed to go about doing science — and that really worked for me.”

Mentoring is scientific parenting, in a way.

Forsburg said the award is a tremendous honor for her personally.

“It is also very heartening as it recognizes an unsung and often neglected part of our professional responsibilities, which is the obligation to reach out to peers and junior colleagues and facilitate their success. Mentoring is scientific parenting, in a way. Their success makes me feel terrific.”

After accepting her award, she ended her remarks by quoting a poem about playwright/novelist Guillaume Apollinaire by British writer Christopher Logue. It aptly sums up her approach to mentoring.

The American Association for the Advancement of Science recognizes the researchers for their distinguished efforts to advance science or its applications.

USC alumna draws on undersea studies to inspire students from the USC Family of Schools.

USC Dornsife scholars named fellows of one of the world’s most prestigious societies, bringing the school’s overall number to 23.

Nature recognizes the importance of mentoring