The easiest way to catch Kevin Ramsey MA ’02 is by cellphone when he’s navigating traffic between his Alameda Construction Services company in Compton and various projects around Los Angeles. One of his frequent stops is USC Village, where the company has poured tons of concrete.

Alameda Construction, a small, minority-owned company, has employed scores of Cement Masons Union employees to build the sidewalks thousands of students will walk upon when USC Village opens next fall. More than 50 percent of Alameda’s union workers live in Los Angeles, a distinction that earned the company a recent award for far exceeding local hire requirements.

“USC is a great outfit,” said Ramsey, who earned a master’s degree in civil engineering with specialization in construction management from the USC Viterbi School of Engineering. His company completed much of the concrete work when the Galen Center was under construction in 2005.

“When you’re a small company, you get local workers,” Ramsey said. “We’re in Compton. We do most of our work in L.A. Our workers come from where we work and live. So it helps to be local.”

With equipment to maintain, supplies to purchase and payroll to meet, Ramsey has a full schedule. USC Village has kept him busy for well over a year.

“We started out on the work widening Jefferson,” Ramsey said. “When we finished that, they gave us another job and we moved to onsite concrete.”

Alameda is one of more than 150 companies that have worked on the USC development, which has produced 4,800 construction jobs.

Ramsey started his business by doing remodeling work in 1992 with an older, experienced contractor and friend named Henry Edwards. Ramsey worked out of a garage and money was tight — especially when he wasn’t paid on time for work he’d done.

“If we didn’t get paid, I would do the best I could to pay the guys,” Ramsey said. “Then me and my wife, we lived off her income until some money came in. It was tougher back then. It’s still tough. You want bigger projects, but you don’t want to over-extend yourself.”

Within a few years, Ramsey and his partner took on bigger jobs.

“I was doing most of the paperwork, Harry was doing the construction part,” Ramsey said. “We had all these jobs going. We got a couple of city contracts and I incorporated Alameda Construction in Compton in 1997.” 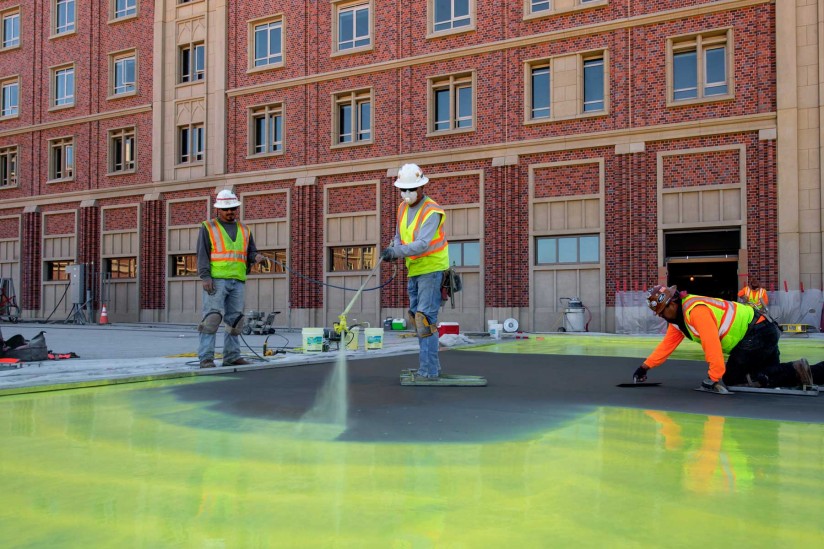 After Edwards died, Ramsey carried on and expanded. His projects included the Alameda Rail Corridor.

“That was our first taste of big public works jobs,” Ramsey said. “We didn’t make a lot of money off that, but we were learning how to do something. Over at USC when we did the Galen Center, that was another big job for us that got us into doing larger projects. We did all the concrete outside the building. We did the alleys down Flower, Jefferson and the front of Figueroa, the steps — everything outside.”

Ramsey served as president of the National Association of Minority Contractors’ Southern California chapter for several years and is still active with the organization. He said there are misconceptions about how minority businesses are awarded contracts.

“It’s not a gift,” Ramsey said. “It’s not like you can just bid on a job, wave your minority certification and think you’re going to get work. You need a good track record.”

Ramsey’s daughter Christina thinks of her dad when she walks by USC Village. She and her father often met there over the past year. 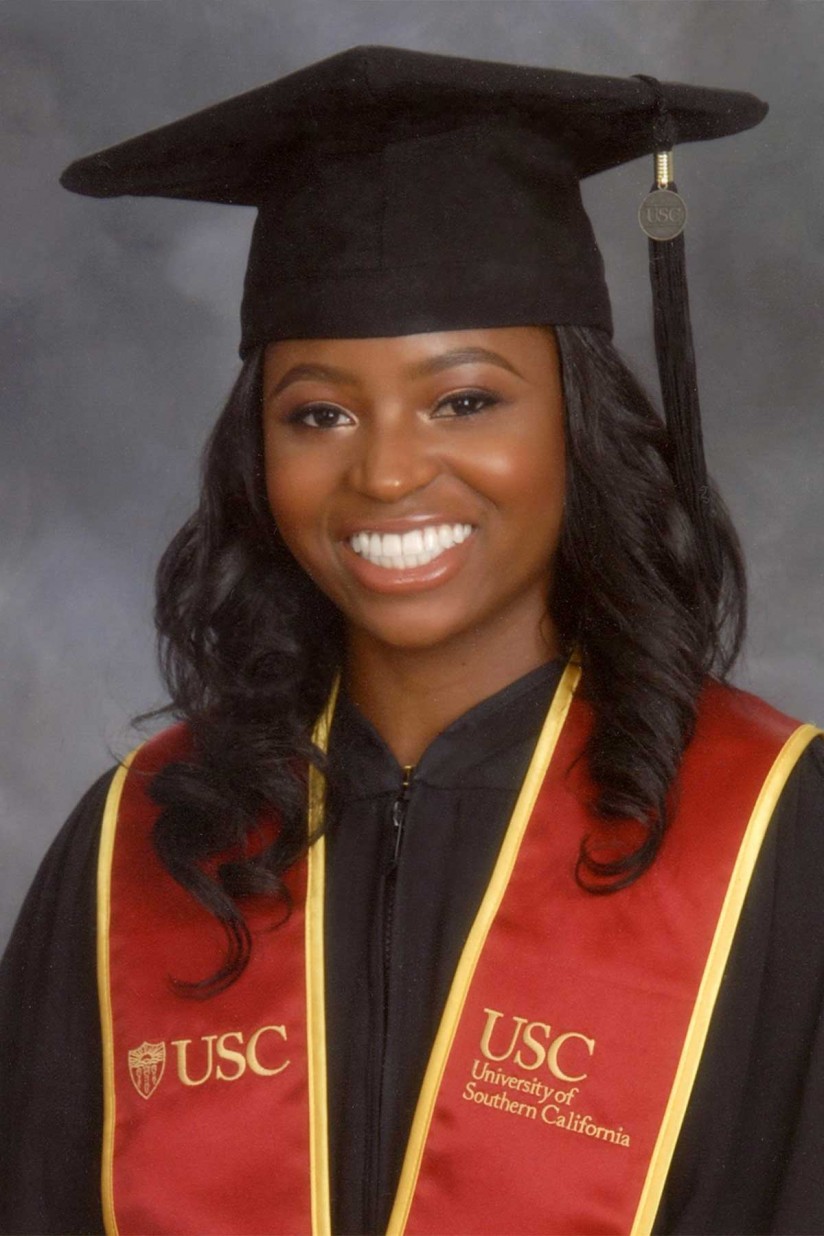 Christina Ramsey is graduating with a Bachelor of Science from the Keck School of Medicine of USC. (Photo/Courtesy of Kevin Ramsey)

“She had an apartment around the corner from the site,” Ramsey said. “She’d walk by, we’d stop and talk. I’d give her a hug, we’d talk a little and then she’d run off to class.”

“I remember the first time it happened, it caught me by surprise,” Christina Ramsey said. “I saw someone who was the same stature as my dad, but he wasn’t facing me. As I got closer, I realized it was him. I hit him with my lunch pail. He was surprised. He was talking to his workers. I asked him, ‘Hey, are you working here?’ It was also nice seeing the workers with the Alameda shirts on — it was a reminder of him.”

Christina is graduating this month with a Bachelor of Science degree in health promotion and disease prevention from the Keck School of Medicine of USC. She plans to move on to medical school after that but will never forget her occasional visits to USC Village.

“I feel a sense of pride that my dad accomplished something this big,” she said. “When I walk by, I immediately think of him. He helped build that and I’m part of it, too. I guess we’re part of history now.”

Residential college at USC Village renamed in honor of gift

USC Trustee William McMorrow and his wife, Leslie, endowed the college to provide a dynamic educational community for students.

For faculty resident, life at USC Village is a family affair

The arrangement has its perks, from a unique family opportunity to the chance to make deep connections with students.

For students passionate about making the world a better place, Bohnett Residential College is the home they’ve been looking for.