For many students, studying abroad is one of the must-have experiences of college.

“When you take in the world from an unfamiliar angle, you gain a new vantage point,” USC President C. L. Max Nikias told incoming freshmen in August.

In the spirit of global exchange, several new initiatives are currently in development at the USC Thornton School of Music to make studying abroad easier than ever for young musicians — from partnerships to exchanges and more.

Music students have traditionally had fewer opportunities for international study than other disciplines, often because of strong ties to individual teachers who provide one-on-one training. USC Thornton is aiming to be one of the first schools in the U.S. to overcome this challenge.

“Over the past several years it has become increasingly clear that our undergraduates — and their parents — are interested in an international experience as part of their education at USC,” said Robert A. Cutietta, dean of USC Thornton.

Last week, Cutietta traveled to Gothenburg, Sweden, to attend the annual meeting of the Association of European Conservatories (AEC). USC Thornton, which recently became an associate member, is one of only a handful of American universities and conservatories to hold membership in the association.

“We are thrilled to be securing partnerships across Europe, and I was very pleased to learn that so many of our international colleagues view Thornton as one of the most innovative schools in the U.S.,”  Cutietta said.

To celebrate its new role, USC Thornton produced a short video for the international community showcasing many of the qualities that make the school unique, including its location in the creative capital of Los Angeles.

Joining the AEC is only one of several initiatives underway. In January, USC Thornton will welcome Veera Vallinkoski, a music production student from the Sibelius Academy in Helsinki, who will study at Thornton for one semester while Curtis Green, a USC Thornton junior studying composition, will study in Helsinski as part of a new partnership between the institutions.

A collaboration with the Royal Northern College of Music in Manchester, England, is also in the final stages and others are soon to follow. And this May, 20 students from USC Thornton and the USC Glorya Kaufman School of Dance will travel to Paris after final exams for an immersive, three-week Maymester course. 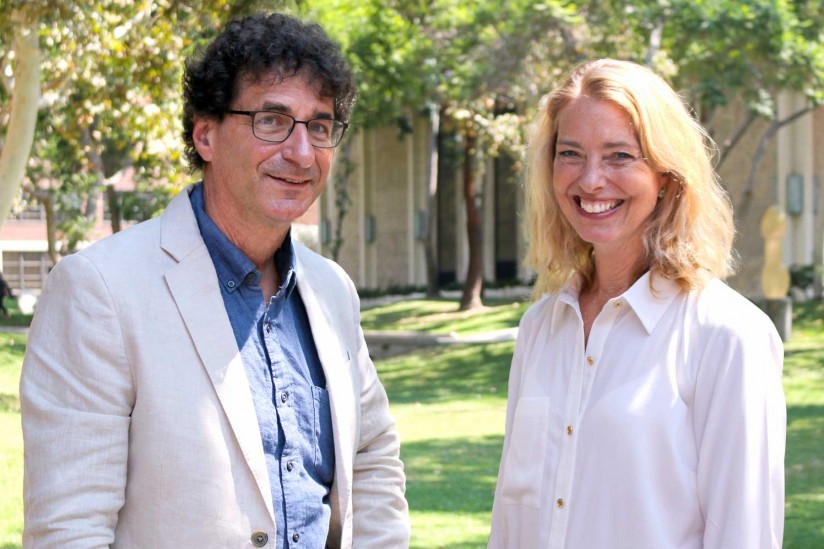 To manage these new initiatives, Thornton has engaged Mist Thorkelsdottir as senior adviser for international relations. Previously a senior administrator at conservatories in Sweden and Iceland, Thorkelsdottir has been setting up partnerships with European institutions for several months.

“We are looking at having alliances with as many as 10 institutions in Europe, with 10 to 20 students every year incoming and outgoing,” she said. Thorkelsdottir is currently in talks with schools in Germany, Austria, Norway and the Netherlands, with other possibilities in Finland, England, France and Italy on the horizon.

In addition to these new initiatives in Europe, USC Thornton is considering new study opportunities around the globe. The school was one of only two American institutions invited to form the Pacific Alliance of Music Schools in 2014, forging new links with schools in Australia, China, Hong Kong, Japan, New Zealand, Singapore and Taiwan.

In January, faculty member Jonathan Patterson will attend the Global Music Camp in Natal, Brazil, along with a select group of USC Thornton students. Last summer, Vice Dean Lucinda Carver accompanied a student string quartet to a festival in the French countryside. And each July, Richard Smith of the Studio/Jazz Guitar program brings a group of Thornton students to the Institute of Contemporary Music Performance in London for a 10-day cultural exchange.

“Our goal is that every USC Thornton student will have the opportunity to seek a meaningful international experience during their four years here,” Thorkelsdottir said.

Cutietta agreed. “I’m amazed at how much we have been able to put into place since announcing this initiative six months ago,” he said. “It seems that everyone is ready for this to happen. We are just getting started and the possibilities are limitless.”

‘Nobody but Me,’ a jazzy tune about jealousy, comes together with help from former members of the music school’s Jazz Studies program.

USC Thornton students take on challenges in the music industry

Professors pull no punches in the ‘Music Media Solutions’ course, which toughens Trojans for the road ahead.

The students pick the projects and the faculty offers guidance. So how’s that working?

USC Thornton plays a global tune, with new opportunities for its musicians to study abroad