USC Price School of Public Policy student Kiahnna Patton was in her 30s when her human resources job at Citigroup took her to Singapore for six months.

Immersing herself in a different cultural environment was transformational — Patton felt like all her life she had to be one person at home and another person in the corporate setting, but the extended work abroad melded those two identities. She felt more comfortable as herself, more open to adventures.

“Traveling internationally and learning about myself really changed me,” Patton said. “I thought about how I would have been if I had this experience when younger.” 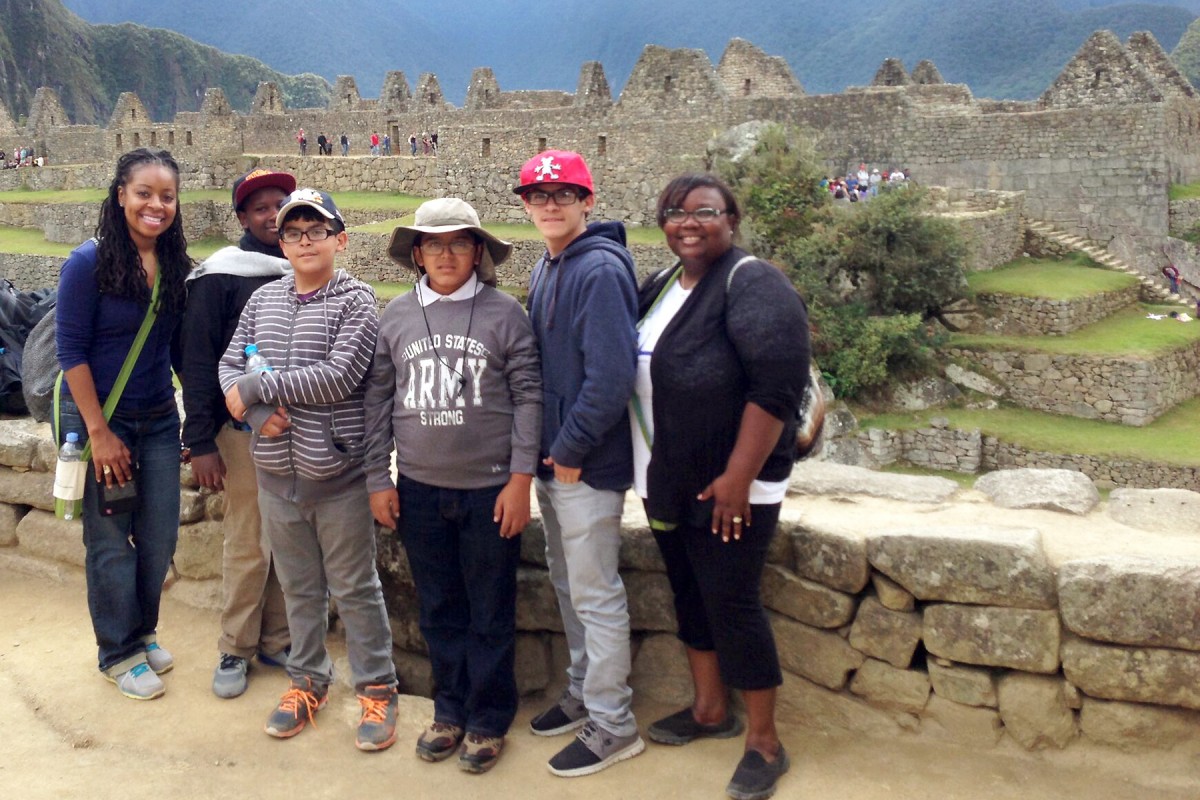 Patton couldn’t turn back the clock, but she could help others find that answer by combining her passion for travel and working with youngsters to found CALE (Culture, Arts, Leadership, global Exchange) Now!, a nine-week program providing youth with guidance and tools to broaden their global perspective, culminating in a life-changing trip to another country.

In three years, CALE Now! has taken underserved young people from ages 11 to 14 on all-expenses-paid visits to Peru, where they visited Macchu Picchu, as well as Ireland and Cuba.

Patton has grand plans for the future of the program, so even though she already had a bachelor’s degree in psychology from UCLA and an MBA from Howard University, she enrolled in the USC Price’s Master of Nonprofit Leadership and Management program to grow her organization.

“There was this whole world of nonprofit I didn’t know anything about,” Patton said. “The reason why I decided on a Price education is I wanted to expand the program and make sure it’s sustainable. I felt like I needed to have some sort of expertise in the nonprofit world and the network that comes from being at a university like USC with a prominent school like the Price School of Public Policy behind me.”

Patton started the organization by partnering with a friend and filling the board with successful business people and educators she knew. Thus far, most of the expenses for the trips have been paid for by the board.

Based in Northridge, Patton goes to San Fernando Valley schools within a five-to-10-mile radius and attends school and community events throughout Los Angeles County to seek participants.

She chose ages 11 to 14 as a formative stage when the experience would do the most good to teach kids self-acceptance and build their confidence. Prior to the one-week trip, the kids spend eight Saturdays learning about personal and leadership development, how to think beyond themselves and improve the situations of others, and about the culture of the place they’ll be going.

As a new nonprofit, it wasn’t easy to convince parents to let her take their children on a journey abroad.

“The first year, it was so difficult to get people to believe this was real, that they’d be able to send their kids on an international trip at no cost to them,” Patton said. “We had a difficult time even getting those four. By the time we put out information for 2016, we had three times as many applications as we could accept. Word had gotten around that this thing is real, is for underserved students and that it changes lives.” 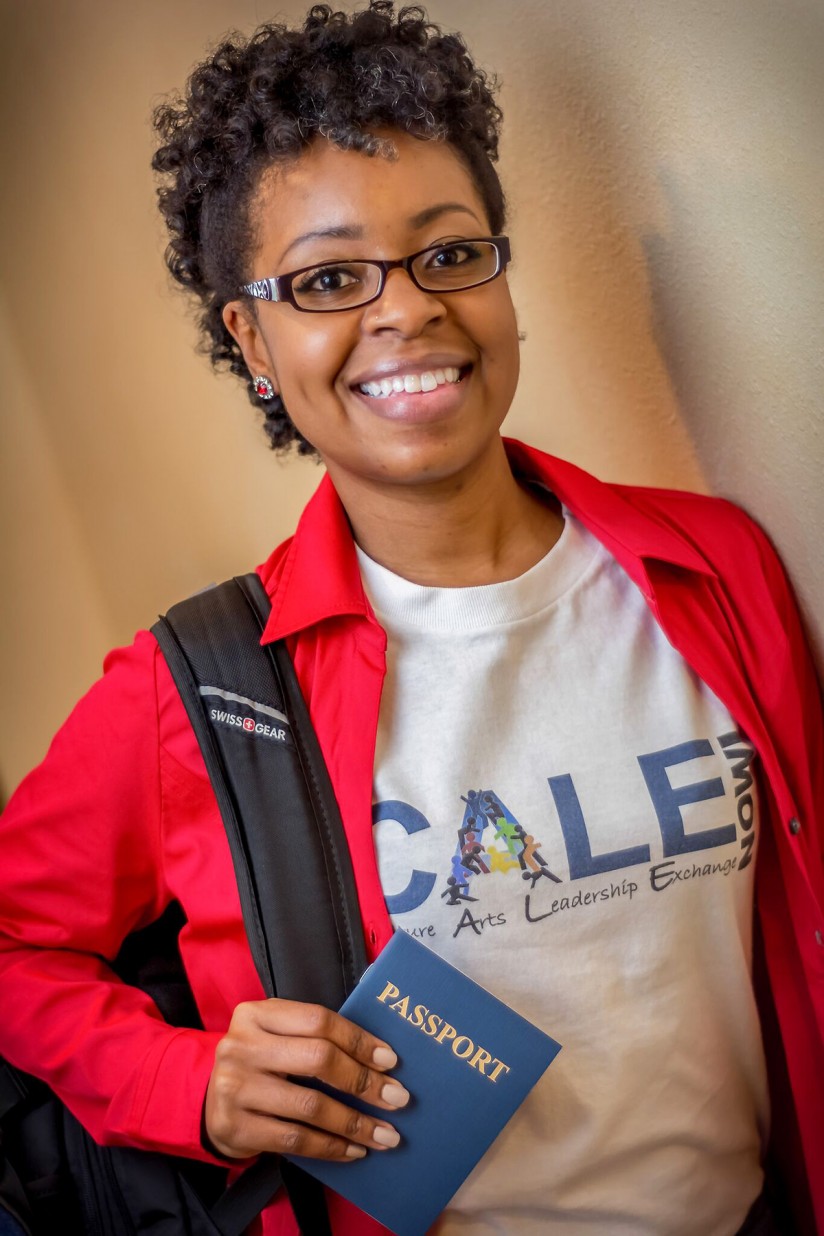 Patton: Have passport, will travel (Photo/Courtesy of Kiahnna Patton)

Patton began participation in the MNLM program over the summer and is scheduled to complete her degree next year. So far her favorite classes have been on advocacy and leadership. She’s learned how to better structure the organization’s board and think about budgeting differently.

The fact that she founded her own nonprofit has been an inspiration to her MNLM classmates, according to Associate Professor Nicole Esparza, who heads the MNLM program.

“She took her passion and made it into an organization, which is really incredible,” Esparza said. “She has a lot of knowledge and real-world experience that she has shared with her MNLM cohort. If other students in the class want to create their own nonprofits, she has advice on how to do it, including lessons from the challenges she has faced. This is part of what makes the MNLM program so unique. We all share and learn from each other.”

Patton brought four kids to Peru, five to Ireland and six to Cuba. Next year, she hopes to raise that total to 10.

Patton reminisced about one student, Alexis, who was 12 when he took part in the inaugural year — he was shy and reserved from being bullied in school. By the end of the program, it made Patton tear up to see him filled with the confidence to raise his hand and speak publicly about his experience in CALE Now! during the culmination banquet. He’s returned the past two summers to volunteer, Patton said.

She dreams of scaling up CALE Now! nationally, running multiple times throughout the year and partnering with airlines, hotels and companies in the countries to which they travel.

“Most organizations start small like us,” Patton said. “I tell the kids I expect them to take over this organization and run it one day. There are kids to be impacted by this program who have yet to be born and that excites me. I get to live my dream of travel and live my dream of making the next generation better.”

USC students build an orphanage, provide water to the homeless and assist immigrants

The COVID-19 pandemic hasn’t stopped students in Kamy Akhavan’s class “Doing Good: How to Start and Run a Successful Nonprofit Organization” from bettering the world.

The USC Price students helped the Hollywood-based nonprofit to map out its upcoming capital campaign, which marks 30 years of providing free daily meals to people affected by life-threatening illnesses.