Mitochondria — the structures within cells mostly known for converting nutrients into usable energy — may play a larger and more direct role in the aging process than previously thought, according to USC Leonard Davis School of Gerontology Assistant Professor David Lee.

In addition to powering cells, mitochondria serve important roles in coordinating metabolism, Lee said. And evidence has shown that mitochondria — which have their own smaller genome separate from the larger collection of genes in a cell’s nucleus — lose function and accrue DNA damage during the aging process, reflecting a role in aging.

In trying to determine how the mitochondria are involved in aging, many researchers have studied the signals sent from the nucleus to the mitochondria and how they change with age. However, Lee theorizes that communication between the cell’s powerhouse and its control center may be taking place in both directions, with signaling molecules originally coded in the mitochondrial DNA regulating the nucleus and causing changes that affect key cellular factors of aging, such as metabolism.

The regulation of aging metabolism

Supported by a newly announced Junior Faculty Grant from the American Federation for Aging Research (AFAR), Lee hopes to determine the age­dependent impact of MOTS-c on metabolic aging in mice, including physical performance. His findings will hopefully illuminate the roles mitochondria play in the regulation of aging metabolism and lead to new therapies for age-related diseases. 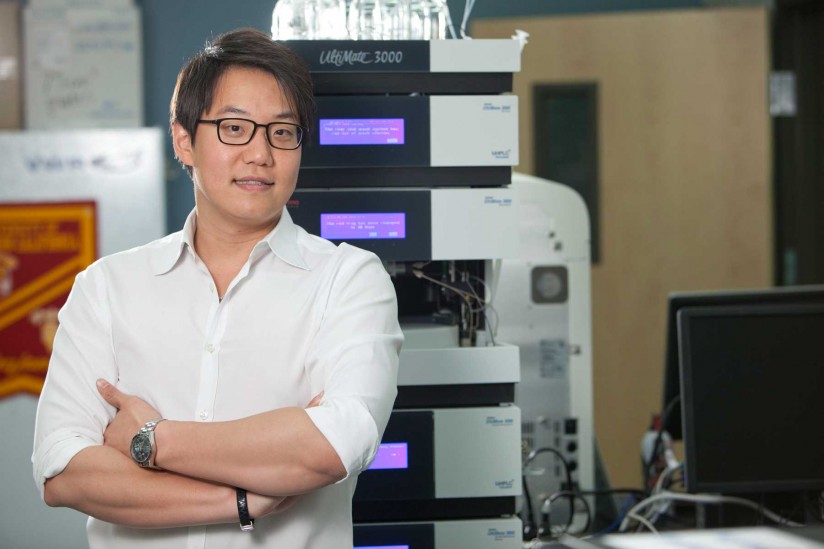 On receiving the $100,000 grant, Lee said, “AFAR has been a major advocate and sponsor for aging research and is a pillar of the aging field that nurtured countless discoveries. AFAR is my laboratory’s mitochondria that supports the evolution of our research — it powers our laboratory in various ways.”

AFAR is a national nonprofit organization with a mission to support and advance healthy aging through biomedical research. Founded in 1981, AFAR has supported the funding of science in healthier aging and age-related medicine.

“AFAR’s biology of aging grants help create a career pipeline that is essential to advancing better medicine for age-related diseases and discoveries that will help us all live healthier, longer,” said Stephanie Lederman, AFAR executive director.