Eleven years after film critic Roger Ebert pronounced that video games are not art, the possibilities of the medium and the creativity of the people working with it continue to nudge him into the wrong side of history. Nowhere is that more true than at IndieCade, the premier independent gaming festival that has been around about as long as Ebert’s pronouncement. The event officially kicked off today for the first time on the USC campus, home to the prestigious and top-ranked USC Games design program, after seven years of calling Culver City home.

IndieCade runs through Sunday, Oct. 16, at the USC School of Cinematic Arts on the USC University Park Campus.

Information and pricing are available on the IndieCade website. USC students can attend regular exhibits free with student ID.

Games at IndieCade come in all shapes, sizes and forms — from traditional to fully immersive experiences — and at varying levels of completion, though developers must have finished at least one playable level before submitting a game.

Games can vary from “very rough drafts” to something like Beautiful Corner from Martzi Campos MFA ’16, a USC Interactive Media & Games instructor. An installation that marries the power of interactive technology and stagecraft with Choose Your Own Adventure and Alice In Wonderland, Beautiful Corner follows the literary tradition of the “epistolary novel,” but with a few more literal dimensions added.

As Player 1 enters the Beautiful Corner set, the player adopts the role of Avery, brought back to a childhood friend’s home after many years. As the adult Avery, the player must then use letters and other clues to rescue this childhood friend, “Alex,” from a purgatory of arrested development — a good metaphor for IndieCade itself and the promotion of “just video games” to greater importance, if ever there was one.

For IndieCade founder and CEO Stephanie Barish, a USC School of Cinematic Arts alumna, the move to campus is both a natural fit and a sort of homecoming. Barish was classmates with USC Games Director Tracy Fullerton, who helped push for the festival’s presence at University Park. 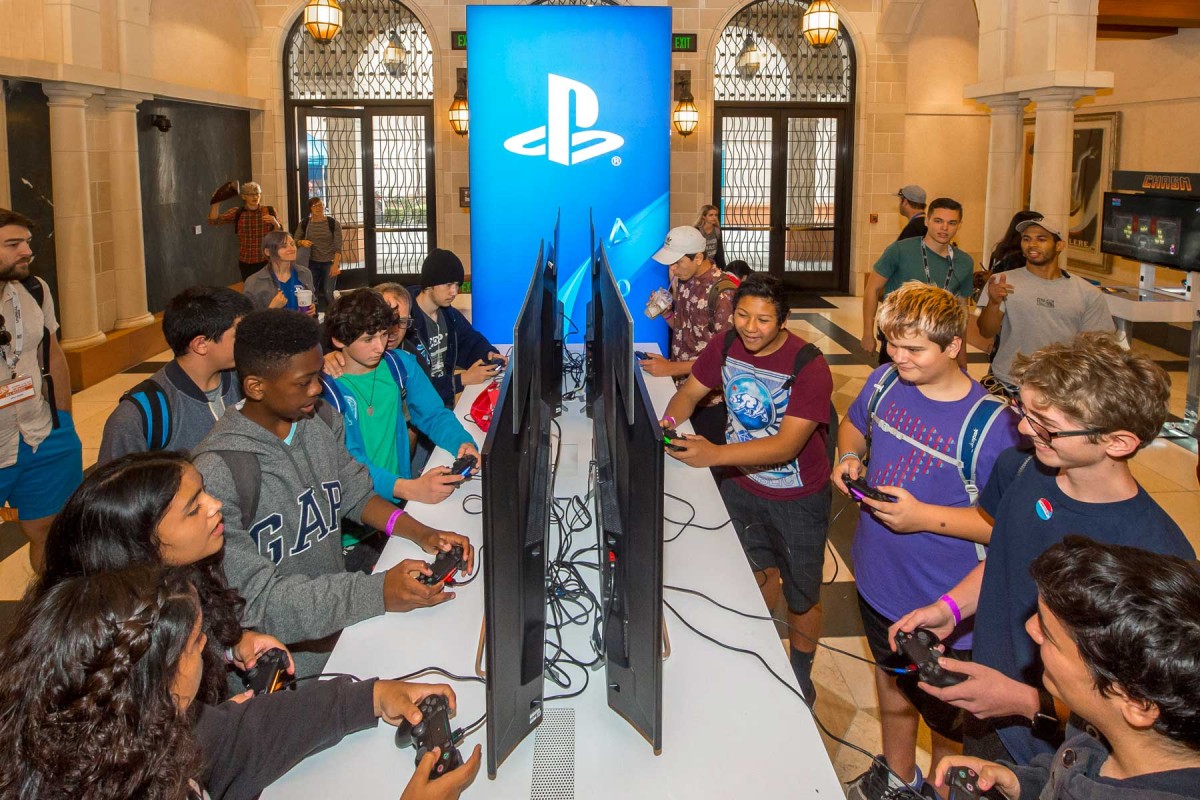 “Tracy Fullerton came to us and said, ‘Please crash on our couch this year.’ We’re all indie and this is the way we do it. So we came,” said Barish.

“We have a really deep connection with USC. A lot of the USC student games have gone on to get awards and a lot of faculty games have won awards. USC games are always very high quality and very innovative.”

Unlike the vision of the iconoclastic, singular auteur that has defined independent cinema over the last 25 years (think Quentin Tarantino), collaboration also lies at the core of independent game creation. It’s a common theme running through the festival, which considers itself gaming’s answer to the Sundance Institute’s Sundance Film Festival and its artist support infrastructure.

“IndieCade is a place to come and belong regardless of the kind of thing you’ve made. One of the policies the festival has that I really enjoy is If you think it’s enough of a game to submit it, we will treat it as a game,” said Jeremy Gibson Bond, co-chair of Thursday’s popular developer-focused IndieXchange summit which preceded the festival. “All of our independent developers are like little speedboats and they can go wherever they want, so wherever there’s a niche that hasn’t been hit yet, you’re going to find independent developers there.”

There’s no other event you go to where the developers are right there with their games.

Added Barish, “That’s the key thing. It’s inspiring and it’s fun. The talks are inspiring; the people are inspiring. There’s no other event you go to where the developers are right there with their games.”

Some of the highlights over this weekend for the festival include:

Even though IndieCade is already a must-attend for both small developers and major gaming studios from across the globe, it also offers much to the casual gamer or anyone who has ever entertained the notion of building a better Pokemon Go (USC students can visit most exhibits for free with their student ID). Those skeptics in the tradition of Mr. Ebert who might also attend, will also see very real evidence that the video game industry is not only filled with some our most talented technical and visual developers, but some very talented artists as well.

James Earl Cox III has 71 games under his belt, but asks: What makes a game a game, anyway?

The director of USC Games is recognized for her leadership of the university’s top-ranked game design program, increasing its diversity and expanding its reach.

Tracy Fullerton honored as Game Changer of the Year

The director of USC Games is honored for mentoring new generations of game creators and researchers.