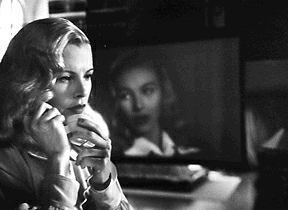 L.A. Confidential has won the Friends of the USC Libraries’ 10th annual Scripter Award, honoring the year’s best film adaptation of a book.

Ellroy, Helgeland and Hanson will be honored with crystal book awards Saturday, March 14, at the 1997 Scripter Award black-tie dinner in the Times-Mirror Reference Room of Doheny Memorial Library. Comedy writer Hal Kanter will serve as master of ceremonies.

“Because the movie L.A. Confidential began with Brian Helgeland’s and my love of James Ellroy’s novel,” said director/co-screenwriter Hanson, “it’s an enormous pleasure for us to win an award that we share with him.”

Author James Ellroy said, “Curtis Hanson and Brian Helgeland’s adaptation of my novel stands as salutary adaptation work and a wonderful work of art in its own right. Honors aside … the great gift I’ve been given is this compatible yet completely unimaginable visual equivalent of my novel. I’m thrilled that the screenplay won this award.”

Lawrence Kasdan, producer, director, screenwriter and 1988 Scripter Award winner for The Accidental Tourist, chaired the 43-member selection committee of film and literary professionals. The award honors the best realization of a book as an English-language film.

Other finalists for the 1997 award were: Columbia Pictures’ Donnie Brasco, Paramount Pictures’ The Rainmaker, Fine Line Pictures’ The Sweet Hereafter and Miramax Films’ The Wings of the Dove. Any English language movie based on a book and released during the 1997 calendar year was eligible for nomination.

In addition to The Accidental Tourist, previous winners include The English Patient, Sense and Sensibility, The Shawshank Redemption, Schindler’s List, A River Runs Through It, Fried Green Tomatoes, Awakenings and 84 Charing Cross Road.

For more information or to reserve tickets to the dinner, call Karin Berger at 740-2328.