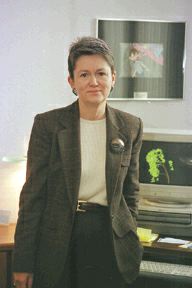 Elizabeth M. Daley: “These [three] studies have important points of intersection and will put USC in a position of leadership on academic, creative and technical fronts.”

Elizabeth M. Daley, director of the Annenberg Center for Communication, has announced three new, interlocking studies that will define a major research thrust for the next three years.

The interrelated projects constitute the second phase of an investigation into “community in the digital age” initiated last year with awards of 11 individual faculty grants. “Our intent is to consolidate our efforts into specific research areas and to maximize the expertise we have at USC,” Daley explained.

The Annenberg Center’s mandate is to serve as the world’s foremost proponent of cutting-edge research in communications, building primarily on the strengths of the schools of cinema-television and engineering and the Annenberg School for Communication. It was established in 1993 through a $120 million gift from Ambassador university. The center’s endowment provides seed money for a variety of innovative projects.

The three new studies are:

“These studies have important points of intersection and will put USC in a position of leadership on academic, creative and technical fronts,” Daley said. “For example, the fictional worlds created for the ‘Labyrinth Project’ extend the definition of community that is being explored in the ‘Metamorphosis’ investigation of Los Angeles. These projects encourage broad cross-disciplinary involvement, and we are very excited about their outcomes,” she said.