Some 50 years ago, Los Angeles postcards proudly showcased the city’s tangle of freeways — with traffic flowing freely, of course. To landscape architect Gerdo Aquino, that retro art inspires questions about the future.

“We used to be so proud of our infrastructure,” said Aquino, an adjunct associate professor at the USC School of Architecture. He scans a mid-century postcard image of L.A.’s famous four-level interchange north of downtown. “It makes me wonder — just what is the appropriate image to be emblazoned onto a postcard that speaks to the identity of Los Angeles?”

In present-day L.A., miles of traffic-clogged asphalt and concrete riverbeds have become nearly as iconic as the city’s palm trees and beaches. But urban advocates are tackling the challenges of the city, trying to reimagine its infrastructure in new ways that “benefit more than just the automobile,” Aquino said. During a time of climate change, the struggles and opportunities in the nation’s second-most-populous city offer lessons for all.

That’s why writers, academics, activists, landscape architects, artists and scientists from around the world recently descended on USC. Their “Landscape Architecture as Necessity” gathering — hosted by the Graduate Program in Landscape Architecture + Urbanism at the USC School of Architecture on Sept. 22-24 — offers hope for a new urban landscape sprouting within parks, neighborhoods and urban spaces.

Kelly Shannon, professor and director of the landscape program, sees L.A. as a living laboratory where landscape architects and others are addressing how cities can adapt to climate change, one project at a time. It inspired her, together with co-chair and USC School of Architecture Assistant Professor Alison Hirsch, to create a conference focused on the issue of landscape architecture as a framework for addressing global climate change.

Los Angeles is the perfect place for an international discussion, Shannon said, because its climate, ecological issues and urban growth are a “microcosm of the challenges facing the state, the nation and world.” Within that pressured environment, she sees landscape architecture as an invaluable resource for restructuring environments in response to the potential impacts of climate change, such as an increasing incidence of droughts, floods and forest fires.

Big projects like the restoration of the Los Angeles River are key to preparing the city to absorb the stresses and shocks of extended drought periods, flooding and sea-level rise, said Aquino, CEO of the landscape architecture firm SWA. “With every new park, garden and trail, we have the chance to prove we can be innovative with how we take on resilience and resource scarcity.”

Aquino and his colleagues pointed out a shift in how planners and designers envision Los Angeles’ public spaces, better melding them into the environment. These landscape architects are now integrating social and cultural life with nature and urban development.

Parks need to be more than just beautiful. They also need to incorporate ecological elements.

The role that water plays in cities 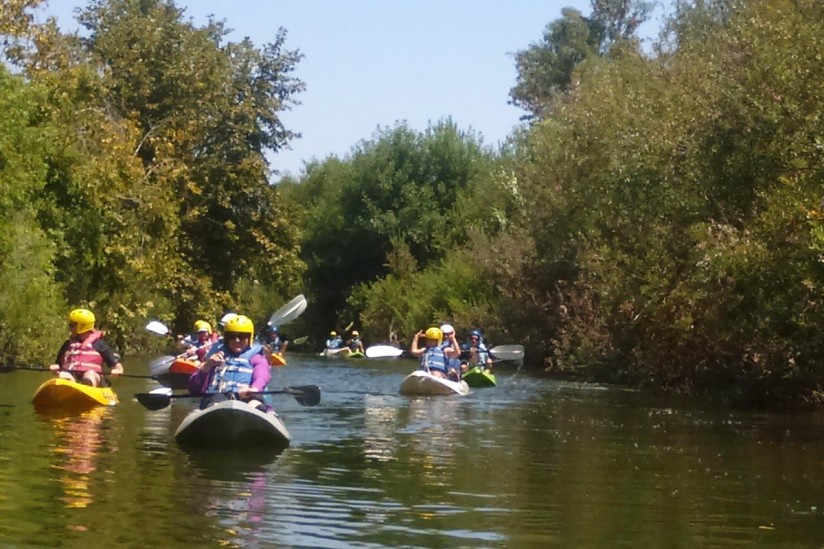 USC urban spatial ecologist Travis Longcore, assistant professor at the School of Architecture, called attention to the plight of the urban forest, as neighborhood trees have died or are showing signs of stress due to the lack of water during drought.

“The urban forest is first line of defense against the effects of climate change. Trees reduce temperatures and help recapture storm water runoff,” Longcore said. Simply turning off the water may help with one aspect of the drought, but it may make other problems, like urban heat islands and storm water capture, worse. “We have to look at these policies holistically.”

Landscape architecture will be seen as a major game changer in the coming decades in Los Angeles and beyond, according to Shannon, who was a professor at the Institute of Urbanism and Landscape of the Oslo School of Architecture before joining USC in 2015.

While she laughs that many people in the U.S. mistakenly view landscape architects as “glorified gardeners,” she sees a role for the profession to be a vital player in revisioning cities of the future in light of climate change.

“By 2050, this region is expected to warm by 5 degrees, with a 5-to-24-inch rise in sea level,” Shannon said. Landscape architects are uniquely suited to help areas such as L.A. adjust.

Landscape architecture is about working within nested, interconnected systems.

“Landscape architecture is about working within nested, interconnected systems,” Shannon said. The profession synthesizes ecological systems, scientific data, engineering methods, social practices and cultural values, and integrates them into the design of a planned space.

By bringing landscape architecture to the forefront of the discussion about living through climate change, she hopes to move past the rhetoric of “sustainable design.” Sharing real-world projects in L.A. and around the world that offer novel approaches to environmental planning and decision-making can get more people to grapple with pressing urban issues — and plan ahead for what’s to come.

“What we hoped to do was initiate a discussion and underscore that the professions of the built environment must become a necessity, not a luxury. The contemporary environment is a litmus test of so-called progress; social and environmental disturbances should rattle our collective conscious to its very core. The disturbances are a high-volume distress call,” Shannon said.

Bringing together people from a variety of disciplines and nearly every corner of the globe created invigorating discussions, provocations and perhaps more looming questions than answers, Shannon said.

“But we all walked away knowing that we need to challenge business as usual, and landscape architecture can be an essential game changer.”

The school provided the perfect opportunity for Colin Montoute to develop his passion creating public spaces that enable civic relationships and economic opportunities to thrive.

Throwing shade at L.A.: USC researcher measures impact of trees, or the lack of them

USC spatial scientist John Wilson discusses the benefits of more trees in the urban core, the differences between Beverly Hills and Boyle Heights, and how trees will shape L.A.’s future.

The semesterlong architecture immersion course gives students rare opportunities — and a glimpse into a field that just might be a perfect fit.