The USC Annenberg School for Communication and Journalism played host to a packed crowd that watched Monday’s presidential debate.

The first debate televised debate between Hillary Clinton and Donald Trump drew a crowd of more than 350 people who watched on the three-story-tall screen in the lobby of Wallis Annenberg Hall.

The debate was preceded by a panel discussion with political experts Antonia Hernandez of the Commission on Presidential Debates, USC Annenberg Professor Judy Muller and Gordon Stables, assistant dean of student affairs at USC Annenberg and USC director of debates and forensics. 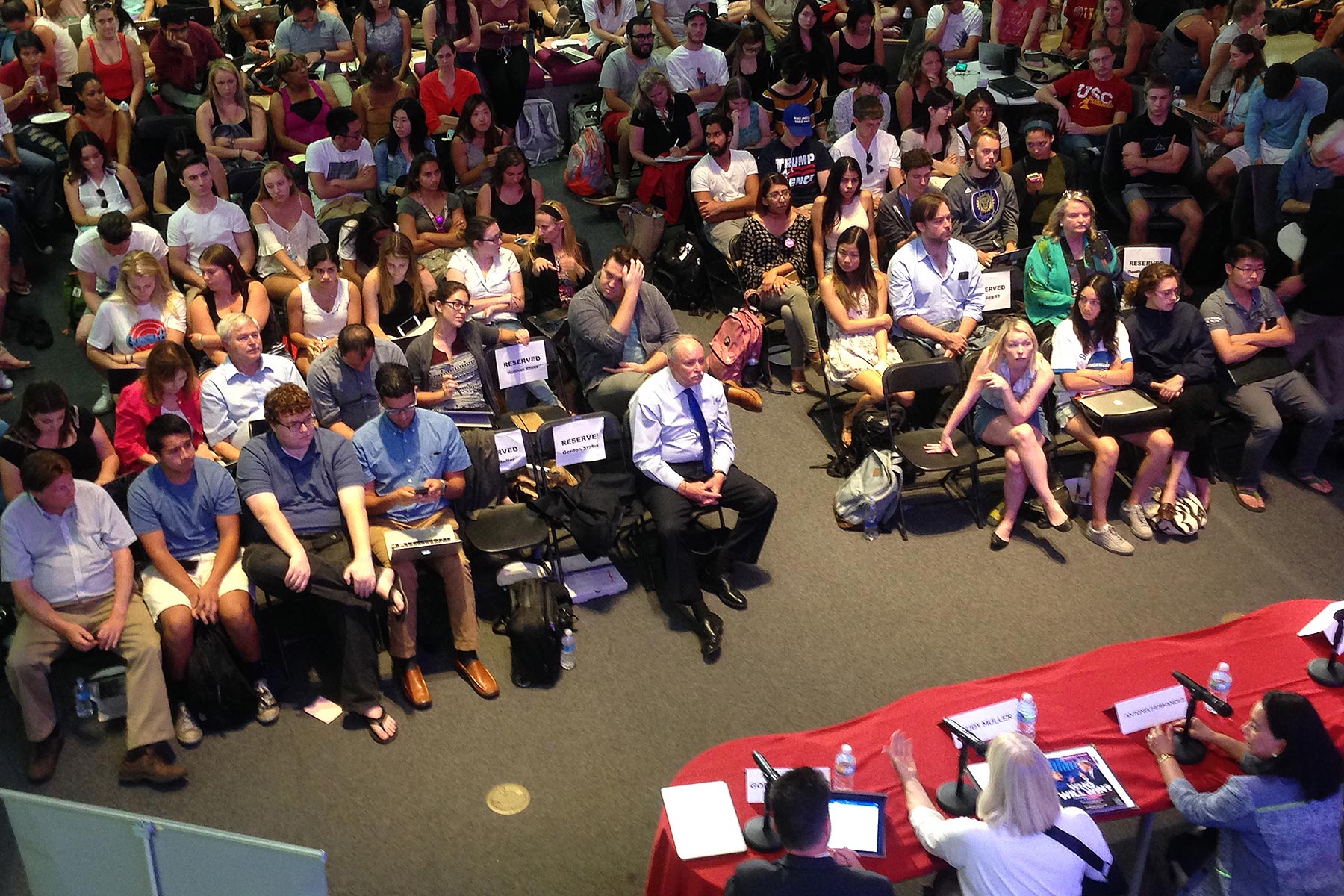 The new Daybreak Poll aims to offer a best estimate of how Americans will probably vote in the 2016 presidential election, USC researchers say.

Two new programs will give students a mix of communications and technological skills, finding new ways to deliver news.