Doctors, first responders and other health care professionals can use techniques inspired by law enforcement to better identify and address cases of elder abuse, according to a clinical case study led by USC Leonard Davis School of Gerontology researchers.

Marti DeLiema PhD ’15 is first author of the case study, which examined two cases of suspected elder neglect and discussed how first responders, emergency department health care providers and other professionals could view them through a “forensic lens” to determine whether there was cause to believe neglect or abuse had taken place.

At first glance, the two potential elder abuse cases described in the article seemed largely the same. In each, an older adult arrived at the emergency department in very poor health with signs of neglect, including severe malnutrition, skin ulcers and other physical problems. In addition, the caregivers (the patients’ adult children in both cases) were extremely uncooperative with the health care team and insisted that their parent could return home to their care instead of transferring to a skilled nursing facility. However, careful investigation revealed that the seemingly similar symptoms of elder neglect resulted from very different caregiving situations, DeLiema said. 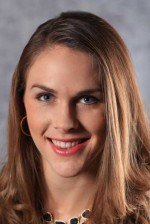 Marti DeLiema encourages a “forensic” approach in her research. (Photo/Courtesy of Marti DeLiema)

“The ‘forensic lens’ is intended to help investigators evaluate the entire clinical, social and legal scenario when determining the cause of elder mistreatment. Objective documentation of the signs of neglect is helpful to neglect investigators, who may subpoena health records if the case is referred for prosecution,” DeLiema said. “The goal is to help front-line workers become better forensic investigators by identifying what to look for and document using insights from law enforcement professionals.”

In the cases referred to in the article, observations from responders at each of the patients’ homes, detailed documentation of the patients’ conditions and objective, non-accusatory interviews with the caregivers were critical to deciding whether intentional elder neglect had taken place.

In the first case, the patient’s daughter told an interviewer that she had become frustrated with outside medical providers after a negative experience with a home health care agency. The daughter said she believed she could provide better care on her own and brought her father home from the hospital against medical advice. A home visit showed she had provided her father with a clean environment, medical equipment and attentive care; however, her father’s health had declined despite her best efforts.

In the other case, the patient was found filthy and inadequately clothed in a dirty, fly-infested bedroom of an otherwise clean and well-appointed home. In addition, the patient’s son admitted to cashing his father’s benefit checks but refusing to provide access to medical care because his father “didn’t need to see a doctor or take medicine because he is dying.”

In their review of the medical examinations, caregiver interviews and health records, the team used the systematic “forensic lens” approach to identify which of the cases appeared to be a true instance of neglect. As a result, only the latter case was recommended for potential prosecution for elder neglect. If health care professionals and other responders had only looked at outcomes and not at the other clues, the responses to both cases may have been much less nuanced, DeLiema said.

Along with observing home conditions and patient presentation and conducting caregiver interviews, responders and health care providers can also analyze frequency and history of health care visits and interview the patient separately from their caregivers if the patient is capable. DeLiema acknowledged that this kind of careful investigation and documentation isn’t always easy for busy health care professionals to undertake, but more hospitals are adopting policies to encourage better documentation, and organizations such as the American Medical Association and National Center on Elder Abuse provide guidance for health care professionals who want to know more.

This is a population of victims who often can’t testify on their own behalf.

“Time is the biggest barrier; providers are so pressed to see one patient after another … Embedding documentation protocol into evaluations of patients would go a long way, as would addressing how to detect and report abuse and neglect more thoroughly in medical school curricula,” she said. “This is a population of victims who often can’t testify on their own behalf; evidence from health care providers is critical for prosecuting these cases. Physicians and other health care providers can be trained for what to look for; just as a detective looks for clues in a crime scene, physicians can look for clues in a patient’s body and behavior.”

The study, “The Forensic Lens: Bringing Elder Neglect Into Focus in the Emergency Department,” appeared in the September issue of Annals of Emergency Medicine and was co-authored by Deirdre Anglin of the Keck School of Medicine of USC and Danielle Li of the University of California, Irvine.

How can health care professionals protect seniors from elder abuse?