With the 15th anniversary of the 9/11 attacks Sunday, Director Detlof von Winterfeldt of the Center for Risk and Economic Analysis of Terrorism Events (CREATE) at USC reflects on that day and the future challenges for homeland security research. (Responses have been edited for length and clarity.)

Q. How has university research of national security issues evolved since 9/11?

A. The November 2002 enabling legislation for the Department of Homeland Security (DHS) included the following innocuous sounding sentence: “The Secretary, acting through the Undersecretary for Science and Technology, shall establish, within 1 year of the date of enactment of this Act a university-based center or centers for homeland security.” Thus the Office of University Programs (OUP) was born within the Science and Technology Directorate of DHS.

The first solicitation for a university-based center of excellence (COE) was sent out in August of 2003, and in March of 2004 the first award was made to the Center for Risk and Economic Analysis of Terrorism Events (CREATE) at USC. Twelve years later, 17 COEs had been funded by OUP, with 11 receiving continued funding including CREATE and six others having achieved “emeritus’ status.

The total OUP spending over these 12 years has been about $40 million per year, with much of the funds going to university research and education. In my personal opinion, this is probably the best investment that DHS has made so far. It not only brings it most creative and innovative minds to work on homeland security problems, but it already has shown remarkable returns on investment in terms of cost savings, efficiency improvements, and risk reduction.

Q. What are some of the most important lessons learned through CREATE research about 9/11?

A. CREATE’s mission is to improve homeland security decisions to make our nation safer. From the start we threw all the advanced analytical tools and methodologies that were available at the important problems faced by the DHS. For example, we used decision theory to determine whether the nation should protect commercial airplanes with countermeasures to reduce the risks of surface to air missile attacks by terrorists. We used game theory to randomize patrols and checkpoints at large facilities like airports and seaports. We used optimization algorithms to help allocate resources to protect infrastructure assets like dams and chemical plants.

A main lesson was that we could experiment with advanced analytical tools without the pressure to deliver a useful product right away. However, if the research leadership did not see any potential or real usefulness of a project after two years, we canceled it.

Another lesson was that risk analysis, while difficult, can be useful to study and assess the threat, vulnerability and consequences of terrorism. Initially, there were many skeptics, because unlike traditional natural and technological risks, we are facing an adversary who can observe and respond to our defenses and adapt attack modes and targets. Nevertheless, we tried to use the tools of risk analysis and found that they can be adapted to terrorism – for example, in the form of attacker-defender decision trees or extensive forms of a game. These insights made their way into several very terrorism risk analyses that are widely used in the DHS – examples are the Bioterrorism Risk Assessment, the Chemical Terrorism Risk Assessment  and the Rad/Nuke Terrorism Risk Assessment. 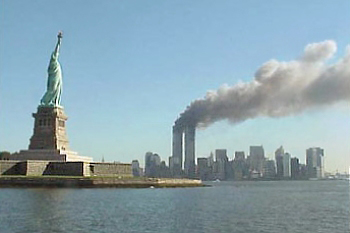 A third lesson was that we need to continually interact with decision makers to make our analyses and products useful. Our most successful studies involved the decision makers throughout the process. For example we involved the MANPADS (man-portable air-defense system) Countermeasure Office to evaluate the costs and benefits of surface-to-air missile defenses, we worked with the Office of the Legal Counsel of FEMA to investigate the use of a disaster deductible formula in the allocation of public assistance funds to the States in case of a disaster; we worked closely with U.S. Customs and Border Patrol to determine the value of adding officers at the U.S. ports of entry, and we worked with the California Governor’s Office of Homeland Security to allocate DHS funds to protect infrastructure assets.

Q. What are some of CREATE’s biggest achievements and how have they made the nation safer?

CREATE took on the challenge and created the 9/11 Economic Modelling Forum, which used alternative methods and economic models, and eventually converged on a range of $90 billion to $120 billion. The fact that this is a relatively small economic impact — hardly observable as a GDP reduction — is due to the resilient recovery of the World Trade Center businesses, many of which had redundant systems off site and were able to relocate within a few weeks. Incorporating resilience upfront is therefore one of the major ways to make the nation safer.

A third major achievement was the success of our game theory work. Starting with the development of randomization procedures for scheduling patrols and checkpoints at Los Angeles International Airport, our game theorists have expanded to similar work for the U.S. Coast Guard (randomizing USCG patrol boats) and the Transportation Security Administration (randomizing allocations of federal air marshals, and risk-based allocations of airline passengers to security lines). Our game theory algorithms are now used nationwide by many customers.

Q. What are the most pressing security challenges facing the nation and how can CREATE help?

The landscape of terrorism has shifted since 9/11 from the threat of very large and well planned al-Qaida-led attacks to the more isolated “lone wolf” or small cell attacks inspired or led by ISIS, like the ones carried out in San Bernardino, Paris, Brussels or Istanbul.

While these smaller attacks have smaller consequences, they are also much harder to defend against. Big data analytics to identify potential suspects, observe trends in social media and communications and to analyze suspicious activity reports may be useful to support law enforcement in this very difficult task.

While terrorism has shifted to smaller, more opportunistic attacks, we should not forget the possibility of another huge attack, including the use of radiological, nuclear, biological or chemical weapons. CREATE will continue to work with the experts at the DHS to simplify risk assessments and to make them more useful for decision making and resource allocation to reduce the risks of these dangerous attacks

Cyberattacks pose a new challenge that CREATE has begun to address. We are developing methods to study the consequences of cyberattacks, including business interruptions and loss of revenue and how to increase business resilience.

Commemoration includes moment of silence, laying of wreath at 9/11 Memorial on the University Park Campus.

Professor weighs in on historical legacy of 9/11

USC Gould School of Law Professor Mary Dudziak recently joined a panel of historians who reflected on the effect the Sept. 11, 2001 terrorist attacks have had on American foreign policy and how the “war on terror” has changed evaluations of history.