USC Gould School of Law Professor Edward Kleinbard is USC’s go-to tax law expert. Since Tuesday’s decision by the European Commission that Apple struck an illegal deal for the company to pay very little taxes while it based its European Union operation out of Ireland, Kleinbard has been quoted in The New York Times, The Wall Street Journal, Los Angeles Times, Bloomberg and Politico – to name just a few – to help reporters and their readers understand why Apple is in the news and why it matters.

Q. What did Apple do? 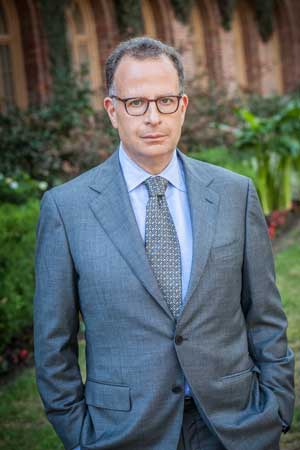 “Apple entered into a deal with Ireland to not pay tax on all those profits [and instead, Apple paid] an arbitrarily small amount to Ireland in return for a vague promise to keep jobs in Ireland.”
— Business Insider

“In the U.S., states can fall all over themselves to offer subsidies and loopholes, but that is exactly what is illegal in Europe.”
— The New York Times

“They put as much energy into tax avoidance policies as they did into industrial design.”
— Los Angeles Times

“U.S. companies are the grandmasters of tax avoidance.”
— The New York Times

“If a multinational hasn’t been doing this, they need to fire their CFO.”
— Yahoo Finance

Q. Why is the U.S. Department of the Treasury defending Apple’s actions?

“There’s this gigantic pot of money of over $2 trillion in offshore profit and the U.S. Treasury is trying to bully itself to the front of the line.”
— Los Angeles Times

“Nevertheless, because of the nature of U.S. politics, [this] will be framed by the U.S. as Europe overreaching and discriminating against ‘our team.’”
— The New York Times

Q. Why is the Department of the Treasury’s defense of Apple troublesome?

“This will be framed by the U.S. as Europe overreaching. That overreaction will make it a lot more difficult to police companies’ international tax structures.”
— The New York Times

“I see it as the United States digging in its heels, that it is protecting its corporate champions when in fact it’s claim jumping on what is really European income.”
— The Wall Street Journal

“The wronged party here is not the U.S. companies who do business all over the world, and all over Europe, where every tax rate is in double digits and yet they pay tax at a single-digit rate. The wronged party is all the European countries that got snookered. The United States has no business of championing the cause of global tax avoiders. These are big boys and girls.”
— Politico

The EU’s Apple decision “is going to make everything worse” for the prospects of international cooperation. “It’s leading to finger pointing and will upset the OECD’s [Organisation for Economic Co-operation and Development] work” on the issue.
— Bloomberg

Apple’s “easy days of single-digit tax rates are over” and now the big question is “how much of Apple’s tax revenue will go to the U.S. in the future and how much will go to Europe?”
— Business Insider

To learn more, watch his TEDx Talk, read Kleinbard’s op-ed on The Hill and listen to his interviews on NPR and CNBC.

The legal adviser is lauded as one of the leading tax scholars in academia.

We Are Better Than This has been praised by the nation’s top publications.

USC Gould Professor Edward Kleinbard will outline his proposals for international tax reform on June 13 before the U.S. House of Representatives Ways and Means Committee.

Passing the bar and savoring success

USC law grads prepare to move from classroom to counsel — doing so at a higher rate than last year.