When Tyler Borch was 10, he watched his uncle’s U.S. Army retirement ceremony in Virginia. Borch was impressed with the military history, the museums in the area and the professionalism of the ranking officers and soldiers. He knew then that he wanted to pursue a career in the military.

Ultimately, he opted for the Navy. Growing up as a swimmer and water polo player, it was a natural choice. He considered Annapolis but decided to attend USC to fulfill his dream of military service while also receiving the traditional college experience.

“The [Naval] Academy is great,” Borch said, “but I wanted that enhanced college experience at USC.” 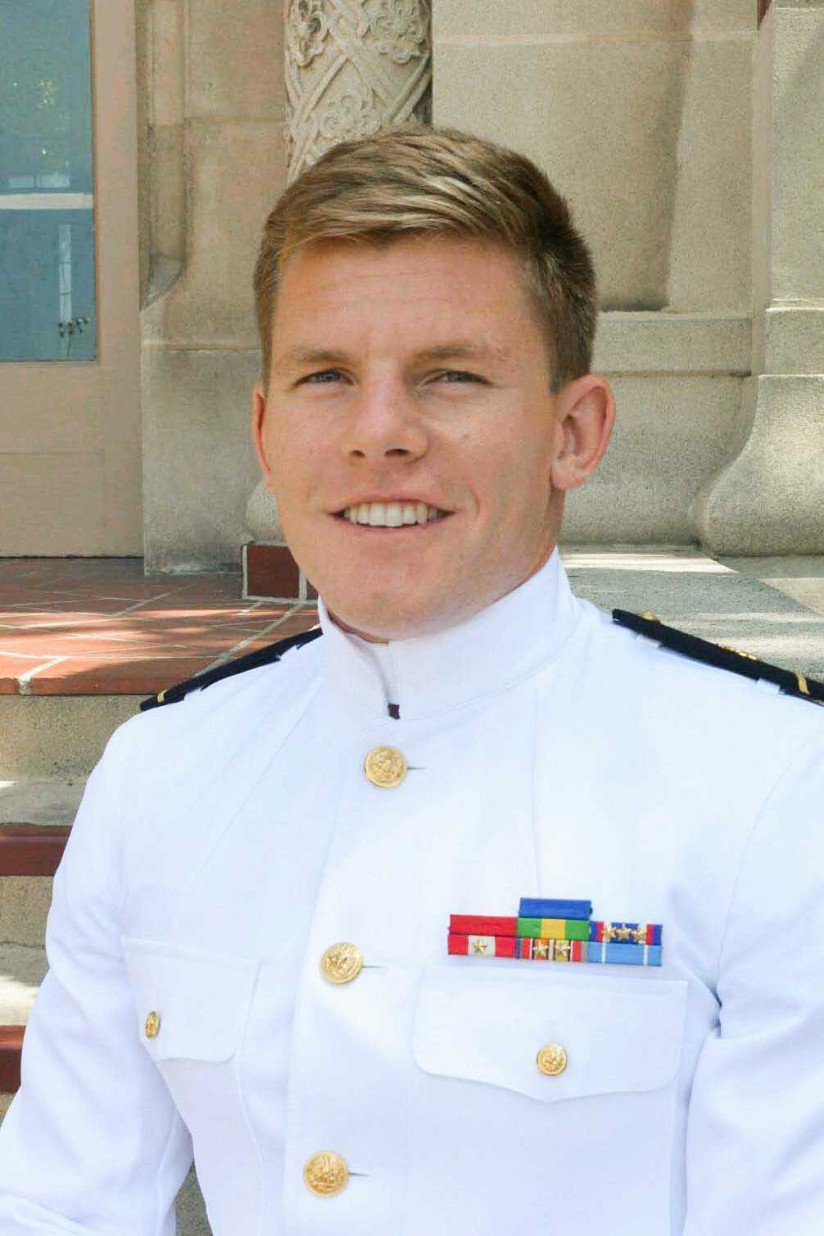 This fall, Borch will begin his senior year in the USC Viterbi School of Engineering’s Daniel J. Epstein Department of Industrial and Systems Engineering (ISE), where he’ll focus on information systems and operations. He has also been an active member of USC’s Naval Reserve Officers Training (NROTC) program for the past three years.

The connection between the Navy and ISE is clear to Borch.

“The Navy is very technology-oriented,” Borch said. “Everything is a process from training to missions to deployments, and ISE covered such a broad base of technology and process-based understanding.”

Studying industrial and systems engineering has given him the opportunity to look at the bigger picture of information and operations systems. Studying the processes and sub-processes of operations and logistics, he’s confident his time at ISE will help him dissect operations issues within the Navy.

Along with his ISE classes, Borch — with all Naval ROTC students — takes a Naval Science class each semester, where he studies subjects such as naval history, weapons systems, leadership and ethics, among others.

As a member of the NROTC Trojan Battalion, Borch has received extensive exposure to multiple branches of the military, which has fostered a strong support system that he believes has prepared him for a career in the military.

The most memorable thing about his time in ROTC has been the people.

“ROTC brings together people who want to be in the military, want to serve their country, who are ambitious and are willing to lead and listen,” Borch said. “The friends I have made have been lifelong friends, and I look forward to my future.”

This fall, Borch will be the commander of 70 people in the ROTC Trojan Battalion — a position he was chosen for by his commanding officer to represent the USC NROTC midshipmen.

“I hope that just as USC has given me an invaluable learning and growing opportunity to pursue my dreams, I will also be able to give back and help support the aspirations of future leaders who will inevitably find themselves at SC,” Borch said.

The Borch family is no stranger to USC. Borch’s younger brother, Cameron, will begin his sophomore year in ISE and his older brother, Kyle, is a graduate student in mechanical engineering and engineering management.

“We were always together,” Borch said. “We went to the same high school; we swam and played water polo together.”

Older brother Kyle helped him navigate college life, but then gave him the space to figure it out on his own. They now live together off campus.

“Since he’s the oldest in the house, my roommates and I call him dad and put a USC Dad decal on his door,” Borch said. And they now give younger brother Cameron the same advice.

“I’ve been brought up in a family that values service to others because what we are given isn’t just by chance,” Borch said. “Plenty of people have served to maintain and protect our freedom, and I feel it’s my obligation to follow this path as well. Giving back to my country gives me a great sense of pride and motivation to succeed.”

They met on their first day at USC; now they’re Army officers and run a near-million-dollar startup

COMMENCEMENT 2022: This month, Brian Femminella and Lucy Schafer will receive their diplomas, become military officers and continue to work on their music therapy app.

What is a war crime? A former U.S. State Department foreign affairs officer provides a primer

Jeffrey Fields of international relations at USC Dornsife discusses the definition and origin of the term, and assesses President Biden’s allegations against Russia.

USC engineering student aims to be an officer and a graduate