They crowd onto the roofs of trains and buses. They cross miles of open desert in the blistering sun. They face robbery, rape and violence.

It’s a dangerous and traumatic journey for many unaccompanied children and adolescents heading north from Central America toward countries like Mexico and the United States. But it’s a risk they are willing to take to escape one of the world’s deadliest regions.

“We need to share these stories of girls who have been raped by gangs or boys who are being threatened and beaten up, the poverty they have lived in and the trauma they have been through,” said Erica Nellessen, a master’s student at the USC School of Social Work.

Nellessen and fellow MSW student Jessica Booker explored the recent surge in migration of unaccompanied children from Central America as part of a course on global social work. They recently presented their findings during the 8th International Conference on Social Work in Health and Mental Health, held in Singapore.

In recent years, the number of refugees fleeing from a particular area of Central America known as the Northern Triangle — specifically El Salvador, Guatemala and Honduras — has skyrocketed. These three countries are among the most dangerous in the world in terms of homicide rates.

“Gangs have gained control of a lot of territory in those countries,” Booker said. “A lot of risks these children face is related to violence and chaos involving these gangs.”

Other issues include a general lack of educational and employment opportunities, domestic violence, child abuse and poverty.

“These children simply can’t live in peace where they are,” Nellessen said. “Of course they risk everything because they don’t really have much to lose.” 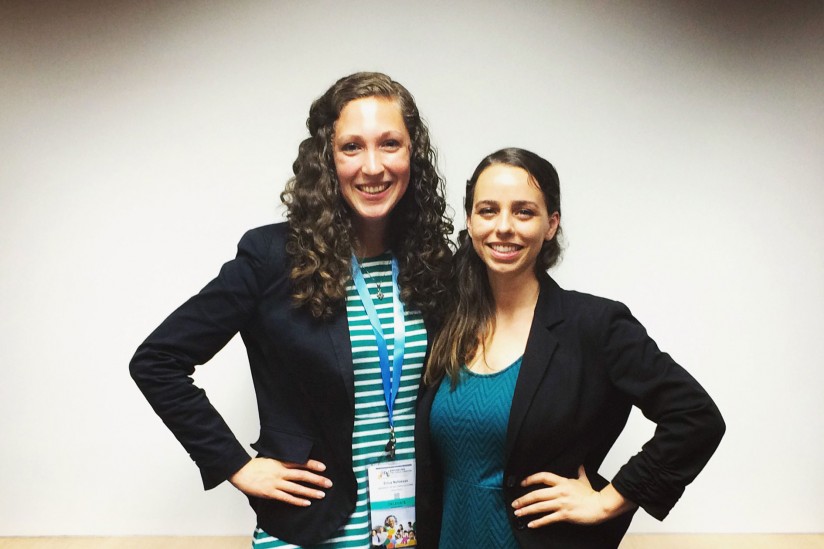 Approximately 55,000 gang members operate in the Northern Triangle, according to a 2014 report by the Congressional Research Service, which also noted that deportations of individuals back to that region and heavy-handed enforcement efforts may be worsening the gang problem.

In a 2015 report, the United Nations High Commissioner for Refugees indicated the number of asylum seekers from the Northern Triangle arriving in the United States since 2008 has quintupled. The same report noted a 13-fold increase in the number of requests for asylum in other Central America countries and Mexico.

For unaccompanied children and adolescents, the journey north is particularly treacherous. They often have little food or water. Many are caught and deported to their country of origin. Others are robbed, raped or attacked, sometimes by the smugglers hired to shepherd them across the border.

“They are five times more likely than their accompanied peers to experience post-traumatic stress disorder, anxiety and depression,” Nellessen said.

Children who manage to complete the trek often struggle with ongoing issues in the United States, including difficulty with the language barrier, problems securing documentation and pursuing asylum and general challenges related to the acculturation process.

Many of these adolescents find themselves relegated to low-income neighborhoods, lagging behind in a markedly different school system and struggling to make friends with peers who don’t share a common language.

In addition to outlining the extent of the problem, Booker and Nellessen offered recommendations regarding how the social work profession can respond to this crisis in terms of both practice and research.

As social workers, our role as advocates to impact policy is a key piece in this puzzle.

“As social workers, our role as advocates to impact policy is a key piece in this puzzle,” Booker said.

The duo focused on three main areas in need of improvement: trauma-informed care, a holistic approach to services and increased collaboration.

Booker and Nellessen called on social workers and other helping professionals working with unaccompanied minors to seek training in understanding the effects of trauma, building trust with clients, focusing on stress reduction and helping create a community that offers healthy relationships to the children. These professionals also need to go beyond providing clinical treatment to embrace a case management approach that addresses issues involving education, housing, health care and legal services.

These children often attend immigration court in their quest for asylum, but they are not entitled to an attorney. Finding a qualified and inexpensive immigration attorney is difficult, and many unaccompanied minors face judges on their own. Nellessen said the odds of remaining in the United States increase from 10 percent to nearly 50 percent with a competent legal representative.

Booker is particularly intrigued by the legal aspects of this crisis. In collaboration with the USC Gould School of Law, she is working in an immigration clinic, where she offers case management services to unaccompanied children, and plans to intern at a law firm this fall.

That type of cross-disciplinary interaction is an example of the collaborative approach to addressing this crisis recommended by Booker and Nellessen. Advocacy at all levels of government is also critical.

Despite evidence that 60 percent of these unaccompanied children should be granted refugee status given the violence and chaos in their home countries, Booker said the U.S. government is often reluctant to grant that status.

“Part of our work and research is to bring a loudspeaker to this issue and really hold our government and country accountable,” she said.

[These kids] just want to go to school, learn English and become a productive member of society.

“A lot of politicians throw out statistics, some of which aren’t even true,” Nellessen added. “These kids don’t really understand much about U.S. politics. They just want to go to school, learn English and become a productive member of society.”

She speaks from personal experience, having spent three years as a social worker at a shelter in Chicago that receives unaccompanied children from Central America. She also traveled to Latin America during high school and spent time in Peru during college.

“These experiences only confirmed my desire to continue working with Latino immigrant children, youth and families in the United States,” she said.

Although both students plan to pursue careers as social work practitioners after graduating next year, they expressed gratitude to Murali Nair, a clinical professor at the USC School of Social Work, for encouraging them to submit their work to the international conference and giving them their first taste of the academic research world. They haven’t ruled out a return to the classroom at some point to earn a doctorate.

Promoting research involvement is a goal Nair pursues in the classroom and during outside meetings with students, such as planned lunches to discuss study ideas.

“We underestimate the potential of our graduate students,” he said. “They can be innovative, critical thinkers. We need to enrich their five senses by helping them do research, not just reading and listening.”

In the first of a three-part series, Laurie Brand, Robert English and Steven Lamy of international relations look at the underlying reasons driving Europe’s contrasting reactions to refugees.

Once impoverished and afraid for her safety as a young child, former Guatemalan refugee Jackie Lucero is four short years from a new life as a dental professional.

Michigan resident develops program to address the effects of life with polluted water.