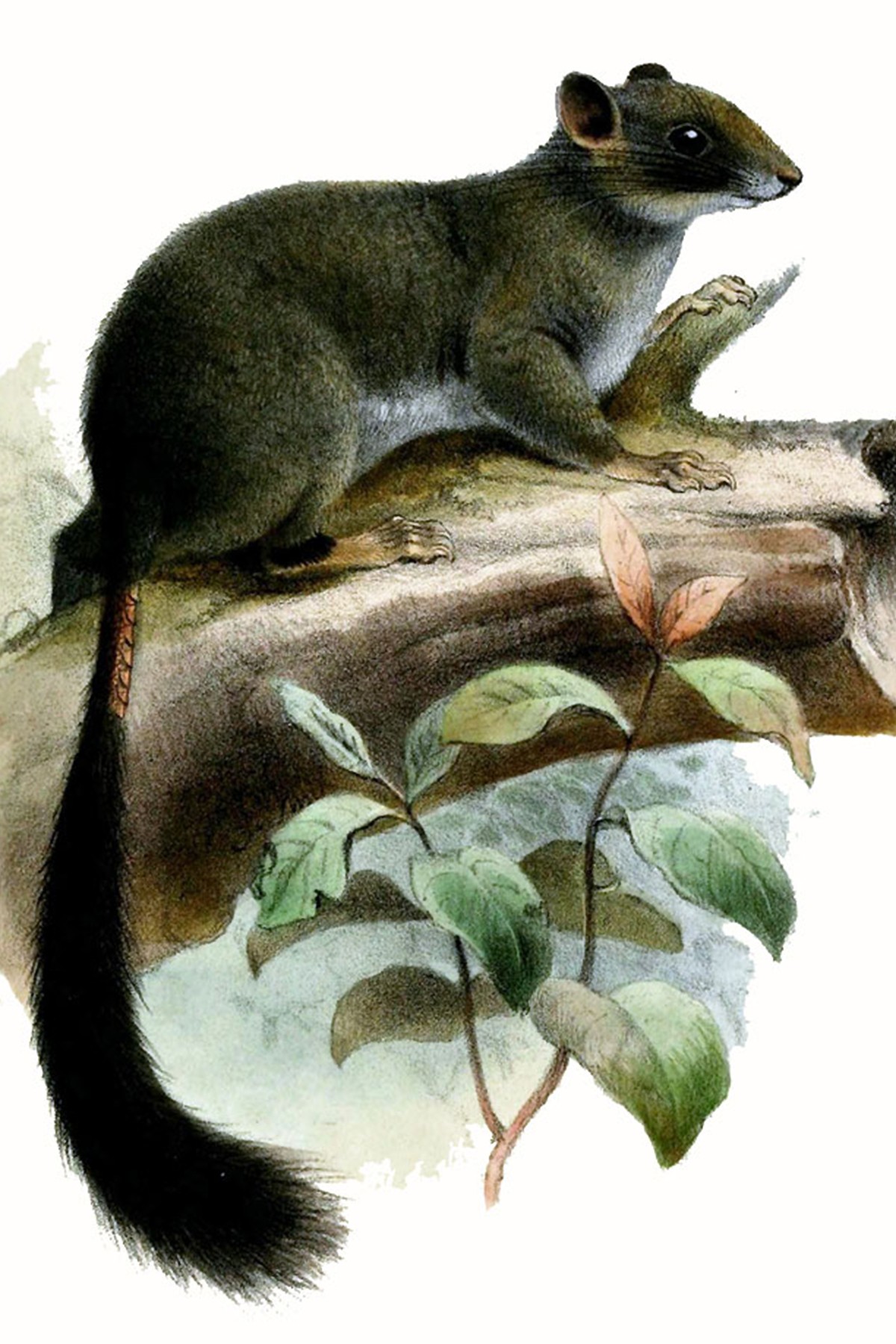 Researchers are on a real-life search for what one calls “the ultimate Pokémon”: Zenkerella, an elusive scaly tailed squirrel that has never been spotted alive by scientists. However, biologists recently found three newly dead specimens that hint at how the “living fossil” has evolved over the past 49 million years.

Zenkerella insignis, a mysterious rodent from central Africa, is among the least studied of all living mammals, said Erik Seiffert, study senior author and a professor of clinical cell and neurobiology at the Keck School of Medicine of USC. The last time scientists heard about Zenkerella in the wild was two decades ago. Notably, only 11 Zenkerella specimens are curated in museums around the world. The three new rodents bring the count to 14.

“Zenkerella could be seen as the ultimate Pokémon that scientists have still not been able to find or catch alive,” Seiffert said. “After all, it probably only shows up in the middle of the night, deep in the jungles of central Africa, and might spend most of its time way up in tall trees where it would be particularly hard to see.”

Three found near Ureca village near the southern tip of Bioko Island in Equatorial Guinea.

Using the three whole-body specimens, scientists sampled Zenkerella’s DNA for the first time. The study, published in the journal PeerJ on Aug. 16, details how researchers analyzed Zenkerella’s genes using cells from cheek swabs. Then they compared the scaly-tailed squirrels’ DNA with a large sample of other rodents in an online database called GenBank, which includes all rodent suborders and families.

Based on DNA results, the researchers determined that, contrary to expectation, Zenkerella is a very distant cousin of two scaly-tailed squirrels with webbing between their legs and elbows that allows them to glide from tree to tree. Thus, Zenkerella, who cannot glide, should be placed in the newly named Zenkerellidae family, researchers said. All three cousins are part of the superfamily of Anomaluroidea, partially because they all have a set of scales on the bottom of their tails that reportedly provide support and traction for tree climbing.

The study adds to a growing body of evidence: Extreme anatomical adaptations that evolved and enabled some mammals to perform tasks such as gliding, flying or swimming are unlikely to be lost or reversed over the course of evolution.

One of only a few ancient ‘living fossils’

Of the about 5,400 mammal species alive today, only Zenkerella insignis and five others are the “sole surviving members of ancient lineages” dating all the way back to the early part of the Eocene epoch, 49 million years ago or more, Seiffert said. Within this select group, only Zenkerella, the monito del monte (Dromiciops gliroides) and the pen-tailed tree shrew (Ptilocercus lowii) have been given the medal “living fossil.” They closely resemble what is observed in their species’ fossil record. In other words, although they have evolved over time, the changes were minimal.

“It’s an amazing story of survival,” Seiffert said. “In strong contrast to Zenkerella, all of these five other ‘sole survivor’ mammal species have been fairly well studied by scientists. We are only just starting to work on basic descriptions of Zenkerella’s anatomy.

It’s fun to think that there might be other elusive mammalian species out there, deep in the rainforests of central Africa that will be new to science.

“It’s fun to think that there might be other elusive mammalian species out there, deep in the rainforests of central Africa that will be new to science.”

Hunters caught the three Zenkerella specimens in ground snares near the southern tip of Bioko Island off the west coast of Africa. Villagers there said they catch Zenkerella in forest floor traps once or twice a year, but the meat is not desirable. Eyewitnesses said the rodent is nocturnally active and sleeps in tree hollows.

Scientists still know almost nothing about the unique rodent’s way of life: how it moves, whether it spends most of its time in the trees or on the ground, or what it eats. Future studies will detail Zenkerella’s anatomy, behavior, diet, ecology and locomotion on Bioko Island.

The lack of knowledge about Zenkerella’s life history and ecology has led the International Union for Conservation of Nature to categorize the species as “least concern” because it is thought to be distributed over a broad geographical region in central Africa, said Drew Cronin, study co-author and postdoctoral researcher with the Bioko Biodiversity Protection Program at Drexel University.

“This rating belies the fact that threats such as habitat loss and degradation are intense and widespread in central Africa,” Cronin said. “Zenkerella may be under greater threat. The more information and visibility for the species that we can generate, the more likely we are to facilitate the research and conservation attention a unique species like Zenkerella requires.”

Steven Heritage from Stony Brook University, David Fernández from the University of the West of England-Bristol, Hesham Sallam from Duke and Mansoura universities, and Jose Manuel Esara Echube from the National University of Equatorial Guinea also contributed to this research, which was supported by the U.S. National Science Foundation (BCS-1231288), the Research Foundation of SUNY, the Turkana Basin Institute and the ExxonMobil Foundation.

New findings add a layer of understanding to the evolution of birds from dinosaurs, thanks to a study by USC and the Natural History Museum of Los Angeles County.

Newly discovered fossil is the oldest of its kind

The sea urchin fossil found by a USC team had been buried in a rock formation that dates back nearly 270 million years.

On the prowl for an elusive rodent called ‘the ultimate Pokémon’