If the first job you were offered as a recent graduate of the No. 1 game design program in North America was an April Fools’ joke, would you turn up your nose?

What if the prankster was Google and the joke eventually became a multibillion-dollar global obsession?

As it turns out, Khaled Rahman MS ’14, who graduated from the Department of Computer Science at the USC Viterbi School of Engineering, was handed this very opportunity upon graduation. He would manage production of Pokémon Go in its early stages and co-write the original game document, describing the game’s look and features.

It’s a go at Google 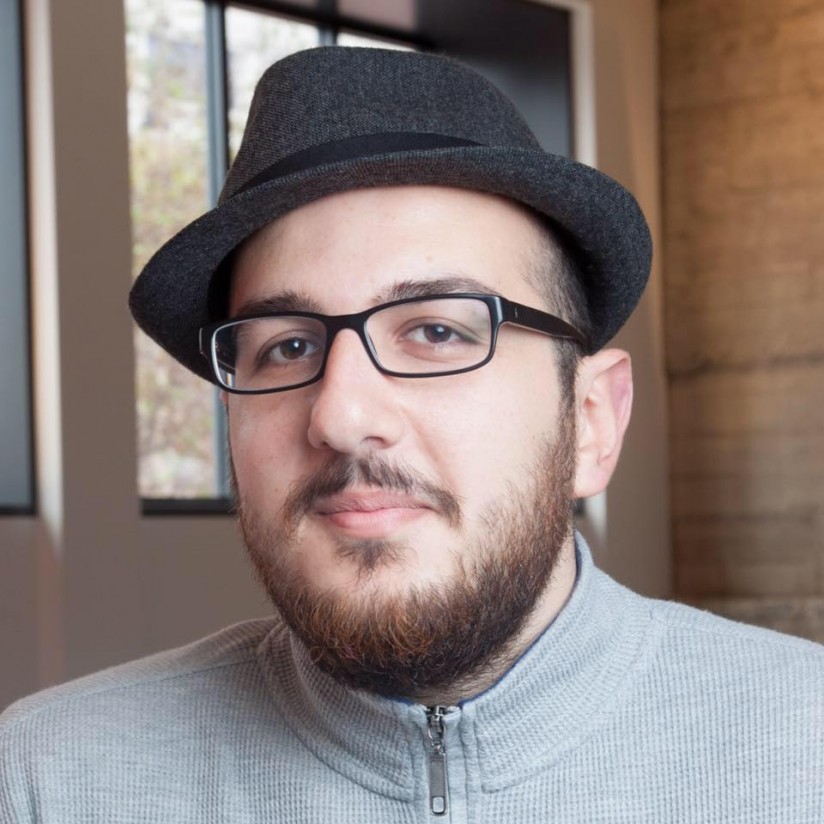 Rahman joined Google in June 2014 after presenting Bloom, a game he directed during his time at USC, to none other than the brains behind Pokémon Go — John Hanke, founder of the startup Niantic Inc., which was created at Google and spun out of the company last year.

It was Hanke’s insatiable curiosity with the world around him and Niantic’s deep knowledge of maps, along with its mantra “adventures on foot with others,” that made up the hybrid DNA of Pokémon Go.

“It couldn’t have happened anywhere but at Niantic,” Rahman said.

The Internet giant planted the seed on April Fools’ Day in 2014. On that day, Google created a “game” that had users search Google Maps for Pokémon in the style of Where in the World Is Carmen Sandiego? The little pocket monsters popped up as icons on the classic map screen, the same way restaurants and theaters do.

“You couldn’t actually interact with the characters,” Rahman explained. “To catch one, you’d just tap on it, the same way you drop a pin on a coffee shop.”

The gameplay was also accompanied by a video showcasing backpacking adventurers hunting Pokémon in the wild using Google Maps. Its goal, the company said, was to hire the world’s best “Pokémon Master” — because it valued technically savvy risk-takers who can “navigate through tall grass to capture wild creatures.”

Health was a top priority

Hanke fell in love with the idea and charged Rahman and the Niantic team to set out to turn Google’s Pokémon joke into a breakthrough for augmented reality (AR) — a growing field that involves layering digital images onto real-life settings.

More than this, they were to transplant the company’s principles of health and exploration into the Pokémon Go project.

Our message was: ‘Get off the couch, go explore the world, interact with your environment.’

“Health was totally a priority,” Rahman said. “AR appeals to very different markets than virtual reality and traditional gaming. There’s some intersection, but VR is pretty stationary. You either sit in a chair or stand. Our message was: ‘Get off the couch, go explore the world, interact with your environment.’ Games are a great motivator for that.”

As optimistic as Rahman was about the game during its initial phases, even he couldn’t fully imagine the intense magnitude and worldwide impact the game would have just weeks after its launch.

According to Venturebeat, Pokémon Go has generated approximately $35 million in revenue within its first two weeks. The game brings in approximately $2 million each day from iPhone users alone and has shot to the app world charts at No. 1. Meanwhile, Nintendo’s value has doubled to more than $42 billion, making it more valuable than rival Sony for the first time in two years.

But for Rahman, the real thrill is seeing the power of games affect people in a positive way:

“The stories pouring in are incredible,” Rahman said. “People who had difficulty walking outside or didn’t socialize are doing much more of that now with the help of location-based gaming.”

Rahman also credits his early career success to the “serious games” culture at the USC GamePipe Laboratory under director and mentor Mike Zyda.

“At USC, I was given the chance to lead my own project, Bloom, ramping the team up from just three people to 60 at one point,” Rahman said.

“Building Bloom taught me a lot about team management, game design, large-scale engineering — all of which are essential for product managers in the entertainment space. Some of the mistakes and successes we made building Bloom were excellent lessons that helped kickstart my career building large-scale projects more efficiently.”

This fall, Rahman will return to USC GamePipe Lab to give back. Apart from his ongoing work at Google, he will teach “Advanced Game Development,” a USC Viterbi School of Engineering graduate-level class that focuses on game development and production, taking students through all the steps needed to build a high-quality prototype.

The Pokémon Go craze: Sure, it’s taken over, but is it a friend or foe?

USC experts look at some of the challenges presented by the digital phenomenon, from the future of gaming to safety concerns.

What if surplus renewable energy could be stored as computation instead? That’s the thinking behind “information batteries,” a new system proposed by USC’s Barath Raghavan and a colleague.

Pokémon Go: The April Fools’ joke that turned into a global sensation