A Downey ball girl and USC alum has become an internet sensation after catching a foul ball going more than 100 mph during a Dodgers game against the Arizona Diamondbacks.

Dressed in her Dodger blue helmet at the late July game was Emily Gregorio, 25, who graduated with a master’s in communication management last year.

I didn’t expect it to go viral the way it did.

“I didn’t expect it to go viral the way it did,” said Gregorio, who was an outfielder for the women’s softball team at California State University, Long Beach while she was pursuing her undergraduate degree there. “When I caught it, I knew it potentially could have been a great catch.”

It was a great catch, catching the eyes of evening news shows, radio programs and sports websites. 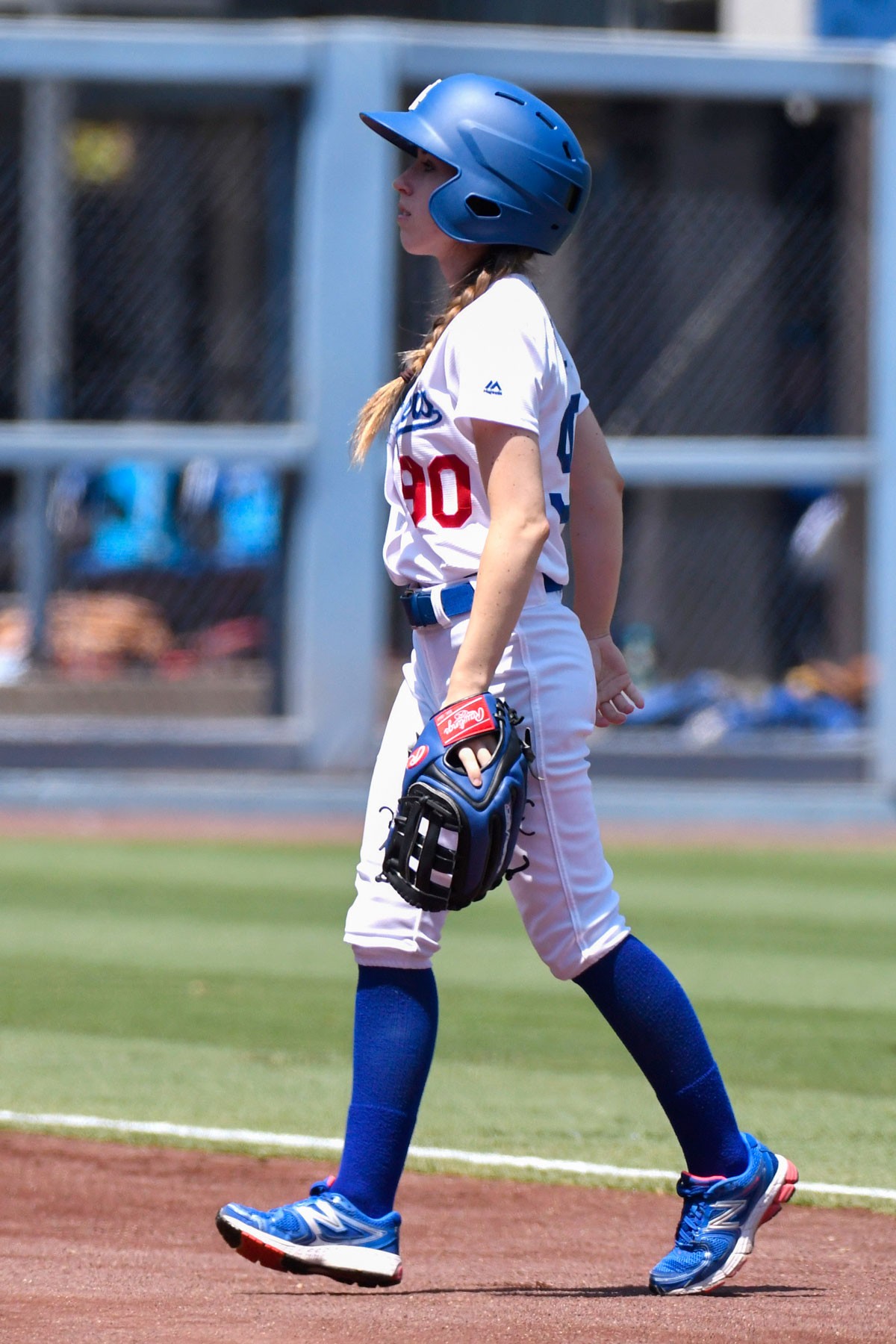 Emily Gregorio made a catch during a recent Dodgers game that caught the attention of many. (Photo/Jon SooHoo/©Los Angeles Dodgers)

Gregorio, who by day is a production secretary for the HBO comedy Veep and upcoming NBC comedy The Good Place, sometimes works 17-hour days so she can do the part-time job she loves. She’s one of five ball girls, who outnumber ball boys at Dodgers Stadium (there are two). They catch fouls and protect the fans.

“It’s not necessarily a job because I love it so much,” she said.

She said she’s glad ball girls are getting attention for their work on the field.

“I would hope eventually we can get to that point that if a ball boy would get that exact same catch … he would be treated with the same treatment and expectation,” she said.

Although she’s spread pretty thin with her side gig, she doesn’t rule out expanding her resume. What about helping out USC Athletics someday?

“I’m definitely not cutting off any possibilities in that regard,” she said. “I love television and I love film and movies. But sports have been a part of my life for so long and I love it.”

The Dodgers Foundation supports programs in sports, education, and health and wellness that benefit the children and families in the greater Los Angeles area.

Prepare to pay the price for online celebrity

Social media is providing platforms where nearly anyone can make his or her voice heard. The result is ample opportunity for each of us to reap the rewards — or consequences — of online identities.

USC School of Dramatic Arts students, alumni and faculty spent the day with a group of influencers, agents, actors and entrepreneurs and learn the secrets of mixing talent, digital skills and self-promotion.