The diverse and internationally renowned group of artists, thinkers and teachers complements USC Roski’s roster of outstanding existing faculty, and confirms the school’s commitment to continuing the highest quality of education for its students. The group hire also signals the school’s dedication to playing a key role in the broader Los Angeles, national and global art communities.

The scope and nature of the hire is part of an ongoing strategic mission to broaden the school’s offerings, including establishing USC Roski as a center for research and practice in lens-based and time-based arts and strengthening its commitment to public art practice, while maintaining excellence in traditional 2-D and 3-D media.

“Leveraging our enviable position in a major comprehensive university — the only major research university that boasts six independent art schools as well as schools of social work, [USC Price School of] Public Policy and the [USC Dornsife] College of Letters, Arts and Sciences — has been a strategic goal since 2013,” said USC Roski Dean Erica Muhl. “We are steadfast in preparing our students to thrive in a more complex art world.”

These highly accomplished artists represent the most exciting aspects of cross-disciplinary practice, traversing pure aesthetics and social activism. Vice Dean of Art Nao Bustamante said, “I can’t wait to collaborate with the incoming artists. As part of the USC Roski community, they will have an integral role in continuing to shape the vision of the school moving forward.” These hires will continue the school’s tradition of excellence, while breaking new ground in visual arts pedagogy, practice and research. 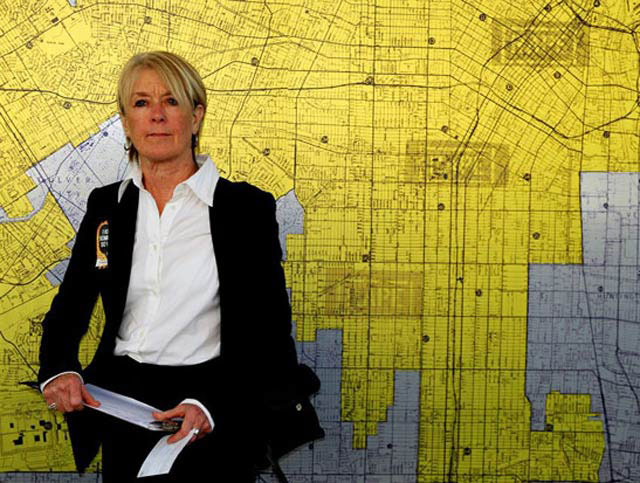 A member of the historic cohort of Judy Chicago’s Feminist Art Program at California State University, Fresno and later CalArts, where she studied with Allan Kaprow, Suzanne Lacy not only produces activist and community-driven art, but pioneered feminist art education and social practice programming at premier institutions throughout the state.

She was dean of fine art and director of the Center for Fine Art and Public Life at the California College of the Arts, chair of fine arts and creator of the MFA program in public practice at Otis College of Art and Design, and a founding faculty member at California State University, Monterey Bay.

Over the last 30 years, Lacy has published numerous pieces of critical commentary and lectured widely. Lacy’s work has been on display at the Tate Modern, the Museum of Contemporary Art in Los Angeles, the Whitney Museum and the Bilbao Museum in Spain. Lacy has been appointed to fellowships with the Guggenheim Foundation, the Henry Moore Foundation and the National Endowment for the Arts. 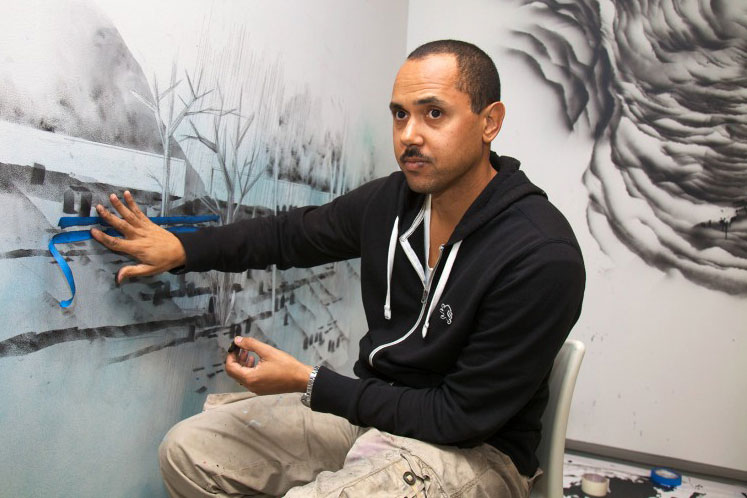 Los Angeles artist and filmmaker Edgar Arceneaux has made an impact in the art world for over a decade. His work links local, community-based interests with broader international dialogues in contemporary art.

Recently, Arceneaux was honored by Performa with the 2015 Malcolm McLaren award for his play Until, Until, Until… He has had solo exhibitions at: the Galerie Natalie Obadia in Paris; the MIT LIST Center for Contemporary Art; the Museum for Gegenwartskunst in Basel, Switzerland; the Hammer Museum; the San Francisco Museum of Modern Art; the Museum of Contemporary Art Detroit; Witte de With Museum in Rotterdam, the Netherlands; the Lentos Art Museum in Austria; and the Studio Museum in Harlem.

A former United States Artists Fellow, Arceneaux was co-founder and director of the Watts House Project for 13 years and has held teaching positions at CalArts as well as Otis College of Art and Design. 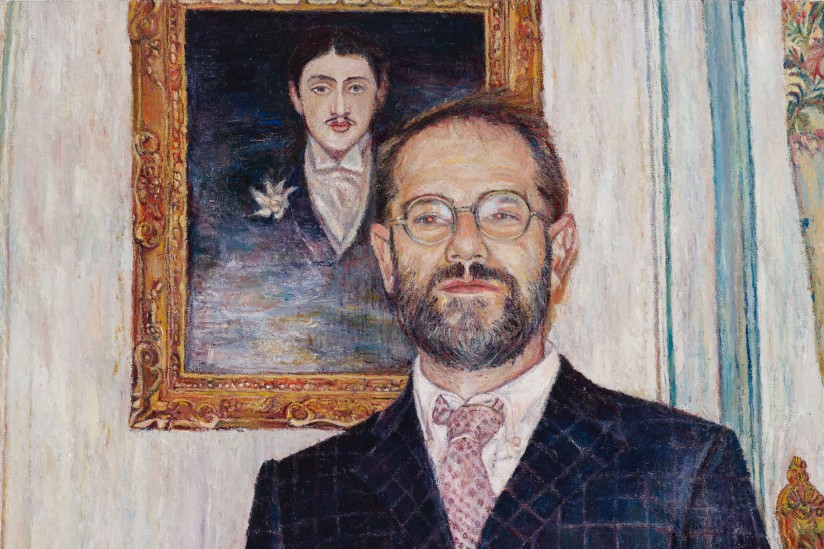 His tremendous output, much of which can be seen his 100-piece solo exhibition My American Dream has been displayed throughout the country. 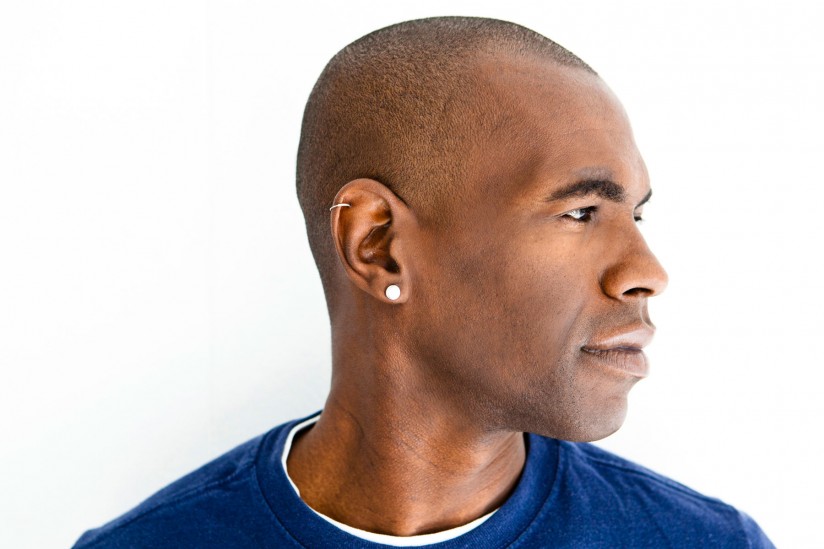 Kori Newkirk, visiting assistant professor of art, rose to prominence over 15 years ago with provocative multimedia paintings, sculptural installations, video and photographs. His work engages both the personal and political realities of being and resonates with underlying social implications that speak to issues of self, memory, identity and place.

Newkirk’s solo exhibitions include the MCA San Diego, MCA Cleveland, the Studio Museum in Harlem, the Art Gallery of Ontario, LAXART, the Fabric Museum and Workshop, Locust Projects and Deep River. Group exhibitions include the Whitney Biennial, the Dakar Biennial, the Serpentine, the MCA Chicago, the Hammer Museum, and the Museum of Contemporary Art in Los Angeles. He has been awarded grants and fellowships by FOCA, Art Matters, The Louis Comfort Tiffany Foundation, the California Community Foundation, The William H. Johnson Foundation and the Joan Mitchell Foundation.

Prior to coming to USC, Newkirk held a dual appointment at Otis College of Art and Design and the School of the Art Institute of Chicago. 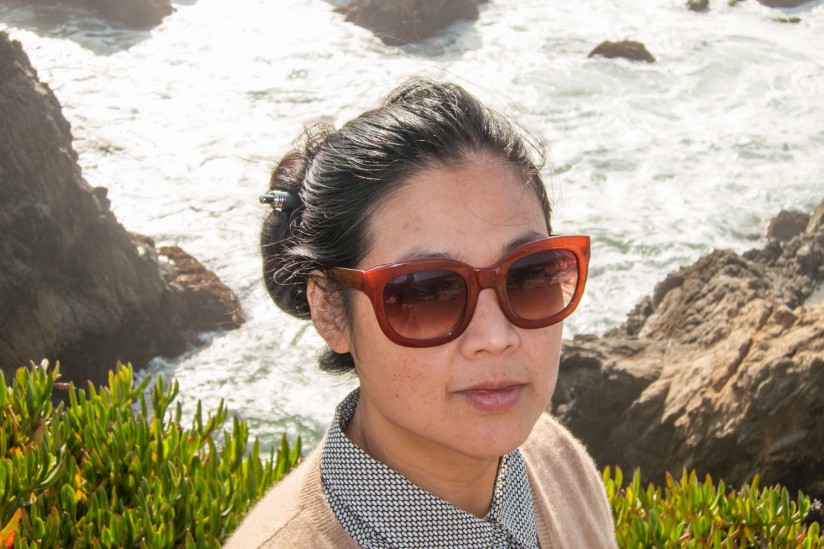 Patty Chang interdisciplinary artist working in performance, video and installation. Using her own body as a platform for artistic expression, Chang’s art is intensely physical, interacting with objects, posing and performing in ways designed to elicit commentary on gender, language and race.

Her work intentionally pushes boundaries, forcing audiences beyond comfort to contend with conceptual and political issues of the objectification of women and their representation in art history and popular culture.

In 2009 she was named the Guna S. Mundheim Fellow of Visual Arts at the American Academy in Berlin, and she is a 2014 recipient of a Guggenheim Fellowship. Her work will be featured in the Shanghai Biennial in fall 2016.

About USC Roski: The USC Roski School of Art and Design is a unique, supportive environment for creativity, experimentation and collaboration in the visual arts. The school encourages interdisciplinary approaches to studio art, design, curatorial practice and critical studies. With equal emphasis on making and thinking, the USC Roski School prepares artists, designers, curators and writers to contribute in new and meaningful ways both to their fields and to society at large.

More stories about: Faculty, Roski School of Art and Design