The other day, a customer told him she can’t sleep at night unless she puts out all the equipment to make her morning java the night before.

“Otherwise, I go to bed nervous and simply cannot sleep,” she told Chau.

Nearly eight out of 10 Americans are coffee drinkers, according to the National Coffee Association’s 2016 report. We’re getting pickier too, with an uptick in gourmet options like artisanal coffee, espresso and iced drinks.

And like anything that’s part of our daily ritual, we have burning questions — like, is coffee good for you or bad for you, or both? We checked in with USC experts about our caffeinated conundrum.

Is coffee bad for you?

Studies have shown quite the contrary: Drinking coffee can reduce the risk of liver and skin cancer. And recently, USC researchers also concluded it could reduce chances of developing colorectal cancer. “The more coffee consumed, the lower the risk,” said Stephen Gruber, director of the USC Norris Comprehensive Cancer Center.

On top of that, researchers from Harvard have found coffee protects against Parkinson’s disease, cardiovascular disease, type 2 diabetes, depression in women and even cuts suicide risk in half.

Can coffee stunt your growth? 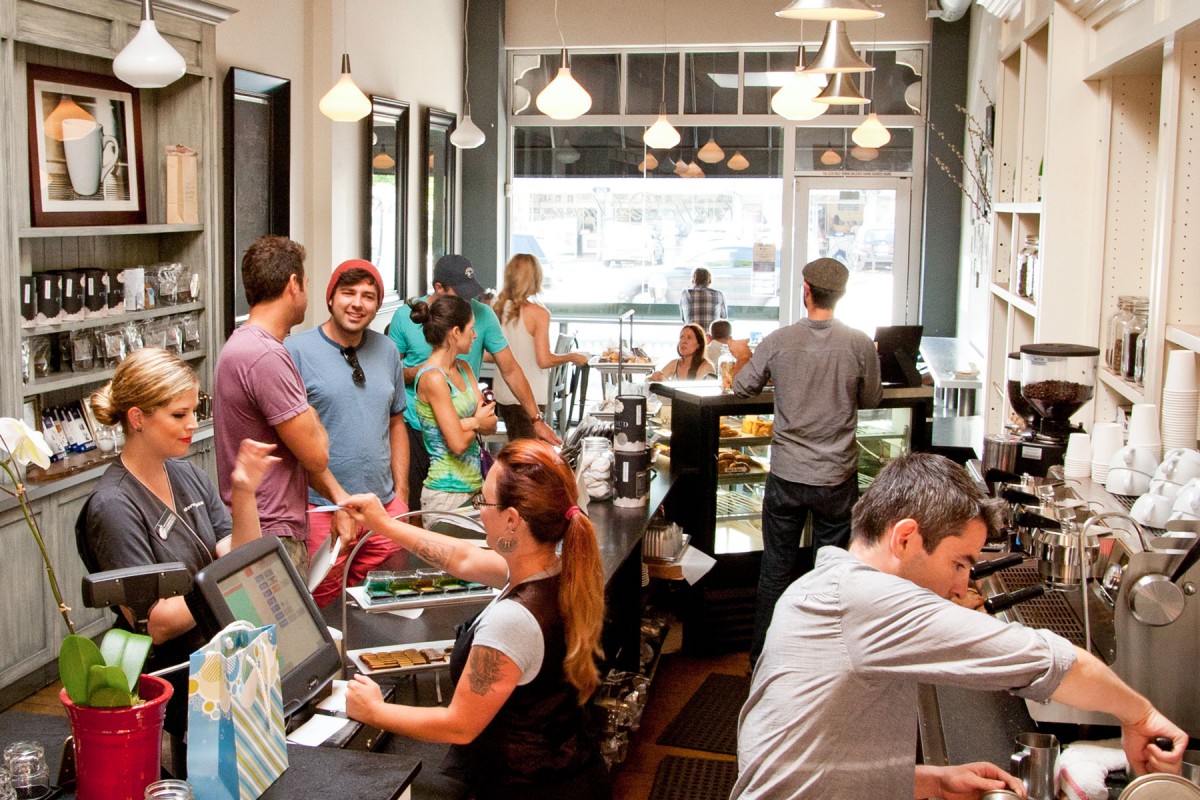 Options such as artisanal coffee, espresso and iced drinks are part of a daily ritual for many Americans. (Photo/Courtesy of Gary Chau)

“It does not — bottom line,” said Roger Clemens, a pediatric nutrition expert and adjunct professor at USC School of Pharmacy. The real issue, Clemens said, is allowing caffeinated beverages to take the place of nutritious food, especially during pivotal periods of growth and development. But, a cup of coffee here and there — “probably no harm, no foul,” he said.

Just like adults, children can react to caffeine differently, so paying attention to the amount and frequency are important. But if the child has a healthy diet, one could argue that an occasional cup of coffee may be considered a healthier alternative to some other beverages like soda.

And how did the myth of stunted growth come about? Clemens said expectant mothers have long been told to watch their coffee intake, because in some circumstances — fewer than 10 percent — babies can be born underweight due to issues metabolizing caffeine. It’s possible that advice circulated and morphed into child development tips. Whatever the case, adult coffee drinkers now know: If you’re 5-foot-5, you’re 5-foot-5 — and it’s not because of that Folgers with grandma.

Does it make you poop?

It sure can. Researchers say a few factors play a part in why coffee may have you running to the restroom. For one, caffeine is a stimulant. “That’s going to prime the body to get things going,” said William DePaolo, an associate professor at Keck School of Medicine of USC. Coffee’s acidity could spark the production of gastric acid, which signals the stomach to move things faster.

For the most part, however, DePaolo said, it’s largely personal. Some people may be ultra sensitive and run to the loo like clockwork, while others may not.

Can you overdose from coffee?

For the most part, no. “It would be really, really difficult to overdose on caffeine,” DePaolo said. “It would be a lot of coffee.” He said coffee metabolizes too quickly in the blood so a large amount — such as 75 to 100 cups — would have to be consumed to OD. Known overdoses usually combine energy drinks, pills or soda, he said.

Occasional drinkers may feel mild indicators of toxicity — your body telling you to slow down on the java — such as being jittery, nervous and having blurred vision and increased heart rate, he said. Moral of the story: Just watch your intake — and according to the federal government, three to five 8-oz. cups a day is A-OK.

Although some people get withdrawal symptoms from cutting coffee cold turkey, it’s not addictive – like, say, an opiate or alcohol, said Antoine Bechara, an addiction expert and psychology professor at the USC Dornsife College of Letters, Arts and Sciences. “There are similarities but these things — they get embellished,” he said. Coffee does cause an indirect increase in dopamine in the brain — the same way cocaine does, just milder. The key difference between coffee and a hard drug is that the latter requires a lapse in decision making — ignoring your conscience, a key criteria in diagnosing addiction. Coffee is accepted by society and its use doesn’t have significant fallout, compared to using a hard drug that could have physical, legal and financial ramifications, he said.

Is sipping on super-hot coffee bad for you?

Yes, it’s true: There is such thing as too-hot coffee. USC researchers found drinks including coffee, tea and yerba mate hotter than 149 degrees Fahrenheit could put drinkers at higher risk for cancer of the esophagus. For comparison, when McDonald’s was smacked with its infamous hot coffee lawsuit in 1994, the coffee it served around 180 degrees. Luckily, coffee in the U.S. is usually served around 140 degrees, perfect temp for the ol’ gullet.

Piping hot drinks may lead to cancer of the esophagus

But the WHO pulls back from earlier statements that coffee itself is “possibly carcinogenic.”

If scientists can suppress ghrelin’s activity in the brain, they may be able to cut down on the desire to overeat.

Once and for all: Is coffee good for you, or bad for you?