The USC Kaufman School of Dance’s second Bachelor of Fine Arts class has been selected, and school administrators are thrilled with the caliber of the incoming students.

The class of 18 has a nearly equal gender balance, something hoped for but rarely seen in dance programs. Ethnically and geographically, the class is also diverse: Several come from backgrounds traditionally underrepresented in higher education, and students in the class hail from 11 states, Canada and Mexico.

For photos and bios of all the incoming dance freshmen as well as the returning class, visit the USC Kaufman School website.

There are more dancers from Texas (five) than any other state. Three are from California, two are from North Carolina and the rest call Arizona, Colorado, Minnesota, New York, Oregon, South Carolina and Washington home.

Nine come from performing arts high schools, and four are the first in their families to attend a university.

They join the exceptional first class of 33 who are starting their sophomore year in August. Both classes will have the honor of inaugurating the more than 54,000-square-foot Glorya Kaufman International Dance Center building, which will be open for the start of fall classes in August and have its formal dedication Oct. 5.

“The incoming graduating class of 2020 is a phenomenal group of young artists and scholars,” said Jodie Gates, vice dean and director of USC Kaufman. “Their collective talent is off the charts and they will most certainly push boundaries and create the new movement for dance with their fellow USC Kaufman students and faculty.”

Their collective talent is off the charts.

“I want to be in a professional company, and USC Kaufman is a program where I will learn to become a more versatile dancer,” she said. “It has an incredible faculty and the program will challenge me and push me and prepare me for the real dance world.”

This summer, she will be dancing with pre-professional and professional dancers in Dallas in the Wanderlust Dance Project, a production headed by Dallas choreographer Addison Holmes that involves pieces from pointe to contemporary.

Sturtevant heard about USC Kaufman two years ago, when Gates visited her high school, the Booker T. Washington High School for the Performing and Visual Arts in Dallas. 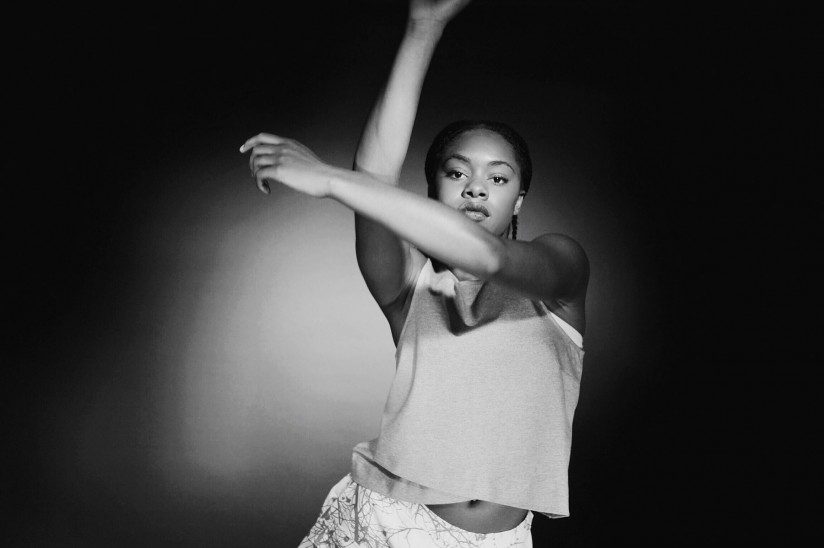 Incoming student Ausia Jones is spending her summer at Hubbard Street Dance Chicago’s intensive program and hopes to be a choreographer and have her company one day. (Photo/Clay Montgomery)

The legendary school, with well-known alumni such as Norah Jones and Erykah Badu, is the alma mater of another incoming USC Kaufman dancer, Ausia Jones.

Jones, from Dallas, who hopes to be a choreographer and have her own company some day, said she gets inspiration from her mentor Ebony Williams, a dancer with a diverse career as both a concert and commercial talent. “She is a real-life example of what is possible if I don’t allow myself to be defined by one talent or genre of dance,” Jones said. USC Kaufman will allow her to become that multi-dimensional artist, she said.

This summer, Jones will be at the Hubbard Street Dance Chicago’s intensive program. Hubbard Street has an ongoing collaboration with USC Kaufman, and will host the last part of its summer intensive at the new Kaufman building. 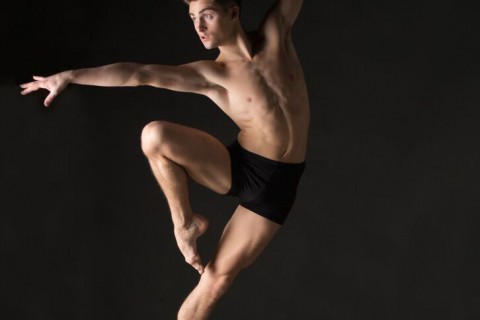 Jake Tribus will be choreographing in North Carolina, traveling to the New York City and Italy and working in Los Angeles this summer before starting at Kaufman in the fall. (Photo/Jennifer Robertson)

Jones said she hopes to minor in marketing at USC, so she can learn about the business of running a dance company.

Jake Tribus, of Wake Forest, N.C.,  said he plans to minor in business at the USC Marshall School of Business while at USC.

“It will be helpful if I decide to start my own dance company, dance clothing line or other dance-related business venture,” he said. Tribus has been training in dance since he was in seventh grade, including a year at Next Generation Ballet in Tampa, Fla.

He said he and his USC Kaufman classmates “are the start of a new beginning for contemporary dance … We are part of the ‘new movement,’ and are the innovators and engineers of new concepts and ideas.”

Tribus said he heard about the program from current students Alyssa Allen and Paulo Hernandez-Farella, who he met at a summer dance program in 2014.

He has trained primarily in contemporary dance and ballet, and said he is looking forward to studying hip-hop and more commercial dance forms. “USC Kaufman offers these dance opportunities that you don’t normally find in a university dance program,” he said.

USC Kaufman offers these dance opportunities that you don’t normally find in a university dance program.

Another benefit of coming to Los Angeles? Surfing. “I used to live in Hawaii when I was younger and would surf all the time,” he said.

This summer Tribus will be choreographing in North Carolina, traveling to the New York City Dance Alliance dance finals as last year’s senior male dancer titleholder, taking a family trip to Italy and then working on two dance shows in Los Angeles.

How do you create a dance building from scratch?

Dance students present choreography of their own design in addition to works by established artists.