In 1966, The Consortium for Graduate Study in Management was founded by Sterling Schoen, a professor of management at Washington University in St. Louis, to enable African-American men to attend business school and acquire the skills needed for success in American corporations.

That year, 21 African-American men were named as fellows and offered full-tuition scholarships to MBA programs at schools such as Indiana University-Bloomington and the University of Wisconsin-Madison.

“It was a time of great cultural and societal shifts, and the business school was far ahead of the curve when it came to issues of inclusivity and diversity,” said USC Marshall School of Business Dean James G. Ellis. “Dean Dockson had true visionary foresight.”

That vision still resonates today as The Consortium celebrates its 50th anniversary. And USC Marshall continues to recruit MBA students as one of 18 member schools, boasting more than 700 MBA Consortium alumni. 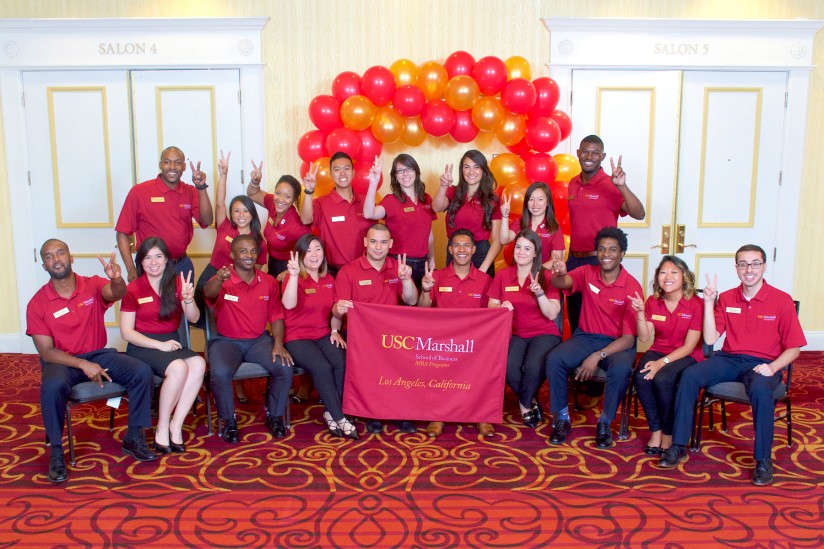 Although it started with only three schools and 21 students, The Consortium has grown into a nationwide organization with 8,500 alumni, 18 member schools and more than 80 corporate partners.

Last month the network celebrated its 50-year anniversary at the annual Orientation Program (known as “The OP”) in St. Louis, where it was announced that The Consortium had admitted 490 fellows for the 2016-17 school year — a record number. Fellows gain access to networking, mentoring and a coveted handful of full MBA scholarships to member schools.

All but one of the 19 incoming USC Marshall Consortium cohort were at the OP, along with senior USC Marshall MBA staff, including Kellee Scott ’97, senior associate director of MBA Admissions for USC Marshall and a Consortium board member who served as event emcee.

“The OP is a signature event for Consortium Fellows,” Scott said. “It goes well beyond seminars and lectures — it’s nonstop networking.”

It’s not unheard of for students to leave the OP with an internship offer before their first MBA class has even started.

Though originally intended for African-American men, The Consortium opened to include women, Hispanics and Native Americans in 1970. It now admits all students who embrace the mission of diversity and inclusion — provided they have the requisite GMAT scores and grade-point average.

“Diversity is not a minority problem,” said Peter Aranda ’85, The Consortium’s executive director and CEO. “We need everyone to participate if we are going to address the inequities that are going on today.”

Leaders from USC and the Los Angeles Police Department came together at their annual brunch to celebrate Martin Luther King Jr.

The eighth annual USC Latinx Student Empowerment Conference gave more than 100 students and alumni an opportunity to discuss their place within the university.