For many parents, the inexorable approach of puberty and those awkward teenage years sends a clear signal that it is time for “the talk.” The conversation in mind, however, has nothing to do with birds or bees.

The discussion centers instead on the dangers their tweens and teens face from a near ubiquitous source; one that they, having first encountered it as adults, are themselves struggling to navigate — the internet.

Aside from the more obvious sinister threats — bullying and cyberstalking among them — incautious travelers through the online world face the possibility of damaging their own real-world reputations through missteps in the digital realm. 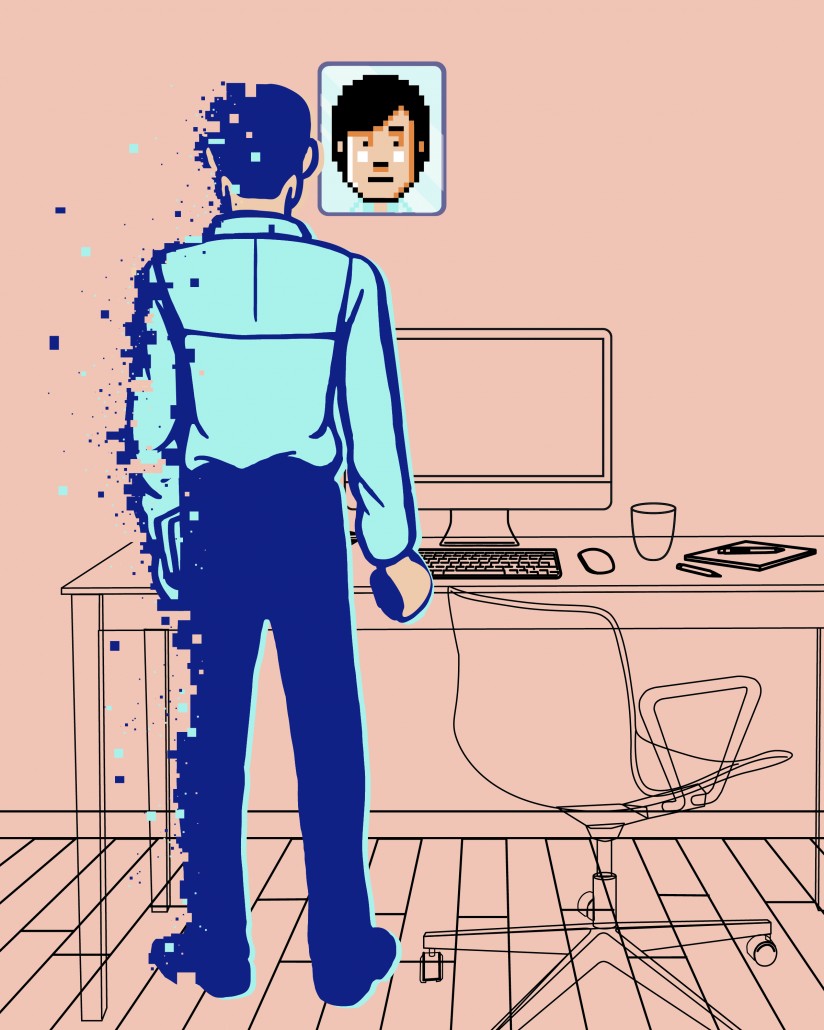 In 2011, a student attending a public university in California found out just how swiftly a mistake can escalate to character-crushing levels when she posted a racist rant admonishing Asian students for speaking on cellphones in the library. The short and extremely cringeworthy YouTube video quickly went viral, garnering extensive coverage through the news media as well. The student soon began receiving all manner of hostile messages, including threats against her life.

Despite removing the video from the web and apologizing, the third-year political science major soon left the university to escape the negative attention. She has remained (wisely, one might agree) absent from the internet and the public eye ever since.

While her motivations for posting the rant in the first place were never confirmed, it may be that she, like many of her peers, viewed YouTube as a platform for gaining some level of celebrity, even if only among her friends.

“There’s a whole layer of identity that people are encouraged to create online,” said Karen Sternheimer, associate professor (teaching) of sociology at the USC Dornsife College of Letters, Arts and Sciences.

Sternheimer’s research includes studies of the construction of celebrity culture and how celebrity has been manufactured from the early 20th century to the present. Her book Celebrity Culture and the American Dream: Stardom and Social Mobility (Routledge, 2011) considers how celebrity culture in the 20th and early 21st centuries reflects and reinforces notions of social mobility.

“I would guess that it’s not the majority of people who are really looking for fame,” she said. “I think there’s this instant gratification of posting something and being validated by others. ‘Oh, people are paying attention to what I have to say. People like my picture.’ ”

The student who created the so-called “Asians in the Library” video forgot or failed to realize that the World Wide Web is, by definition, available to a global audience, friendly or otherwise. If she was, in fact, aiming to fashion for herself an online celebrity identity, she would have done well to account for that extreme level of exposure.

“It reminds me of the work of a seminal sociologist, Erving Goffman, who talked about what he called — and this was in the middle of the 20th century, so he obviously was not talking about anything digital — but he talked about ‘frontstage behavior’ and ‘backstage behavior,’ ”  Sternheimer said.

Goffman, considered by many in the field as one of the most important sociologists of the 20th century, argued that all actions are intended to present and maintain certain impressions of one’s self. Humans are actors on a stage performing for an audience, he maintained, and the only time they can be themselves and get rid of their role or identity in society is “backstage,” where no audience is present.

With the advent of the internet, and social media in particular, backstage can more easily become frontstage rather suddenly — and possibly permanently — according to Sternheimer.

Your backstage behavior is no longer just a fleeting moment; it can live on forever.

“Your backstage behavior is no longer just a fleeting moment; it can live on forever,” she said.

At the same time, she added, it is possible that airing the more personal self may simply evolve to be the norm.

This evolution seems nearly inevitable as we become entwined with our digital personas.

Fear of the new is nothing new

So then, are parents, as they prep for “the talk,” justified in their fears about their children’s digital well-being? Sternheimer sees this as a new spin on an age-old question that, as is usually the case, will take time to answer.

“When we’ve had changes in communication technologies, and there have obviously been a lot in the last several decades, it produces anxiety and fear about what will become of young people today,” she said. “And then eventually this starts to diminish as people become accustomed to it. Seeing that something isn’t a threat takes a little while.”

Sternheimer suggests that perhaps it is the older generation whose identities feel threatened, but that is just an inexorable part of the march of time.

“I think there’s a sense of people feeling obsolete — a time we knew and thought we understood is gone. Things don’t operate in the same way they used to and in a way we felt comfortable with, and maybe we think things were simpler then.”

But as we all know, she added, “things were always simpler in the past — except they weren’t.”

The USC Dornsife graduate wants to improve the lives of Black Californians by tackling inequality, especially in criminal justice and housing.

Prepare to pay the price for online celebrity