The British people have spoken. After more than 40 years in the European Union, Britain voted today to leave for good in a referendum vote that stunned the entire world.

Likely consequences of this historic vote have been greeted by many experts and commentators as an unmitigated disaster, and commentators suggested darkly that the referendum result could signal the beginning not only of Britain’s disintegration as a unified force, but also of a significantly weakened EU.

Here, four USC Dornsife faculty members explore the underlying reasons motivating Britain’s desire to leave and what the consequences may be for Britain, as well as Europe. They also consider the arguments of those who have drawn parallels between Britain’s mood around Brexit and the current political climate in the U.S. in the run up to the presidential elections in November.

Professor of international relations and vice dean for academic programs 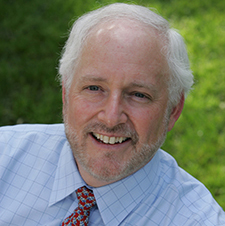 Lamy argues that Britain chose to leave the EU for reasons of sovereignty. He sees parallels between the Trump campaign’s stated aim of “Making America Great Again” and the nostalgia-driven British Leave campaign that desired a return to a time of greater British sovereignty and world influence.

“So, who won? British nationalists and unilateralists; those seeking a return to the greatness of the British Empire; anti-government forces and Scottish nationalists who will call for another referendum and exit the U.K. to join the E.U.

“Who lost? Those seeking to make the EU a powerful global actor in all policy areas and a reliable player in world affairs; those seeking to use the EU as a model for regional integration around the world; those who saw cooperation within the EU as the only way forward; and those who believe in a rule-based system.

“I think Brexit is a step backward for a European identity and it’s a hope for a renewed British identity.

“However, I think British citizens will be surprised that they don’t get a lot of control and sovereignty back from this decision because there are other forces at play. Globalization is pushing states and people within states to fragment, and Britain is in the fragmentation stage.

“Symbolically the EU was beginning to develop as a foreign policy actor and as a united community to deal with common problems like the refugee issue. Now Britain has effectively said, ‘That’s your problem, not ours.’ By opting to leave the EU, Britain has absolved itself of the obligation and responsibility of a great power in dealing with the refugees. As a result I think there were will be European distrust of Britain and a feeling that Britain is not doing its part.

“I am not panicked by this because we don’t yet know the impact. It is a great loss for the EU because it now has only two major powers anchoring its system. This will make it harder to really develop a common security and foreign policy. The economic side will be worked out as the EU has done with non-members like Norway. No one wants to lose money so Britain and the EU will figure out ways to maintain trading relations.

“Many people think the Brexit victory was driven by the fear of the refugees and the flood of foreign workers seeking jobs in the U.K. That is one factor, but I think the real issue is globalization, and the very nationalistic response reflects a frustration with any state’s ability to respond effectively to the processes of globalization that challenge its sovereignty — in other words, its control over, or ability to manage, the forces of globalization. The Brits blamed the EU but collectively the EU may be better prepared to manage globalization. Now U.K. citizens are without support and without certain policy controls such as labor and safety standards and environmental regulations.”

Carmen H. and Louis Warschaw Chair in Practical Politics
Professor of the practice of political science 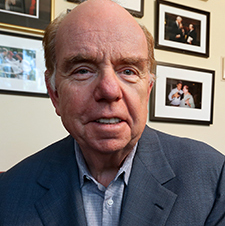 Shrum, consultant to the British Labour Party in the 1992, 2001 and 2005 elections, rejects comparisons between Brexit and the current U.S. political climate in the run up to the presidential elections in November.

“The meme of the moment suggests Brexit as a harbinger of things to come in our presidential election, an augury favorable to the prospects of Donald Trump. The analogy is inviting and perhaps inevitable, simple and easy — and it’s wrong.

“On both sides of the Atlantic, there is a rising resistance to globalization amplified by populist politics. But the parameters of choice in Britain in June differ profoundly from what Americans will decide in November.

“First, a referendum is a choice of policies, not political leaders. Across the range of survey research, Donald Trump is seen as broadly unacceptable and temperamentally unfit for the Oval Office. So far, he doesn’t pass basic threshold tests for the Presidency, including the Commander-in-Chief’s mortal responsibility for peace or war in the nuclear age.

“Second, Trump is trapped in a demographic cul-de-sac with record unfavorable ratings among Hispanics, other minorities, women and millennials. How can he talk himself out of it; how can he unsay the insults he’s already hurled? His dire standings among wide swathes of voters confound any glib comparison to what happened in Britain, where the electorate is approximately 88 percent non-Hispanic white versus 70 percent here. With an American-style electorate, Brexit would have lost.

“Third, British Prime Minister David Cameron, who improvidently promised the referendum, campaigned against it, and then resigned, did nothing in the past six years to help people hurt by globalization. Instead, his austerity economics, imposed in 2010, inflicted even more pain on distressed regions and disemployed workers. In contrast, Hillary Clinton has offered and will push policies that respond to the needs and anxieties of pressured middle class and blue-collar families.

“Finally, with a few exceptions like former Prime Minister Gordon Brown, who made an eloquent, positive case for staying in Europe, the Remain forces ran a dismal campaign. Clinton won’t.

“So for me, the Brexit/Trump meme doesn’t hold. And if you listen to ordinary Brits interviewed on the BBC in the harsh light of the day after, you can argue that if the referendum were re-run, the outcome would be reversed.” 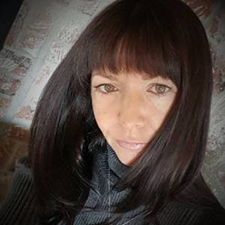 “The dramatic ‘leave’ result of Britain’s referendum on EU membership wrought havoc and panic today in international financial markets, primarily because it was ‘news’; polls, pundits, betting, and financial markets had all underestimated the probability of its occurrence.

“The pound sterling’s more than 8 percent decline in value against the U.S. dollar and other major currencies, to levels not seen since 1985, is the largest single-day percentage decline in living memory as traders bet against a strong future value. This cheapens and may buoy British exports and help support her macro-economy demand — a possibility that contributed to a small sell-off in British stocks relative to other countries’ markets today. However, to the extent that the pound’s depreciation results in more expensive imports, Britons can also expect higher consumer prices and an increased cost of living.

“Central banks across the globe were forced to provide additional liquidity to the financial sector, as asset sell-offs in the U.S. and other major markets resulted in the loss of an estimated two trillion U.S. dollars’ of stock values worldwide. A decline in financial wealth of this magnitude, if sustained, has the potential to reduce consumer spending and generate economic recession.

“The good news is that it is unclear in any period of financial panic and volatility that a sharp decline in financial wealth will persist. However, the uncertainty confronting financial markets about British economic fundamentals, and those of her trade partners — including the EU itself — is unprecedented. It is unclear that anyone knows even what the set of options, let alone outcome, is for Britain’s inevitably re-negotiated European and global trade relations and, hence, for her economy. Consequently, volatility in financial markets is likely to persist and investment is likely to be depressed — especially in Britain — until the uncertainty is resolved.” 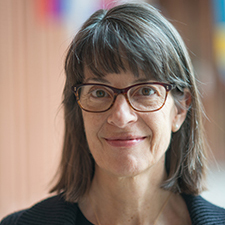 Crigler considers the emotions driving the Brexit vote and draws parallels with those elevating the campaign of Republican presidential candidate Donald Trump in the U.S.

“I think one of the things that is really important about the Brexit vote that Trump really picked up on is the appeal to emotions of fear and the threat of potential outside groups that have been driving a lot of populist movements in Western democracies around the world, especially in Europe and now in the U.S. Trump was jubilant at the thought of the Brexit vote, saying, ‘Fantastic,’ in his tweets. It seems to play to his feelings of populist appeal based on fear of the other here in the United States, which he thinks were very similar to the appeals made by the UK Independence Party for the Brexit vote. So we can see that the emotions are quite rampant in both cases.

“Nostalgia is also a factor when people are longing for a time in which their own status and position in the world could be renewed. That can get translated in many different contexts in different countries and is part of what Trump is trying to appeal to here in the United States. There is fear, but it’s also anger and a feeling of threat from a changing world order and set of circumstances that undermine your own status in the world and your own sense of what is fair and what should be happening. That is one of the reasons why many European countries are now looking at themselves and saying, ‘What is going to happen in our own countries?’ because the seeds of this exist in many of the European states with parties on the right and the left trying to play a different kind of change message. It’s the same for Sanders here. It’s a populist appeal based on a charged emotional message: Can we get to the place that we want to be, and sometimes, in more conservative cases, can we get back to where we were that we thought was so good?”

The ‘Brexit’: USC experts share what you need to know about the referendum

Voters in the U.K. will decide June 23 whether the country should remain part of the European Union.

What ‘Brexit’ and Trump rhetoric have in common

USC experts point to an international wave of nationalist and populist sentiment amid ever-increasing globalization.

Andrea Sironi of Milan’s Bocconi University made his first visit to the USC Marshall School of Business to meet with fellow World Bachelor in Business representatives and students.

Britain elects to leave the European experiment—now what?