USC School of Architecture Professor Kelly Shannon is part of a team awarded first place in a competition to remake the five-acre park Pershing Square in the center of downtown Los Angeles.

Shannon worked for a team under the umbrella of French landscape architecture firm Agence Ter and the Los Angeles firm SALT Landscape Architects.

Los Angeles Times architecture critic Christopher Hawthorne has called the winning proposal “elegantly simple” and an outright apology for what he refers to as “the visual clutter of present-day Pershing Square, which remains a conspicuous dead space in an otherwise revived and money-soaked downtown.”

The proposal, which the team describes as “radical flatness,” introduces new swaths of grass and shaded areas, including a sweeping, block-long sun shade that runs the length of park along the Hill Street side. The Agence Ter team beat out three finalists with its strategy for re-greening and re-integrating one of L.A.’s oldest parks, bringing it back into the public realm and closer to how it used to be before all the trees were ripped out and replaced with concrete. 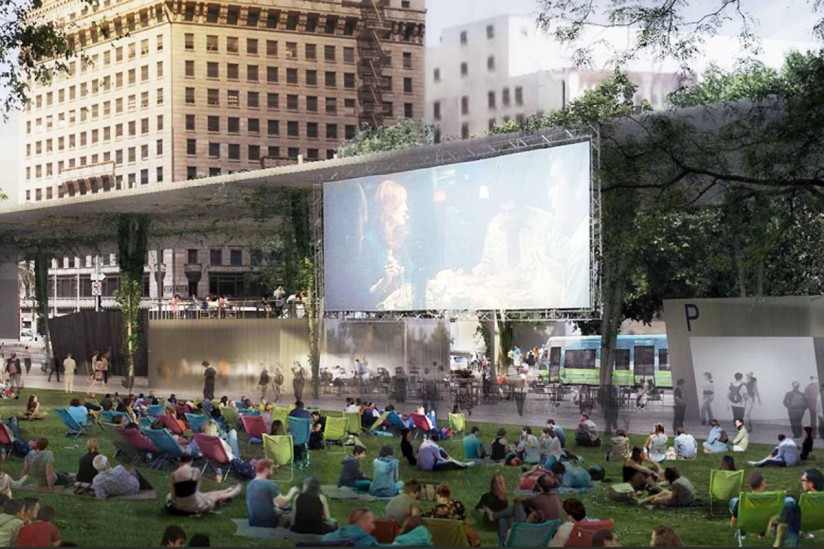 “There is a directness to the team’s proposal — even a minimalism — that clearly appealed to the nine-member competition jury,” Hawthorne wrote.

If all goes well with a combination of public and private funding for the facelift, a new park could be finished in 2019.

What the Notre Dame Cathedral fire means to Paris, Catholics and more

USC experts in architecture, engineering and other disciplines turn our passive surroundings into responsive structures that promote productivity and well-being.

The USC School of Architecture alumnus was a driving force in the development of Los Angeles.

The visionary Trojan designed many Southern California landmarks and left an indelible mark on the region’s landscape.