On July 20, 1969, from behind the Iron Curtain in communist Romania, 10-year-old Bogdan Marcu PhD ’96 watched Neil Armstrong MS ’70, take the first step on the moon. That moment unleashed a space dream and a chain of events that included a gutsy escape plan, a revolution, a USC graduate application to the Department of Aerospace and Mechanical Engineering funded by selling cotton socks on the streets of Budapest, a miners’ revolt and saving the life of a total stranger who would forever seal his fate.

Marcu tells his story in the latest episode of the USC Viterbi podcast “Escape Velocity.”

As a rocket scientist, Marcu has worked on some of the most prominent projects in space exploration. From Pratt and Whitney Rocketdyne, where he developed one last design for NASA’s Space Shuttle hydrogen flowmeter turbines, to SpaceX, where he led the design of the Merlin 1D turbine engines that power the Falcon 9 1.1 rocket currently used to launch satellites and the Dragon capsule that supplies the International Space Station (ISS). 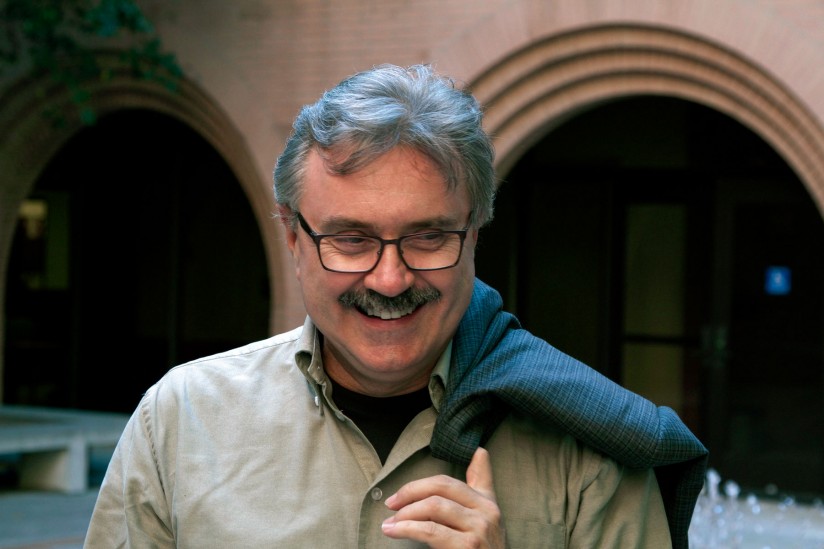 Bogdan Marcu’s storied life, from escaping a revolution and becoming a rocket scientist, is the subject of the Escape Velocity podcast. (Photo/Daniel Druhora).

At SpaceX, Marcu also designed the first development version of the Raptor’s engine turbines to be used in future missions to Mars. This year he returned to Rocketdyne — now part of the Aerojet Corp. — and is working on the development of AR-1 engines that will eliminate the American Atlas V’s rocket dependence on the Russian RD-180 engines.

Produced by USC Viterbi, “Escape Velocity” explores the intersection of engineering and everyday life – the extraordinary with the mundane and often the mundane with the impossible. From the premise of Engineering +, the idea that engineering is one of the few disciplines that “escapes” its confines and crosses into virtually every area of our modern lives. Our goal is to shed light on that “escape”. Are computers changing human character? Can we download our dreams? Can people really live in space? Can a computer write Shakespeare? These and a multitude of other questions – entertaining, strange, topical and complex – are just a few of the topics the podcast touches upon.

This is the second year in a row that a Trojan has received the top award in engineering education.

Gridlock warrior Ketan Savla is designing computational solutions to improve the flow of traffic in congested cities. Learn how his work soon could shorten your commute.