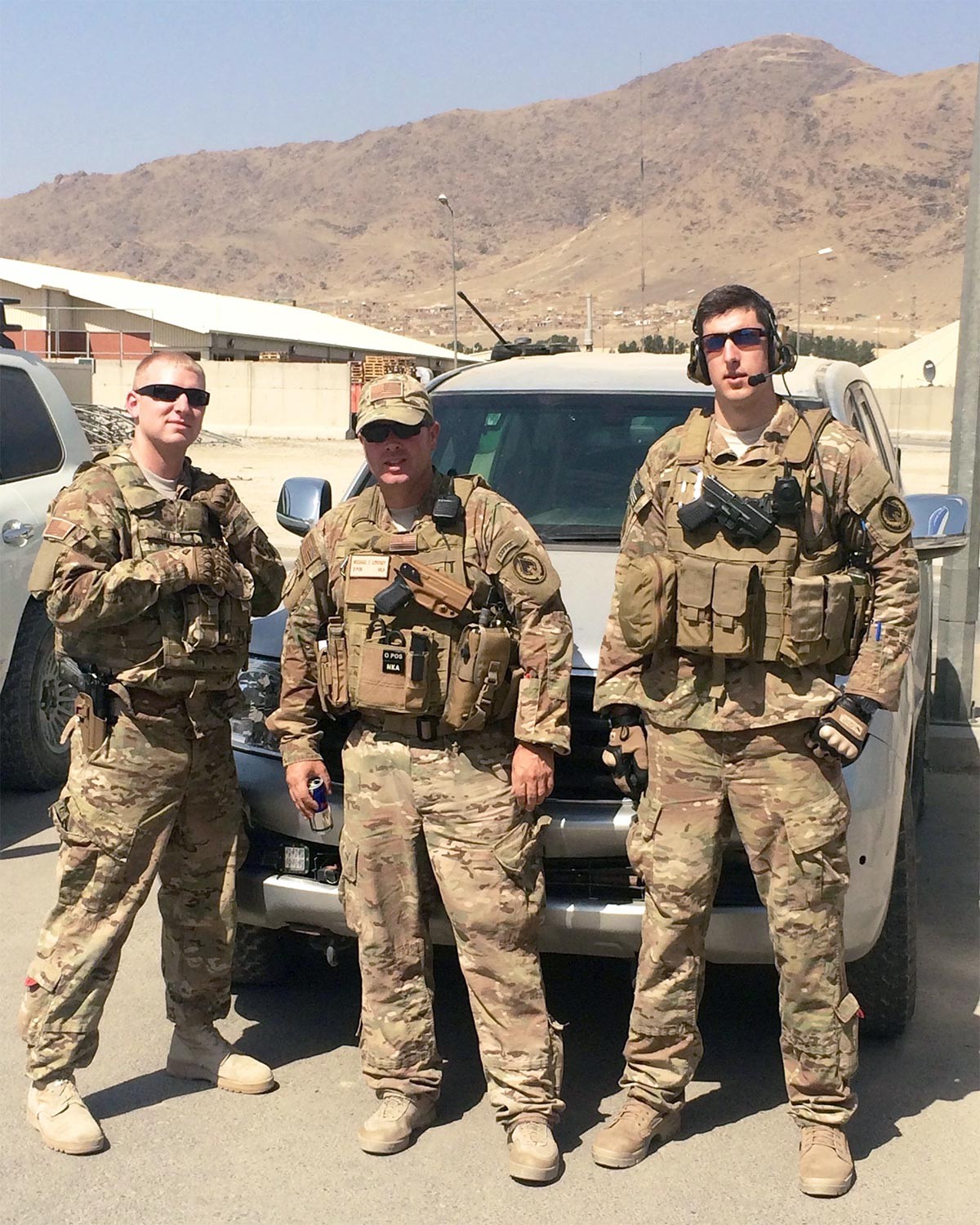 In the classrooms of Bridge Hall, Jeremy Todd looks like a typical USC Marshall School of Business student. But you can’t judge a book by its cover.

The story so far

Todd has been the protagonist in a number of adventures, including marriage and parenthood, 15 years in the U.S. Army and five combat deployments — plus a brush with death after a routine training accident. His latest chapter brings him to USC to earn a Master of Business for Veterans (MBV) degree and a Master of Science in Entrepreneurship and Innovation (MSEI) degree.

An Army Sergeant First Class, Todd demoted himself to cadet for his next tour of duty: two years as an ROTC student, as part of the exclusive Green to Gold program. The Green to Gold program provides opportunities for soldiers interested in pursuing advanced degrees while earning a commission as an Army officer. The program is elite, accepting only about 75 top-performing active duty service members from across the nation each year.

After three relocations in four years, Todd looked into the program as an option that would enable his family to experience some “normalcy.” It would also give him the chance for a more traditional college experience. He earned his undergraduate degree in health and wellness with 180 credit hours from four different universities, taking online courses between deployments.

Once accepted to USC, Todd didn’t waste time on going all in. With his wife Arlene’s blessing, he joined the Pi Kappa Phi fraternity, practices six days a week with the crew team at the Port of Los Angeles and immerses himself in campus life.

“When I graduate, I’ll commission in the summer of 2017 and become an officer,” Todd said. “I’ll be the oldest lieutenant in the army on that day.” His frat brothers affectionately call him “Grandpa.”

Todd was a military kid, whose father (Army) and grandfather (Air Force) both served more than 20 years in the military. “I’m not from anywhere,” he said. “I’ve moved around my entire life. I even have an adopted sister from Korea from when I lived there as a kid.

For the last six years of his career, Todd was Senior Religious Affairs Non-Commissioned Officer for all of Army Special Forces Command (Airborne), managing more than 60 people in 13 time zones. With his leadership experience, it made sense to pursue a degree in business.

“I attribute a lot of my success in the Army to my people skills,” he said. “I recognized talent in soldiers and said, let’s expose this and use this and pull it out of them. Some leaders may be threatened by people that outperform them, but I think that’s value added.”

An MBV class with Tommy Knapp, associate director of the Lloyd Greif Center for Entrepreneurial Studies and assistant professor of clinical entrepreneurship, helped him zero in on the MSEI for next year.

“I heard mind-blowing and humbling stories from the people he brought in to class,” Todd said. “It’s easy to hear a guy talk about starting a million-dollar company when his dad created a name brand, but then you hear that story of a blue-collar guy that comes from a family of factory workers and felt some drive to do something unique and did it.

“Tommy helped me understand my mindset and see different possibilities,” Todd added. “I see myself more as an entrepreneur every day in how I approach problems.”

He credits the MBV program in helping him adjust to the new challenges of academia. “My classmates are all military so we have that understanding and help each other,” he said. “We’re very big in our warrior ethos: No one left behind. We’re still competitive, but we’re big on helping everyone succeed. That’s the military mentality.”

Todd almost didn’t make it to USC. Two weeks after his physical for the Green to Gold program, he was severely injured. It wasn’t during a deployment in Iraq, Afghanistan or the Philippines, but during a routine proficiency jump out of a Blackhawk UH60 in Fort Bragg, NC.

He’d had hard landings many times, he said, so he didn’t think much of the pain, until it didn’t subside after weeks of rest.

“I couldn’t stand up straight,” he said. “That fall snapped two discs, and a shard of bone stuck in my sciatica. And when I went in for a blood test and more painkillers, they found I had an infection in my spine from an epidural. I was admitted to the ER and stayed in the hospital for three weeks.”

After a few procedures and surgery, he could stand up straight, but he couldn’t walk across the room. Over the course of three months in bed with excruciating pain, he lost a lot of weight and muscle.

“It was depressing because part of my job is to be in shape,” he said. “I couldn’t pour a glass of milk for myself.”

The doctors didn’t think he’d walk for several months, he said, but he walked out of the hospital after a month. “I have heartfelt empathy for anyone with an injury.” 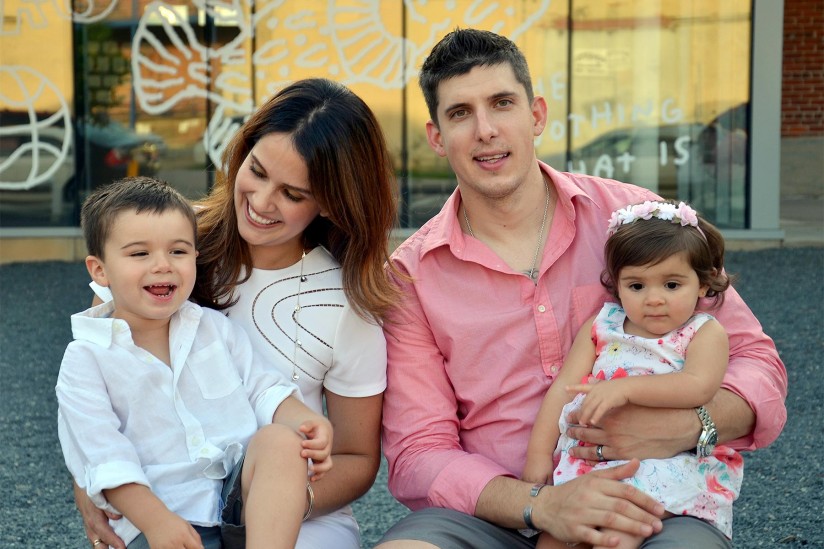 Jeremy Todd poses with his family. (Photo/Courtesy of Jeremy Todd)

Despite the personal strength that he drew on during that difficult time, Todd wanted to be sure to give credit where it’s due.

“My wife carried me through,” he said. “She is really the superhero in all this. The wives are the unsung heroes of the military, the spouses that deal with everything. Without good wives and family, I don’t think soldiers would be successful in their missions and everything they do.”

One of the most important things Todd said he learned in the military was the value of family. For him, people are always priority.

“The Army has a saying,” he said, “and when I mess up, it’s how I refocus: ‘Mission first, people always.’ It’s about having your priorities in order. My family. The Special Operations community. That’s what life is all about: relationships.”

Todd is savoring the current chapter in his life, one he feared almost wasn’t going to be written. “I feel blessed to be alive and able to do what I’m doing,” he said. “I’m really thankful that I was selected for this program because it allows me to focus on my wife and kids, as well as my education.”

For soldier Jeremy Todd, the latest deployment is at USC