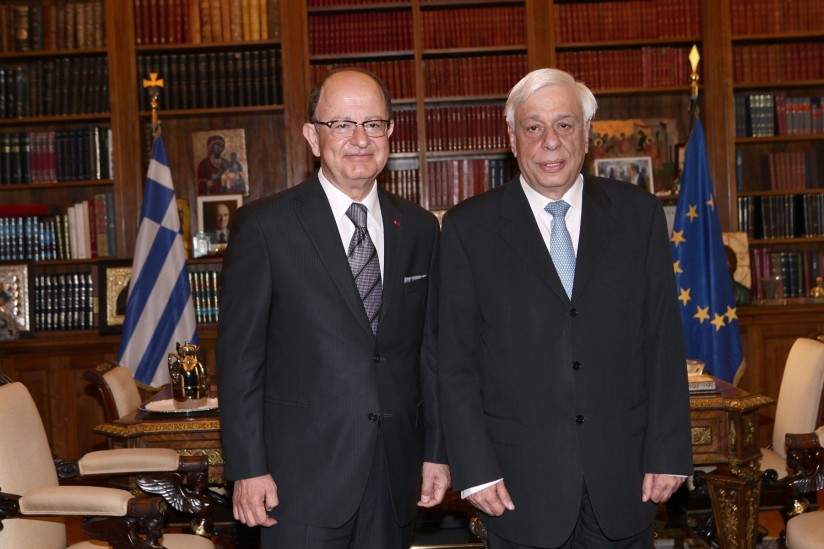 USC President C. L. Max Nikias has been honored by three leading Greek academic institutions during his current trip to the country.

The president was presented with an honorary degree from the University of Crete on May 17.

He was inducted into the Academy of Athens, the nation’s leading research institution, on May 24.

The next day he was issued an honorary degree from the University of Piraeus, based in the port city serving Athens.

Nikias also met with Prokopis Pavlopoulos, president of the Hellenic Republic, and presented him with a book commemmorating USC’s Olympic heritage.

Nikias, a native of Cyprus, has personal roots in Greek higher education: He received a diploma from the National Technical University of Athens, and later earned his MS and PhD from the State University of New York at Buffalo. He is accompanied on the trip by his wife, Niki C. Nikias, who earned her bachelor’s degree from the Athens University of Economics and Business in Greece, and later an MBA at Buffalo.

Nikias praises county’s support of the university’s mission and looks ahead to biotech park as the next big partnership.

The recognition comes from the Woodrow Wilson International Center for Scholars.